I wrote the following back in April:

More on the subject of running, Rebecca and I are looking forward to checking out was is called a Hash Run. Our friends Bill and Ana from m/v Knot Tide Down told us about them when we cruised with them back in the states. Apparently they “run” them every other week in Grenada.

Yesterday, after 8 days in Grenada, we were finally able to take part in one and yes, we had a blast. Almost if they planned it, half way through the run the skies opened up with a serious downpour and the first bit of thunder that we have heard since our arrival in here. Although the rain put a bit of a damper on the after-party, everyone seemed to enjoy the event, including us. We’ve been told that they’ll be running a Hash every Saturday in July giving us plenty more opportunities to get sweaty, wet and muddy. Fun times! 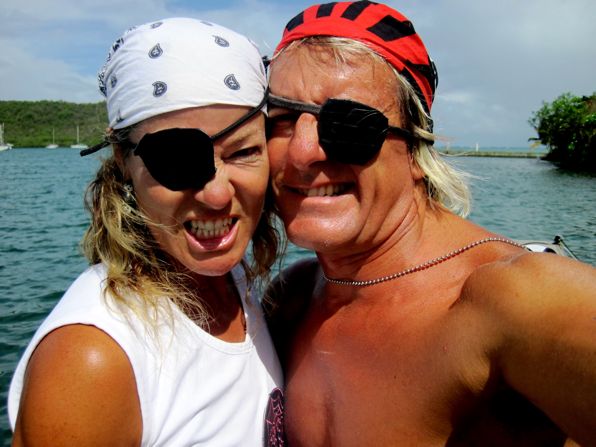 Yesterday’s hash was a bit special in that it had a Pirates of the Caribbean theme. Here we are, all decked out, waiting for everyone to arrive. The only problem is, we’re in the wrong bay. I’m sure glad we have a fast dinghy because, after realizing our mistake (MY mistake), we were able to zip over to the correct pickup location. 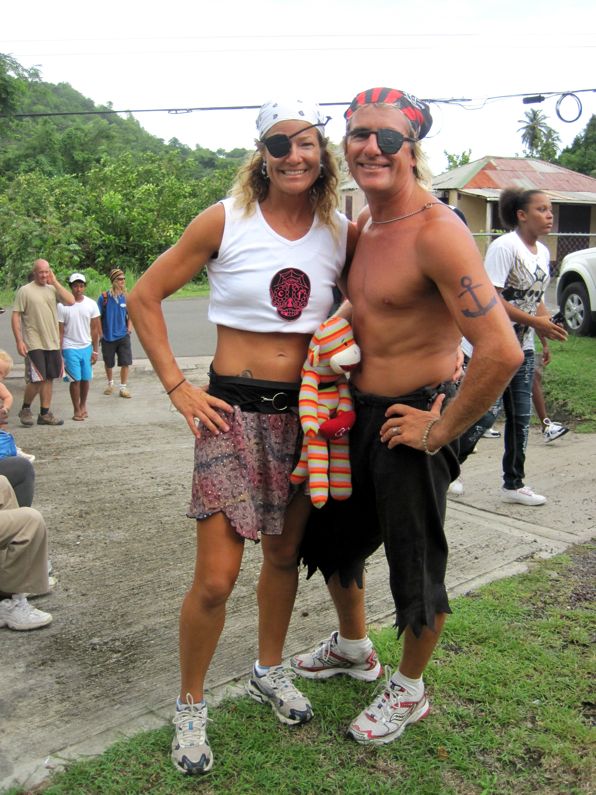 This is the before picture. 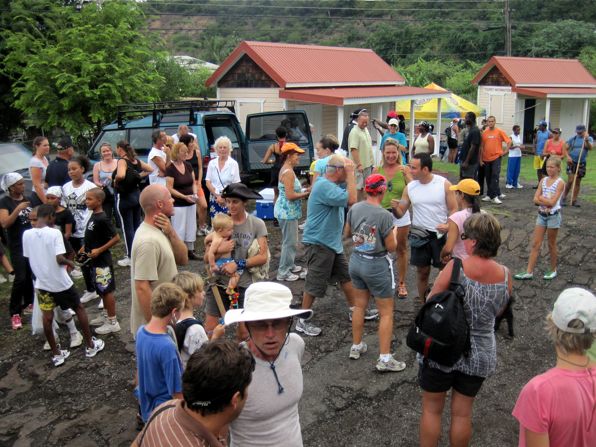 A sampling of the men, women and children ready to take part. 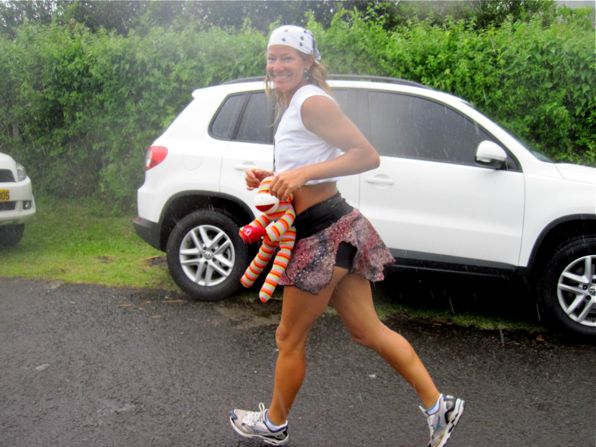 This pavement was soon to be replaced with a muddy trail. 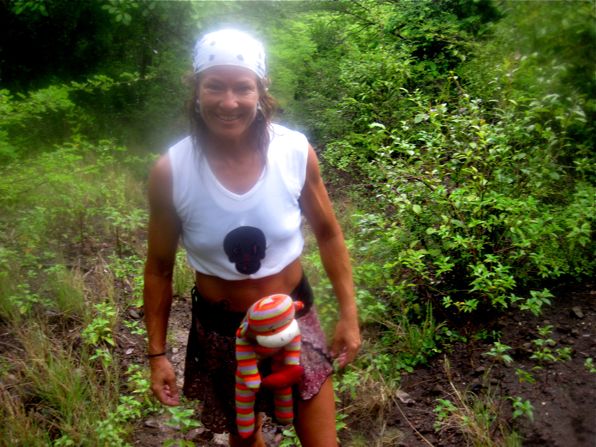 A blurry photo because, yes, it’s raining, and the lens is all wet. 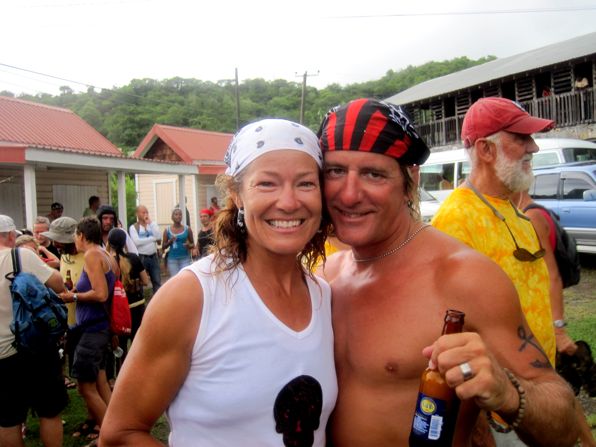 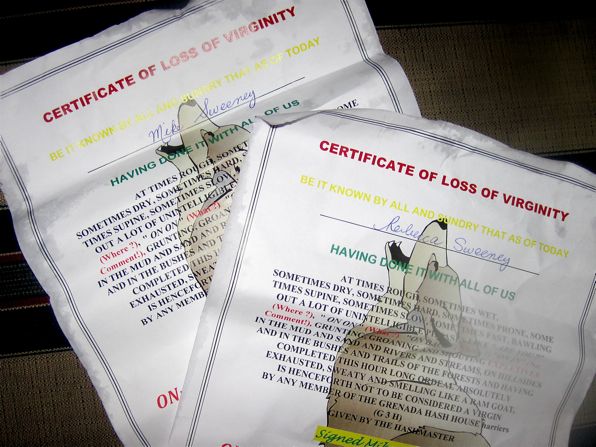 Life on the hard is hard!