As most of our readers know, Rebecca and I are huge fans of the TRX for strength training. We have written about the device countless times and have uploaded numerous workout videos to our Youtube channel. We have come to learn though that the company which manufactures the TRX does not have the market cornered when it comes to suspension training. On the contrary, for the past 6 weeks we have been using a competitive product, the aeroSling Elite

, instead of our trusty TRX.

Approximately 6 months ago the owner of the company which produces the aeroSling, Elmar, contacted us and offered to send us some sample products to see how we liked them. Not one to turn down free exercise stuff, we of course said yes and told him that we’d pass along our thoughts to him after giving the items a fair test. At the time that he first emailed us, we were still in transit so we asked Elmar to hang on to the material and not ship until we had landed safely in Grenada. After arriving here, and with the help of our friend Donna who kindly ferried the items to us from the US, Rebecca and I ended up with some new toys to play with. 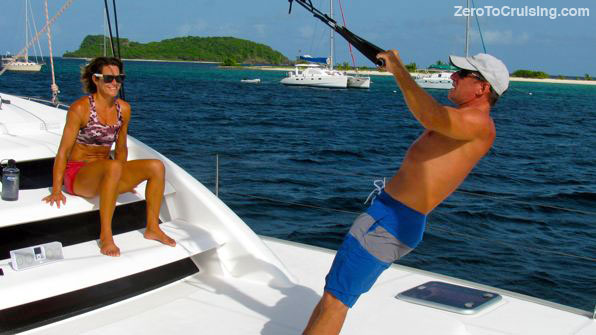 Just because we were on a new boat, you didn’t think
that we’d leave our exercise gear behind, did you?

I’m going to go on the record to say that I am a complete sceptic when it comes to exercise stuff. I have seen all the late-night TV BS which promise fast-and-easy weight loss and bulging muscles. Because of this, I had in my mind that the aeroSling just might be a cheap knock-off of the TRX. As soon as we opened the package though we knew that this was anything but the truth. It was obviously high quality!

The aeroSling functions on the same principle as the TRX, that being, it uses your body’s own weight as resistance. The position of your body controls the amount of this resistance and thus the difficulty of the exercises. This is something that we both really appreciate because it allows two people of different strengths and fitness levels (ie, Rebecca and I) to work out together without wasting time changing plates on a barbell. In fact, to illustrate this even further, our guest Michael, who obviously does not work out like we do, was able to try a couple of different exercises in between the sets of one of our workouts, without adjusting the device at all.

So what’s the difference between the two devices? The first thing you’ll notice when examining them side by side is that instead of the webbing that the TRX is made from, the aeroSling uses a high-strength cord. The metal buckles on the TRX have been replaced with friction knots, the same type that rock climbers use to ascend mountains (and we use to climb our mast). Both the buckles and the friction knots allow the length of the device to be easily adjusted. The handles and foot straps on the aeroSling are attached with wire-gate carabiners, which we have found hold up much better in the moist air than those with solid gates. The handles themselves appear to be very well constructed with a metal sleeve inside the padded grip. This should reduce chafe, adding to the longevity of the device.

The major difference between the two devices though has to do with the aeroSling’s center pulley. One key benefit to suspension training, both with the TRX and the aeroSling, is that the exerciser must keep his/her body balanced and in control throughout the motion or the handles, which are not affixed at the center point, will slide. This really forces you to keep your core tight, which adds to the exercise value. While the TRX is not really designed to facilitate this sliding, the aeroSling, with its smooth-running center pulley, is. The benefit to this is that an assortment of new exercises are available to those using the aeroSling which are not possible on the TRX. Many exercises are also a bit more challenging, requiring the user to maintain excellent form and concentration throughout the set. The downside, if you wish to call it that, is that if one fails to keep proper form, on some motions it would be easier to slip.

Final verdict? I can honestly say that both products are excellent. That said, we have been using the aeroSling exclusively since we acquired it. Why? It is shiny and new while our TRX is showing a bit of aging from 5-6 years of almost daily use. We also appreciate the exercise variations that the new device allows. Which one should you purchase? Great question. I really do think that you’d be happy with either choice. I described the differences so hopefully that will make it easier for you to decide. For those loyal readers who are always eager to help us out, we will receive affiliate benefits if you purchase either the TRX or the aeroSling

by clicking the links on our site, so that should not enter into the equation for you.

As always, if you’re in the neighborhood of where we’re anchored, we’d be happy to give you a free one-on-one introductory suspension training lesson, either on ZTC, on your boat or on land. Just send us a message if you care to take us up on that. 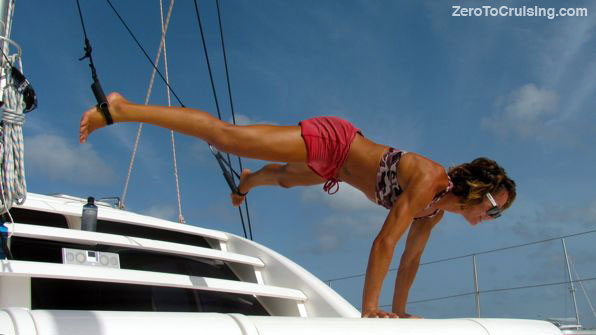 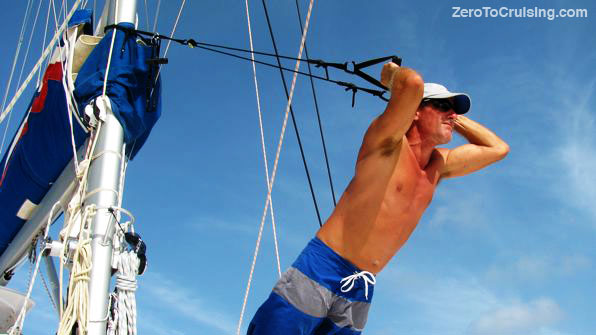 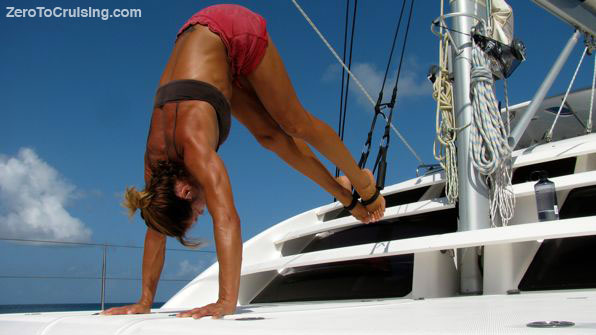 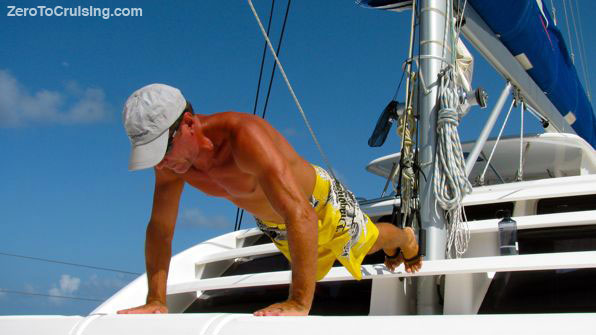 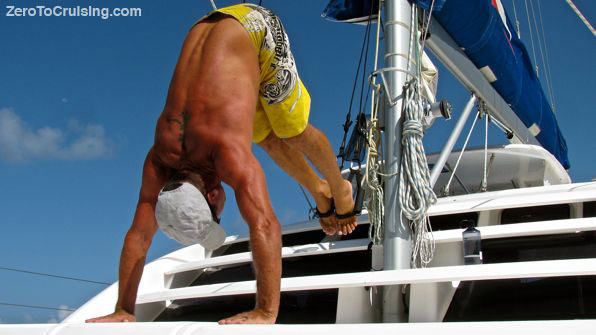 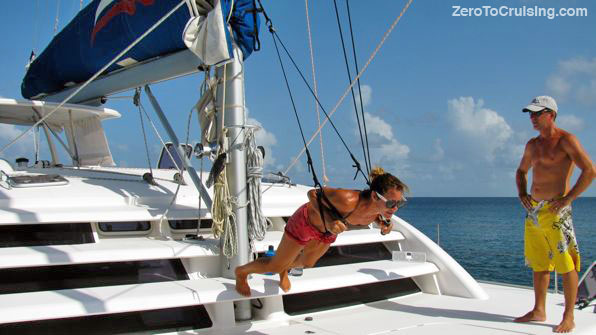 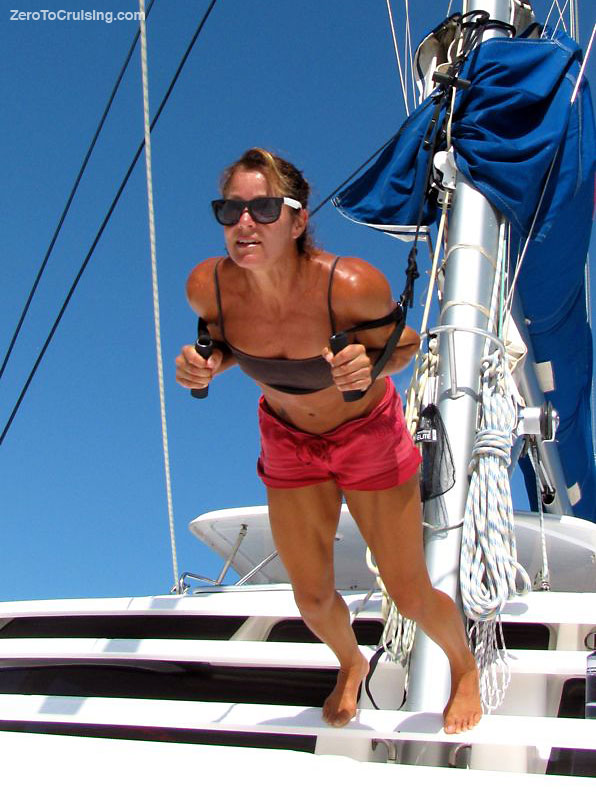 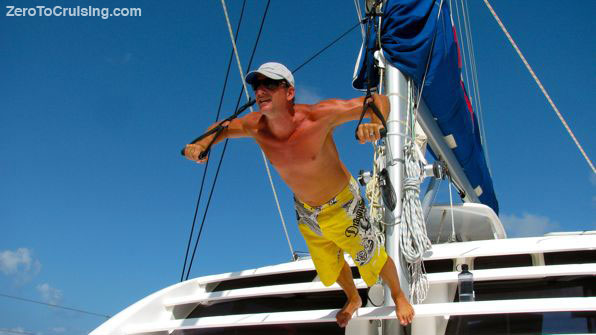 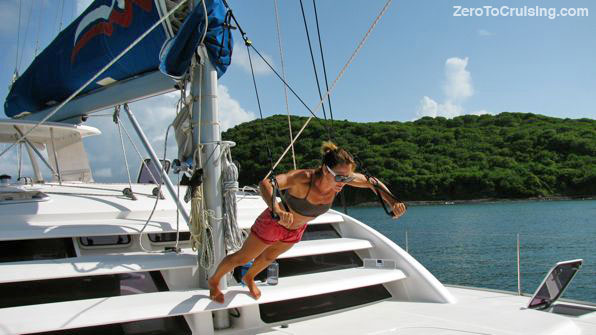 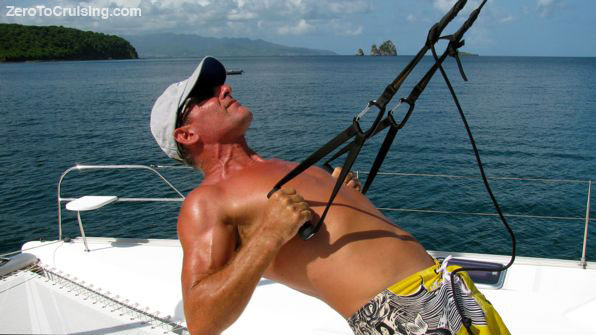 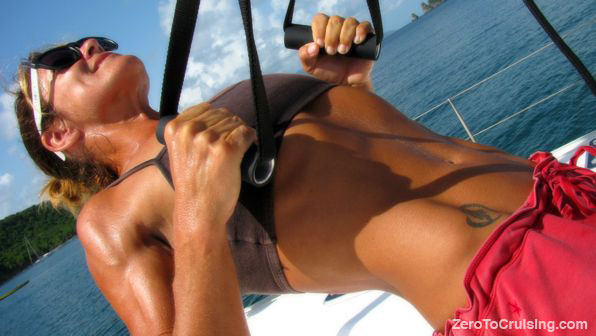 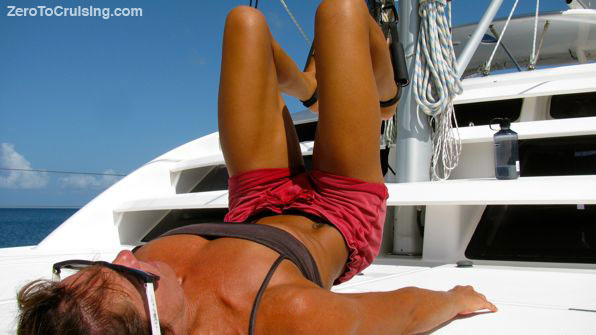 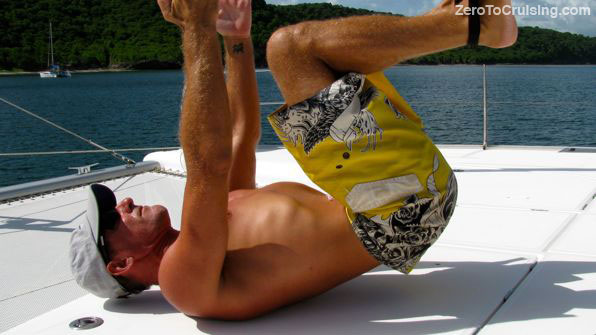 A place to reside