Do you know what the continental divide is? I’m going to admit that, until just recently, I didn’t. According to Wikipedia:

“A continental divide is a drainage divide on a continent such that the drainage basin on one side of the divide feeds into one ocean or sea, and the basin on the other side either feeds into a different ocean or sea, or else is endorheic, not connected to the open sea.” 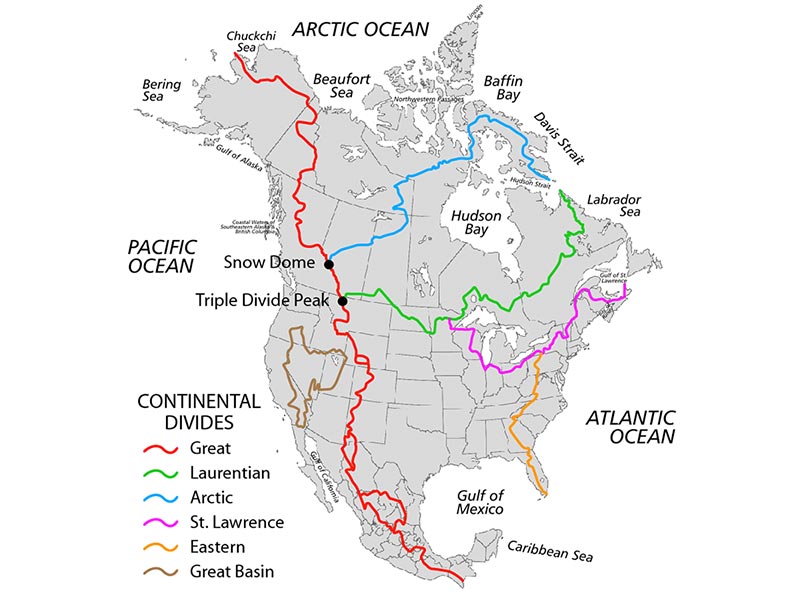 You may or may not also be aware that approximately following this divide, running through parts of Alberta, British Columbia, Montana, Idaho, Wyoming, Colorado and New Mexico, is a mountain bike route mapped out by the Adventure Cycling Association. On this path, the Great Divide Mountain Bike Route (GDMBR), an amateur race is held each year to see who can complete the 2700+ mile journey the fastest.

The race, referred to as the Tour Divide, officially begins in Banff, Alberta and ends at Antelope Wells, New Mexico. The record time to complete the race is 13 days, 22 hours, and 51 minutes (do the math… that’s an insane pace), and was set last year (2016) by endurance racer Mike Hall. Yes, we were following his progress! 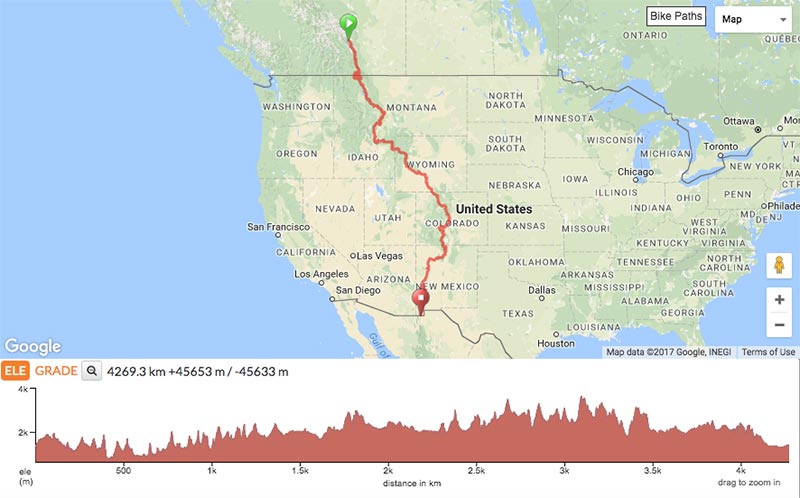 Not too long ago we knew nothing about any of this, but somehow, somewhere, we got turned on to a movie called Ride The Divide, a documentary of sorts which followed several riders competing in the Tour Divide. While watching the video (for the 1st, 2nd, 3rd and 4th time) hasn’t inspired us to race the route, – because given our complete lack of experience, that would be just silly – we are super stoked to ride it. So, weather depending, that’s our current plan for making our way through the US.

Generating electricity while on the move