Apparently the little land crabs, which we see scurrying away to hide in their holes as we walk through the woods, have much to be scared of. When we went for a (LONG) walk on Sunday, we had no idea that they were taking cover because they know the traditional Easter meal in Martinique is Matoutou, crab! 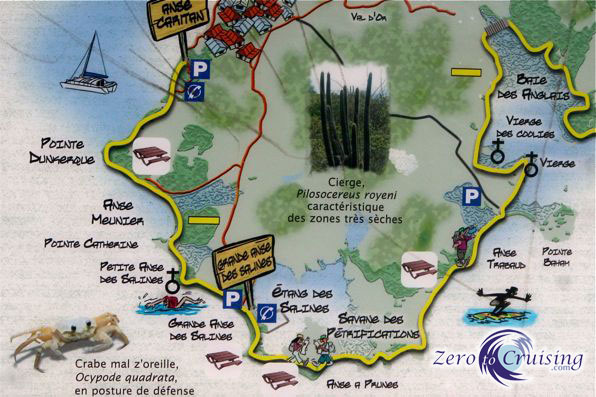 Here is what we found while doing some after-the-fact research:

“Traditionally Easter brings local families toward one of the beautiful beaches where they spend the day or go for a weekend camping. Equipped with tents, large tops and lots of music, ready for an unforgettable party friendly weekend.

And then each enjoys on Easter Monday the delicious meal: Matoutou Crab while swimming and playing football or other games on the beach.

The crab catchers leave for long hours  one day after an other, laying traps with bait, often a piece of dried coconut or chilli, because of its scent. They put their traps on the crab holes in the woods along the beaches, mangrove or wet savannas. Crabs don’t let themselves be caught easily, and they come out at night. the crab catchers need lots of patience, time goes by chatting, playing dominoes and listening to the sounds around especially to hear the “Pock” which is the noise of the trap closing (and hoping having caught a nice big crab with a nice clamp. crabs are caught mostly by dusk and dawn when the crabs leave and return to their holes.

Before preparing the delicious meal: Matoutou Crabe, you must first feed the Crabs, which explains why they must be caught weeks before Easter, they will be fed during this period with coconut, fruit, bread fruit, melon and some chili not to much because it makes the legs and clamps fall off.”

As we walked by throngs of campers who had lined the beaches with their tents, stereos and of course, their smiling faces, we saw several of them actively involved with cooking up this special meal. By the time we arrived at Anse de Salines, my stomach was growling so we decided to stop at a little open-air restaurant that just happened to be serving the traditional specialty. Never ones to shy away from trying something new, both Rebecca and I ordered a plate to see what it was like. There was a bit of a delay in actually getting to taste the crabs once the meals arrived at our table because, armed with only a plastic knife and fork, we weren’t at all sure how to attack them. With a bit of gesturing back and forth with our French speaking hosts, we learned that we should simply take a big piece of crab, shell and all, put it in our mouth and start chewing. When it is broken up, the sweet meat is sucked away from the broken shell and the remnants spit out when done. Simple! 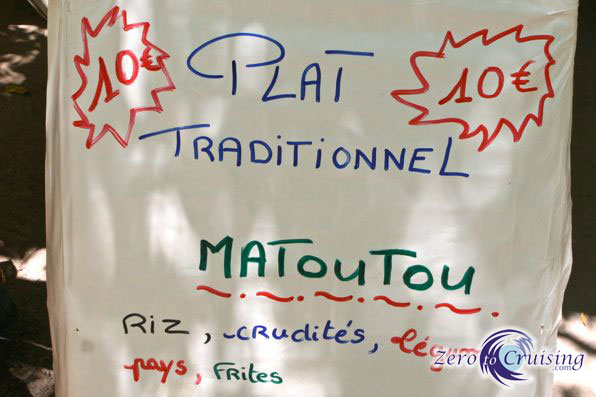 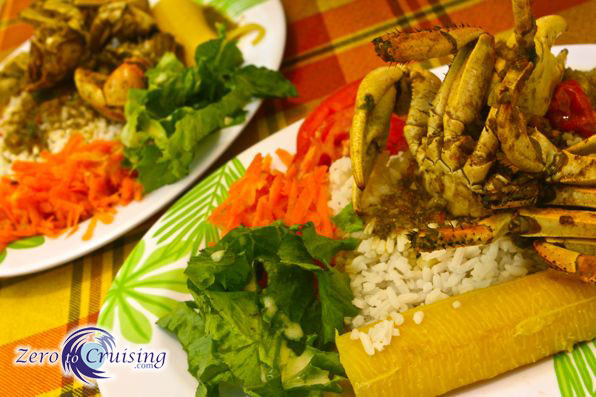 Considering that it doesn’t look as if there’s a whole lot of meat on the crabs, it was surprising to both of us just how filling the dish turned out to be. It was quite tasty… we give the meal two claws up! 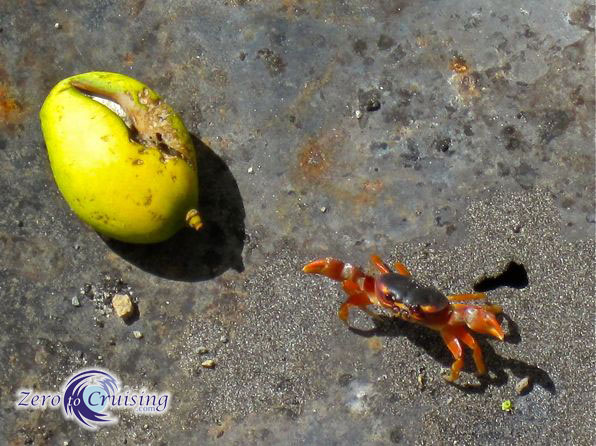 We passed the interview