Magen’s Bay will have to wait

Since discovering our very dirty fuel filters, I have continued to explore the idea of having the tanks professionally cleaned. The day before yesterday, we visited our friends on s/v Feel the Magic to discuss our fuel situation as they had quite a bit of drama relating to dirty fuel last season. During our talk, Hank affirmed something that I was already aware of, that it is important to keep the fuel tanks full so as to minimize the condensation that can form in them. I mentioned that we had not yet topped up with fuel since Michael, Carl and Deb left on the 14th.

Yesterday, with our immediate chores in Long Bay having been completed, we decided to go around the western end of St. Thomas and head east to Magan’s Bay, a spot which we had yet to visit. As we got underway, we could feel that the wind was blowing a bit stronger than it had been the previous couple of days. That was not ideal for heading east but what can you do? 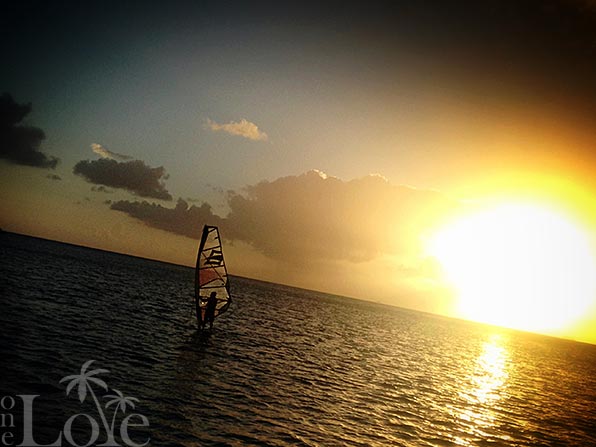 While on route, before reaching the western end, I noted that the port fuel tank gauge had bottomed out, showing nothing. This gauge has not been functioning properly and in fact, only a couple of days earlier, I took a crack at troubleshooting it. I got so far as to determine, in my mind, that the issue is not being caused by a faulty connection between the top of the tank and the helm. That’s as far as I got though.

As we came close to rounding the corner to head east, we found ourselves in a washing machine of waves. That and over 20 knots of wind! We had been making our way between a number of small islands and rocks, and while we were not under sail, Rebecca and I made sure that the sheets and halyards were ready to go, just in case we experienced some unexpected drama.

I created a post on Facebook the other day posing the question “how much sea room do you require to feel comfortable when traversing a lee-shore coast line?” Personally, I like to have a fair amount, much more than I see many other ship Captains settling for. I always play the “what-if” game in my head, trying to have a solution prepared in case we experience some unforseen engine drama, a wind shift or a failed tack. Distance equals time in these situations.

Once we started heading east into the large swell, the wind was (of course) right on the nose and with both engines running at somewhat less than cruising revs, we were making about 5 knots comfortably (comfort is a relative term). At this point I considered transferring some fuel from the starboard to the port tank, just in case it really was as low as the broken gauge was showing. One Love is fitted with a fuel transfer pump with a control switch at the helm to address situations just like this. I decided to wait until we got to the calmer waters of Magen’s Bay to do so though, a spot which at that point in time, was about an hour away.

That’s pretty much precisely when the port engine died! Crap!

Assumed cause? Out of fuel.

With only one engine working, our speed and control in the wind and waves dropped considerably. This is precisely why I like to have sea room! I decided to do a 180 and run with the waves while sorting the situation out. Using the transfer pump that I mentioned, I moved some fuel from the starboard into the port tank and then while we were surfing down the waves, Rebecca got down into the port engine compartment to bleed out the air which was now likely in the fuel line. Good thing I showed her how to do that, isn’t it?

With fuel in and air out, we got the engine going again. Then, while the boat was still heading west, Rebecca took the helm while I got the jerry can of diesel that I keep up front and poured that into the tank as well.

Assuming that there would be no fuel at Magen’s Bay, and knowing that we now really needed to fill up, we changed plans and headed almost all the way back from where we had come from to Crown Bay to refuel.

With that fuel drama taking up our entire morning, we opted to pass on Magen’s Bay, choosing to save it for a time when the easterly winds are perhaps a bit less brisk. We opted instead to settle into nicely-protected Brewer’s Bay by the airport, another spot that we enjoy visiting. It may not have been exactly what we had wanted but it was still perfect to relax a bit, and complete the chores that we had lined up for ourselves.

Take home lesson: We need to get those fuel gauges working again! 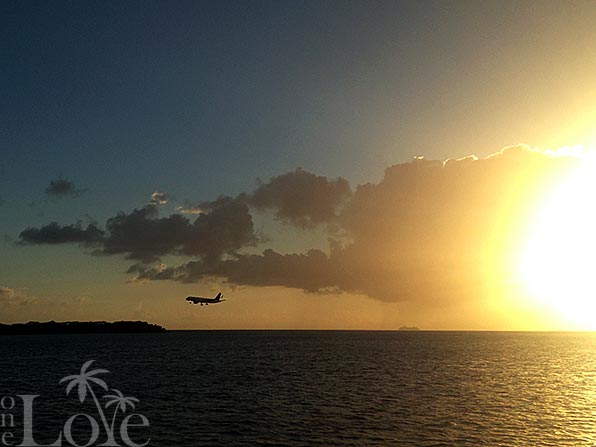 A little bit broken to a lot broken

News on ZTC and a chance to go sailing

Off to a rocky start