While some days begin slowly, others kick off with a bang. Yesterday was more like the latter. Immediately after blog/exercise time, Rebecca and I were off and running. The day started off well when we received a call from FedEx to say that our passports had arrived back in their office. I don’t know if I mentioned this but as our passports were due to expire in March of next year, we knew that if we didn’t get them renewed now, we’d end up in a real pickle. As neither of us had any short-term plans to return to Canada, we were forced to send our passports off to the nearest consulate, Barbados, in order to get them renewed.

Being in a foreign country without a passport is a bit unnerving, especially when we had plans to leave in the not-too-distant future. When it comes to things of this kind of importance, we only trust FedEx! Fortunately they offer a service where, for about a hundred bucks, they ship the passports to the embassy and include in the package a prepaid return bill so that the new passports can be returned by FedEx. The peace of mind that comes from having a tracking number which actually works is worth the money in our opinion. Anyway, after a quick trip around the lagoon to the FedEx office, Rebecca and I were relieved to be all legal once again. 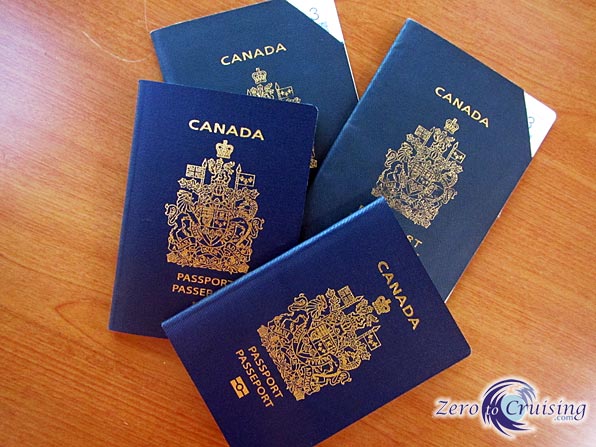 Just think of all the places we can visit now that we have new passports!

In addition to that call from FedEx, we also received notice that our shipment of foam was due in this week so I had some leg work to do on that front. In order to pay the minimum amount of duty on imported goods, cruisers must pay a visit to the Customs Office with a copy of their ship’s clearance papers and the invoice for the imported goods to obtain a C14 form. With that in your possession, or in your broker’s possession, the goods are subject only to a 2.5% duty. Without that form, I think the duty is in the 30-40% range! Fortunately for us, we were able to resurrect our printer and print off a copy of the invoice. It’s also very handy that the Customs Office is located right in Port Louis Marina. An hour of effort and the wheels have been set in motion for our shipment, once it actually arrives of course.

On the top of our list was moving our boat from PLM over to X-Marine’s dock so that they could begin the davit-reinforcement project. While the wind gave us a bit of assistance getting into our tight berth a few weeks ago, it was conspiring to hold us in place yesterday. There was, in fact, no way to get out of that spot without a bit of help from Nicholas in his tender.

Once underway though, the real fun was still to be had. We had to check another first off our list: Med Mooring with our anchor. Med Mooring, having your boat’s bow attached to a ball or secured by the anchor and the stern tied to the dock, is actually quite common in many places. It allows many more boats to be berthed than having them tied up alongside. We have actually had to do it several times but always by tying the bow off to a pre-set mooring. Yesterday was the first time we have done so with our anchor and in fact, this is the first time our Mantus anchor has ever been in the water! In addition to all that, we weren’t even really backing onto a full dock. We had to just bring the port aft corner of the boat to the end of the dock, after accounting for the wind which was pushing us to the side. Did it work out? Of course. Anyone watching might have actually got the impression that we knew what we were doing. Fun stuff, as always. 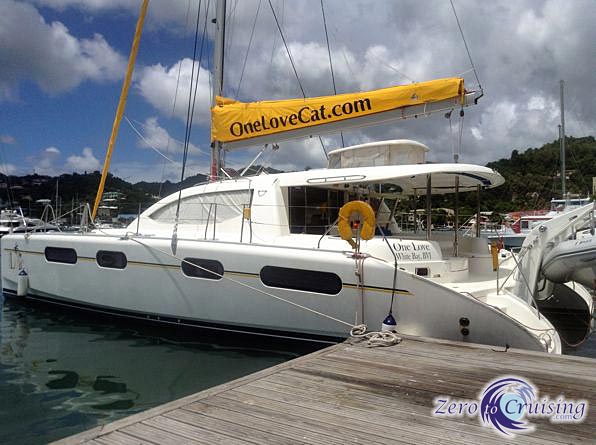 Shortly after tying up, Nicholas and Redman went to work to do a bit of exploratory surgery. We had a saying that we used in our martial arts gym: plans change upon contact. This is often true with boats as well. After opening up the hull, Nicholas explained that they would be changing gears slightly due to the irregular layup of the underside of the decking. Today the real work is scheduled to begin and we were advised that we might not want to hang around. I suspect there’s going to be a fair amount of noise and fiberglass dust about! Perhaps we’ll go visit our friends. 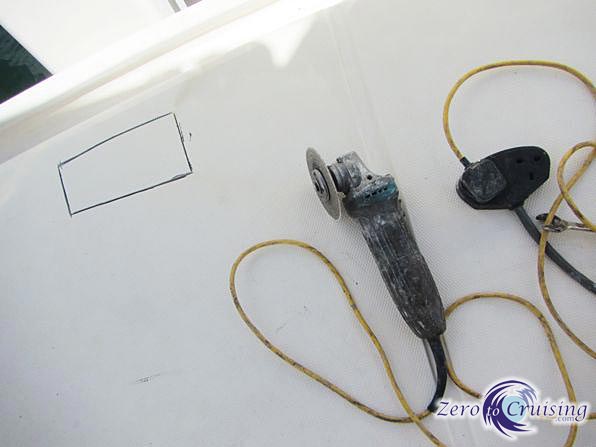 I think I heard the boat crying as this cut was made. 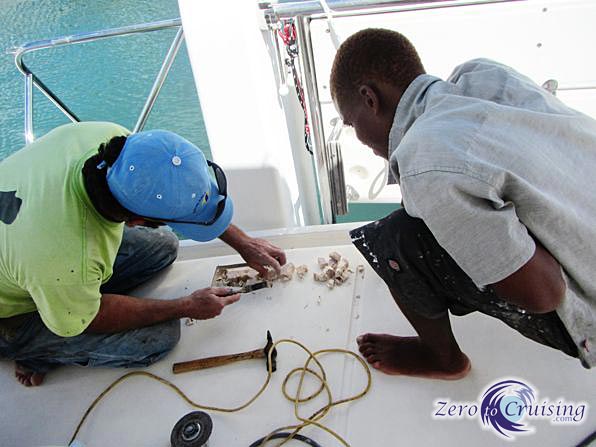 The doctor in surgery. 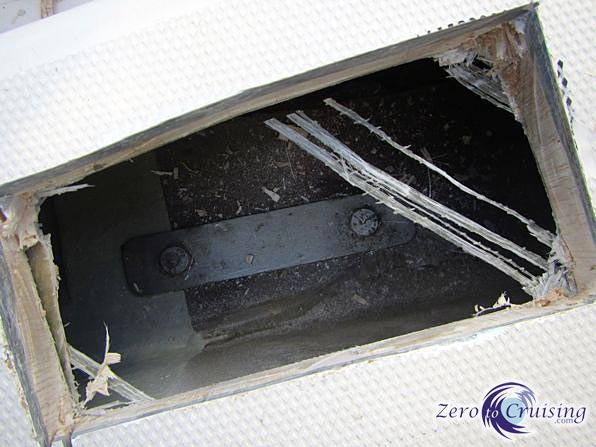 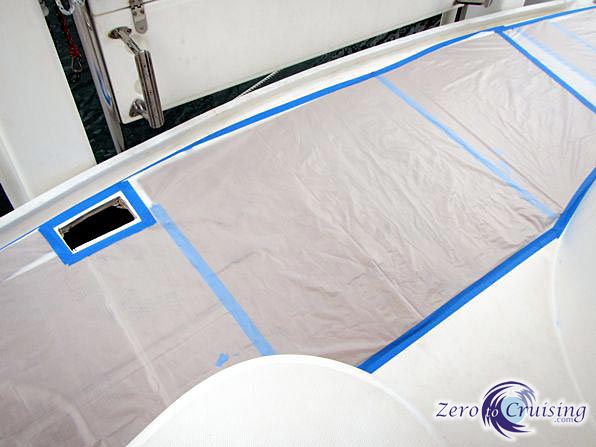 All ready for today’s fun.

All moorings are not equal

Crew be warned… we run a dry boat when underway!