Our friends on Facebook and Instagram received some teasers, both yesterday and the day prior, letting them know of our intention to revisit the Martinique beauty, Les Gorges de la Falaise. According to plan, we left the boat early yesterday — only a single cup of coffee early — to meet up with our friends Carrie and Carl, hoping to share the experience with them. The very nature of an adventure is that it contains at least a certain amount of the unknown though, and so it seems only fitting that our planned excursion to turned out to be nothing at all like what we had intended. 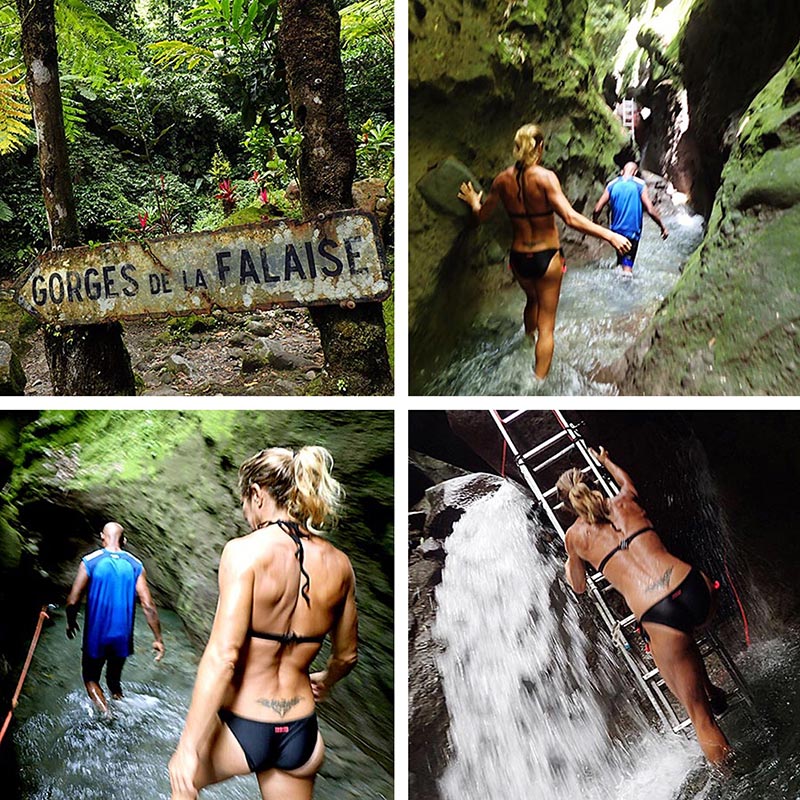 Trying to minimize the above-mentioned unknown component, we did check yesterday’s weather forecast prior to making our arrangements. We have been having a lot of rain lately, and neither of us were all that interested in repeating our last wet-weather adventure. The little weather icon on the Wunderground site showed a sun, only partially obscured by a puffy cloud, which we felt was much better than all the other days that were represented by images of heavy rain. It seems logical then that I’d think we would be in the clear. Mistake number 1.

If you’ve taken a look at the videos and images of Les Gorges de la Falaise that I included in my post about our last trip there (link above), you’ll likely have noted the high rock walls. Unfortunately, areas like that are prone to flash floods in times of heavy rain, and even though it wasn’t pouring at the time that we arrived at the entrance gate, after a 2-hour drive I should point out, the park was closed because the water levels were too high, and thus deemed dangerous. So, now what?

Since we still had the rental car for the remainder of the day, and nowhere specific to be, we collectively decided to take a drive across to the west side of the island, hoping to have lunch at a wonderful beach-side restaurant that we knew of, Le Petibonum. This turned out to be the highlight of the day!

We first heard of Le Pitibonum from our friend Steve Bennett, co-owner of Uncommon Caribbean. He had written about his experiences there, and encouraged us to visit, and to try to meet up with the owner, Guy, aka Chef Hot Pants. Earlier this year, during one of our other island adventures, Rebecca and I enjoyed a nice lunch at the restaurant. We never did get the chance to speak with the owner though.

Yesterday, as the four of us sat at a table, taking in the view of the ocean (why do sailors always end up by the sea?), we could see Guy working hard to prepare for the day’s business (we had arrived quite early). Taking advantage of the restaurant’s free Wi-Fi, I sent our friend Steve a private message, bragging to him about where we were, knowing that he’d be jealous. Steve urged us to mention to Guy that we were buddies of his, and when we ultimately did so, we were treated like old friends ourselves. 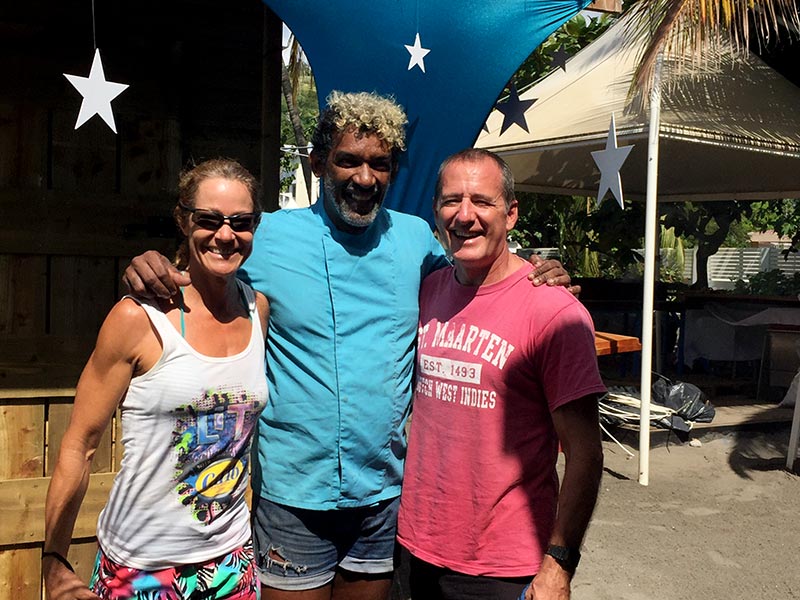 Rebecca and I with Guy Ferdinand, owner of Le Petibonum

After Guy gave us a tour of their new rhum bar, a round of Ti’ Punch mysteriously ended up at our table. If you recall my most recent post about French rhum, you’ll probably recall that I wrote that we’re not really fans. As such, we were a little apprehensive, but when the owner of the restaurant sends you a complimentary beverage, you drink it. And you know what, I’m happy that we did! I don’t know if it was the specific rhum that Guy mixed into the cocktail, his secret recipe, or the circumstances that surrounded it, but I actually quite enjoyed the drink. Not so much that I’d have been tempted to have another one, of course — I was responsible for driving everyone back to St. Anne safely, and those drinks pack a punch — but another day, perhaps. 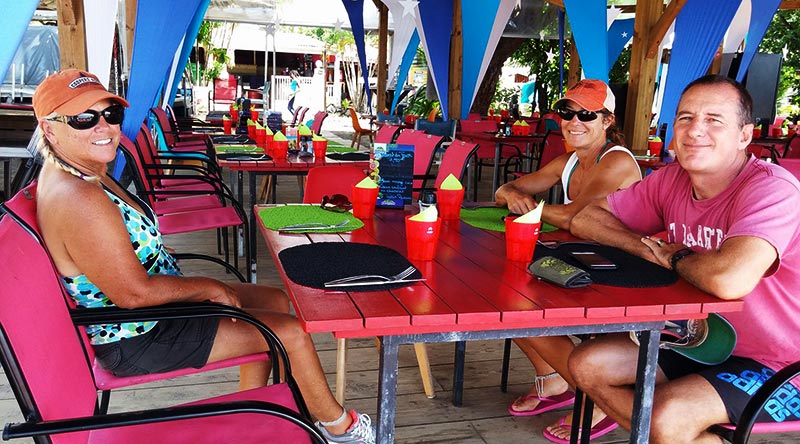 I would highly encourage anyone looking for a fantastic dining experience in Martinique to visit Le Petibonum. The gourmet menu is full of fresh, and creatively-prepared foods, the colorful beach-side venue is comfortable and welcoming, and the prices are more than reasonable. I only hope that next time we visit, our friend Steve is on the island too so that we can all enjoy the place together!

If you plan to make a similar excursion, be aware that the two-lane road that parallels the east cost is decidedly more scenic and enjoyable to drive on than the highway which follows the west coast. We made the mistake of trying to return to St. Anne via the west side of the island, traveling through Fort de France, and had to contend with the worst traffic jam in recent memory. Even though it was only 2:00 pm, the traffic was bumper-to-bumper, and stop-and-go, for most of the way, making the return trip much less enjoyable that our journey north earlier in the day.

Let there be light