Just another day in the boatyard

Some of you may recall that when we were last in Trinidad, we had Dynamite Marine repair our rudder’s stuffing box, and while they were at it, replace the packing material in it and the prop shaft’s stuffing box. There was some question about the graphite packing material that was used for the job (see comments on the above linked post), and Graham from Dynamite assured us that he’d fix it when we were next in town. I am pleased to report that Afzal and Curtis from Dynamite were on the boat the day after we hauled (they would have been there the same day but we collectively decided to wait until we were settled), and they got it all sorted for us. During the process of changing that packing material though, they found what could have been a fairly serious problem, and fixed it too!

The pics below are of the engine’s water muffler. In order to more easily get at the prop shaft, the muffler needed to be removed. When the guys took it out, they noticed that a portion of the bottom was badly corroded, and actually looked to have been repaired at least once in the past. If that were to leak, it could allow water into the engine room, and at fairly fast rate, I believe. Anyway, the guys took it away to have it tested and repaired, and it’s now reinstalled, better than ever. 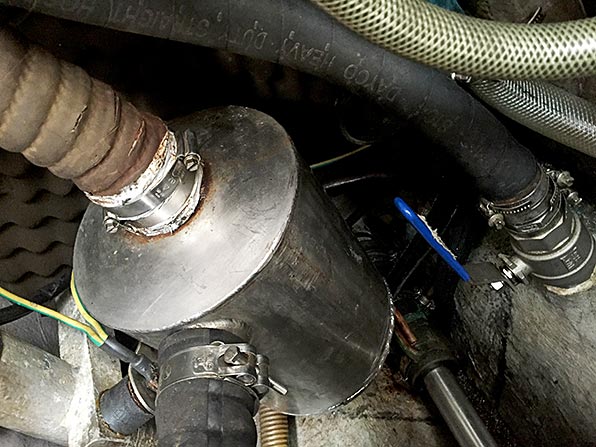 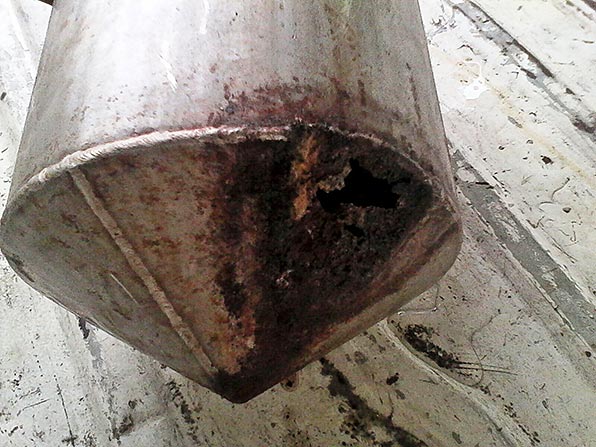 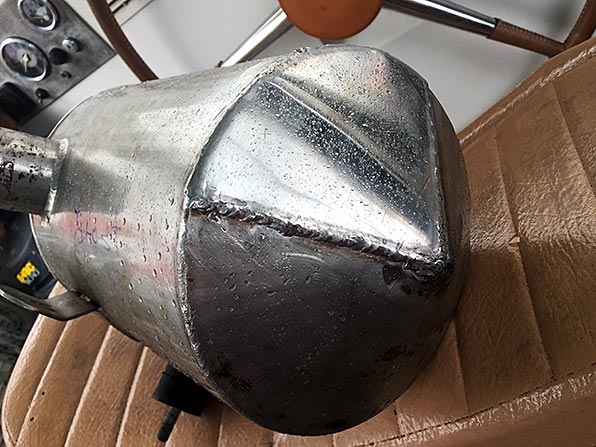 While waiting for the Perkins heat exchanger core to be returned, Rebecca and I decided to tackle the generator’s cooling system. Remember this post where I talked about replacing the gen set’s water pump impeller? While, at the time, I was able to replace it with a new one, I was not able to retrieve all of the broken vanes from the old one. Well, yesterday we found them, and more! Unfortunately, somewhere during the process of removing the end cap of the heat exchanger, or tightening the fan belt, I broke a wire off the generator. Of course I did! 🙁 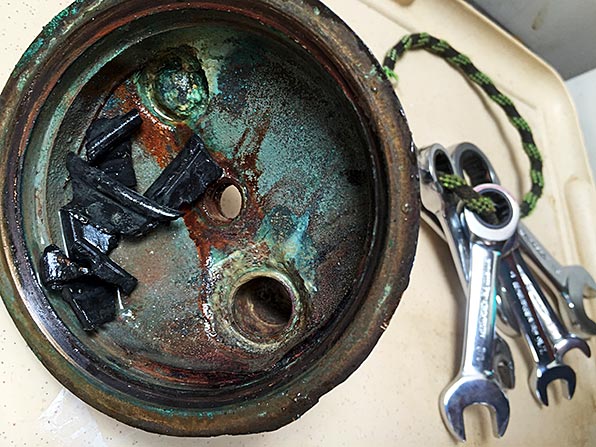 Our missing bits, and then some! 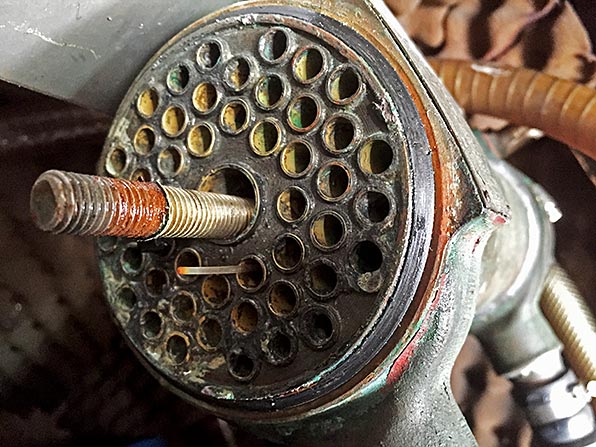 The core of the generator’s heat exchanger. It is quite a bit different than the engine’s. 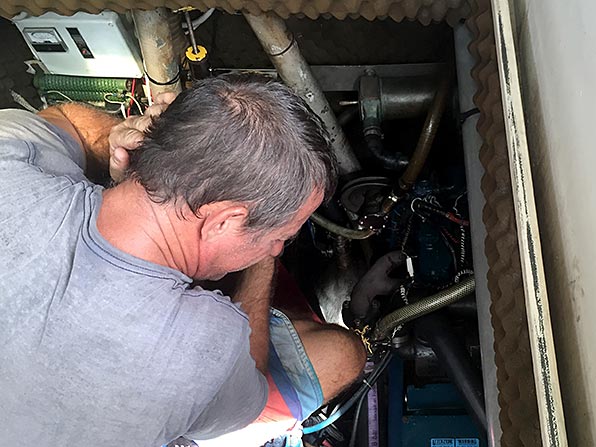 Scratching my head wondering “where does this wire (that I broke off) go?” 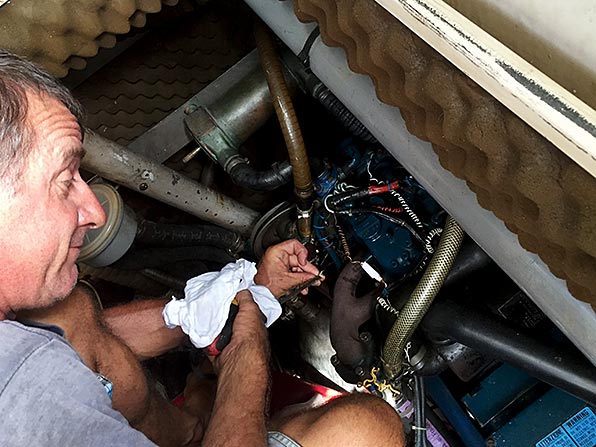 “I wonder how important it is.” 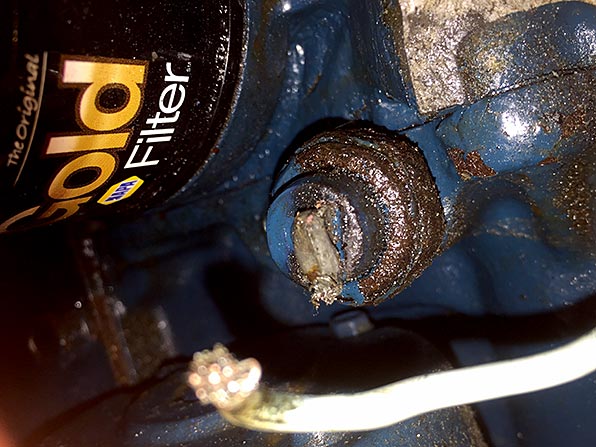 Ahhh, found it. My assumption is that this is an oil sensor. 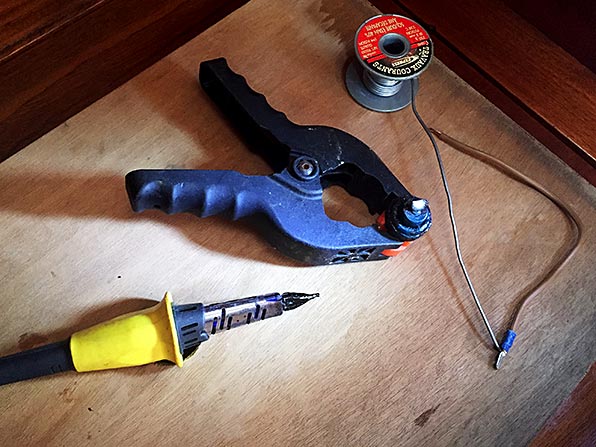 Once I located where it had broken off, what I found was that, in order to reattach it, the wire needed to be soldered. While, in the past, I was OK at soldering, having not done it in ages, I am really out of practice. Also, in order for me to reattach that wire, the sensor had to be removed, and before that could happen, we needed to drain the oil from the generator. Oh well, we were going to change the oil and filters anyway. Just another day in the boatyard!

Leave it on or take it off?

A Beginner’s guide to building a website – Part Two

Store drink cans without them starting to leak?