We’ve decided that we really need to start hiking with a grocery bag. Seriously! Much like in Dominica, there is such an abundance of food growing here on the island of St. Lucia, a simple walk in the woods can be not unlike to a trip to the market. This fact makes it even a bit more frustrating when we come across the same people lining the docks each day asking for a handout. Perhaps we should take them for a walk with us?

Of course, much of the easily-accessible land is owned and cultivated by farmers so when jungle shopping, we stay clear of any obvious plots like that. But these days, you almost have to watch where you’re walking to make sure that you either don’t slip on a recently-fallen mango, or have one drop down out of a tree and hit you on the head. Coconuts also grow everywhere, and the same caution applies to them. In fact, given their weight and the damage that they’d inflict if you did get hit by one, even more so!

Yesterday, Rebecca and I retraced our steps to the Anse La Raye waterfall with our friends off Earthling and Tua Tua. We passed by coconuts, oranges, limes, bananas, plantains, sugar cane, cacao, breadfruit and of course, mangos. Granted, some of these trees were owned by farmers but still, that’s a lot of produce.

During our walk we also came across a calabash tree and over the course of the few hours that we spent at the waterfall, Pontus carved us a beautiful Zero To Cruising bowl out of one of them. He later did the same for Earthling with the other half of the calabash. Pretty cool!

A word of caution for those who too are motivated to go jungle shopping: not everything can be eaten! I wrote before about the fruit of the Manchineel tree, nicknamed the Little Apple of Death for good reason. We learned something else on Friday: the shells of cashews are also poisonous. Yes, it’s true! Well, we didn’t actually learn it until yesterday when I Googled the subject, trying to find out why my lips were still burning. We were given* a cashew while at the Fish Friday party and several of us tried to open it by biting down on the shell. At least 4 of us ended up having our lips and tongues irritated by the nut’s caustic covering. This reminds me of the movie Into The Wild, a film which both Rebecca and I enjoyed. I won’t spoil the movie by telling you the plot but it does at one point show why having proper knowledge of a plant is important before you start ingesting it! 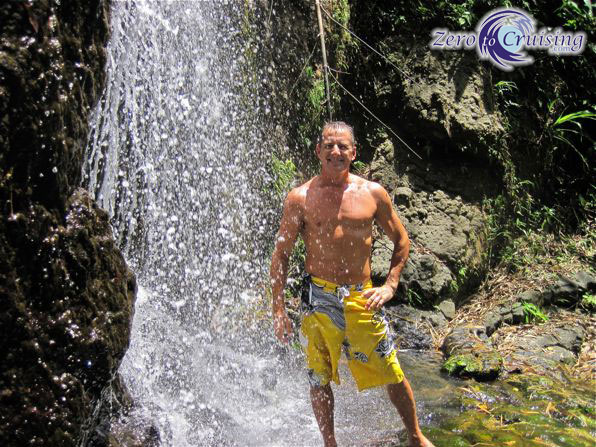 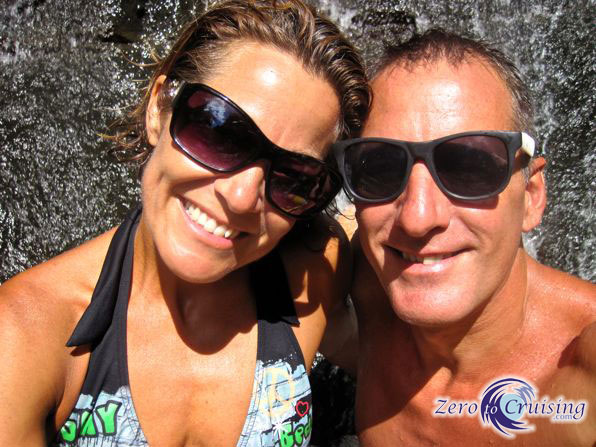 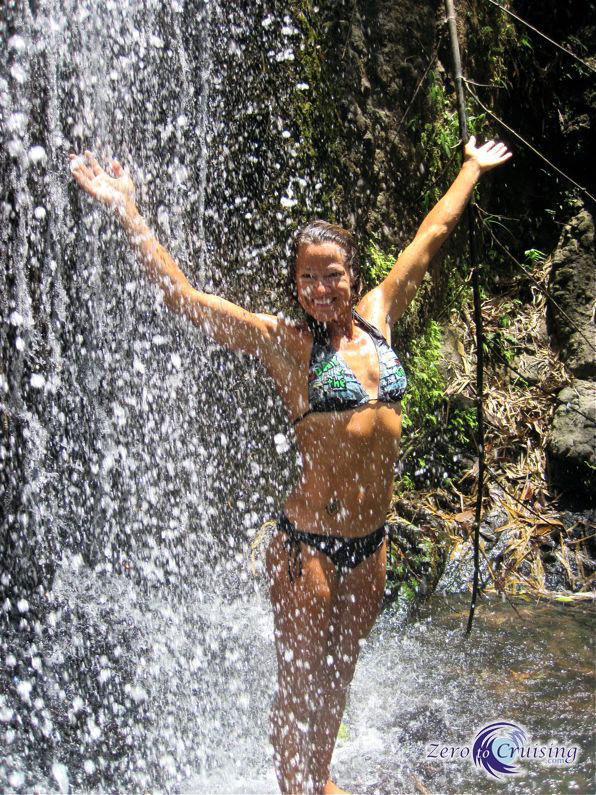 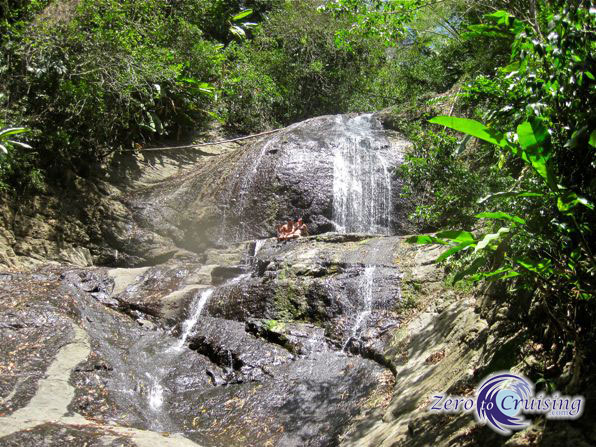 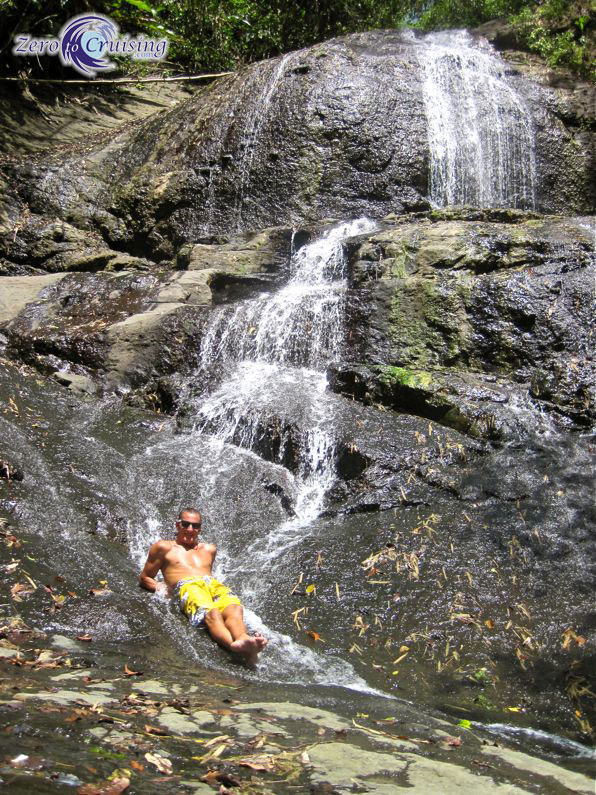 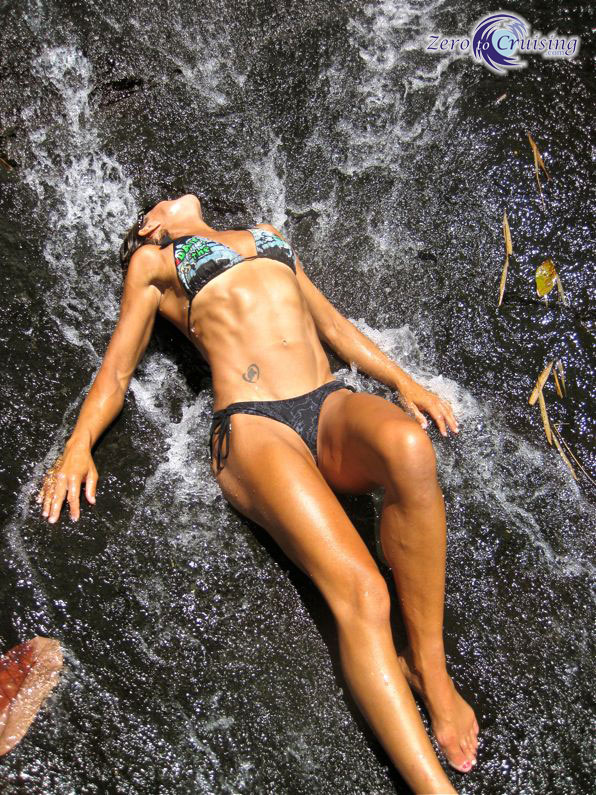 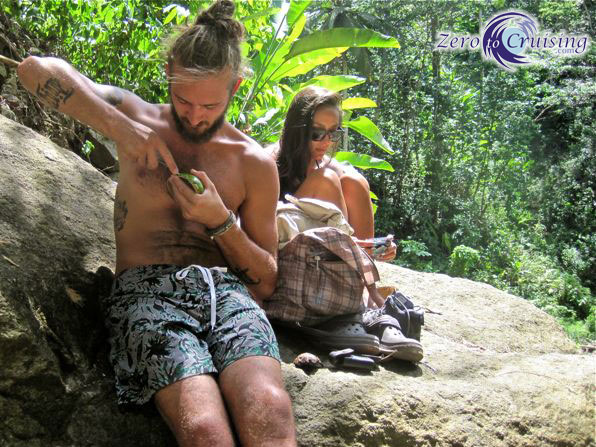 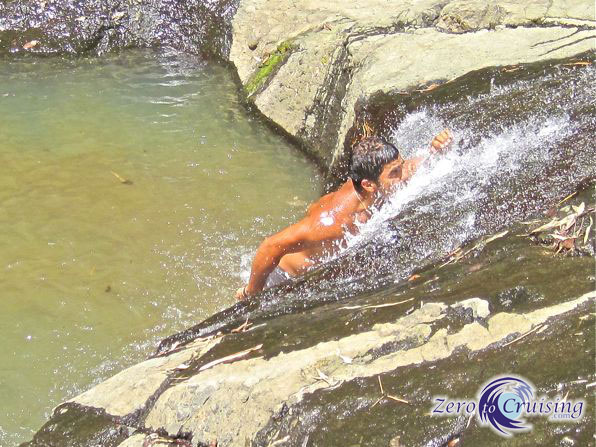 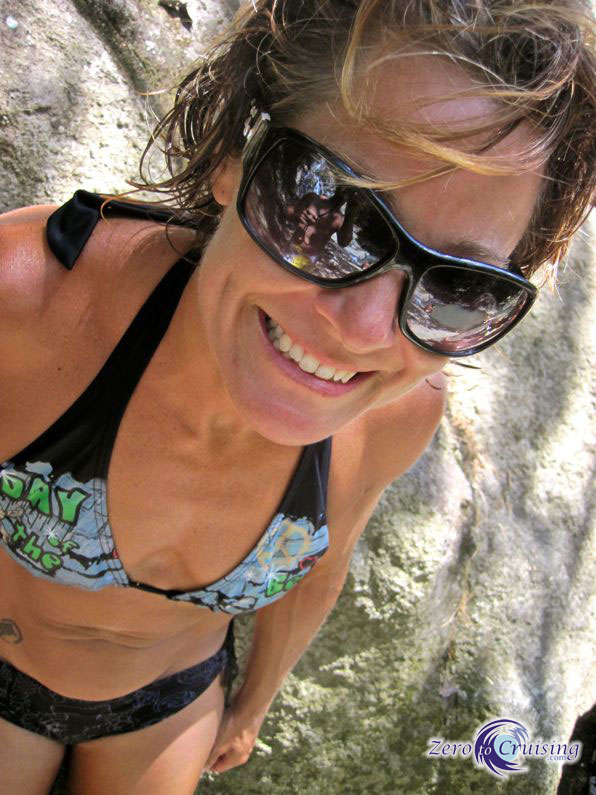 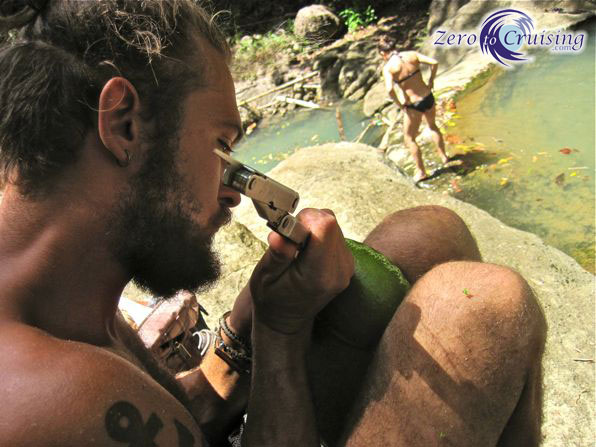 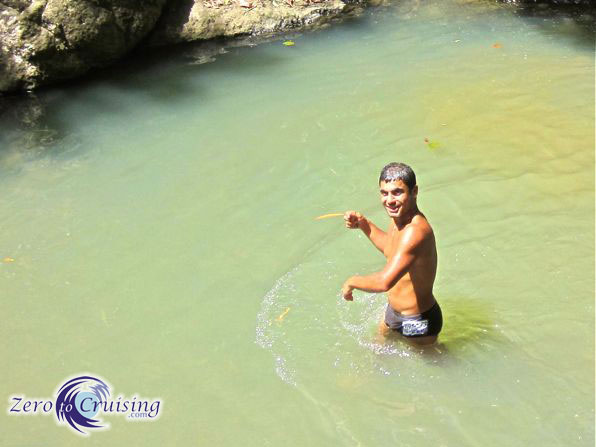 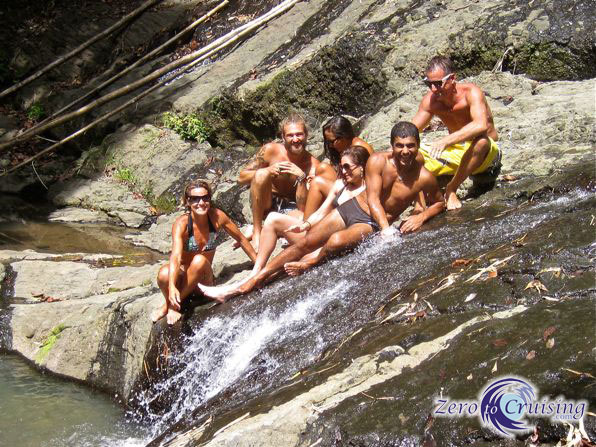 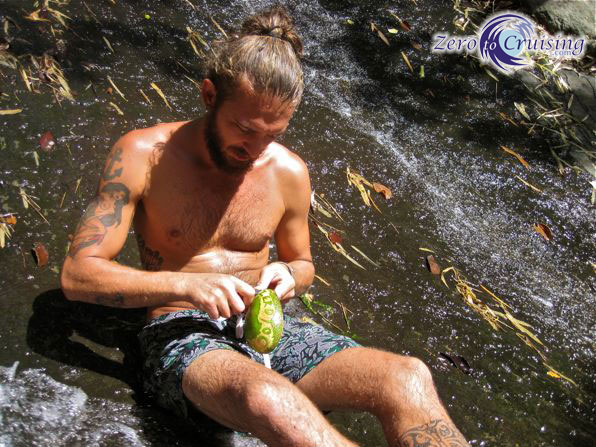 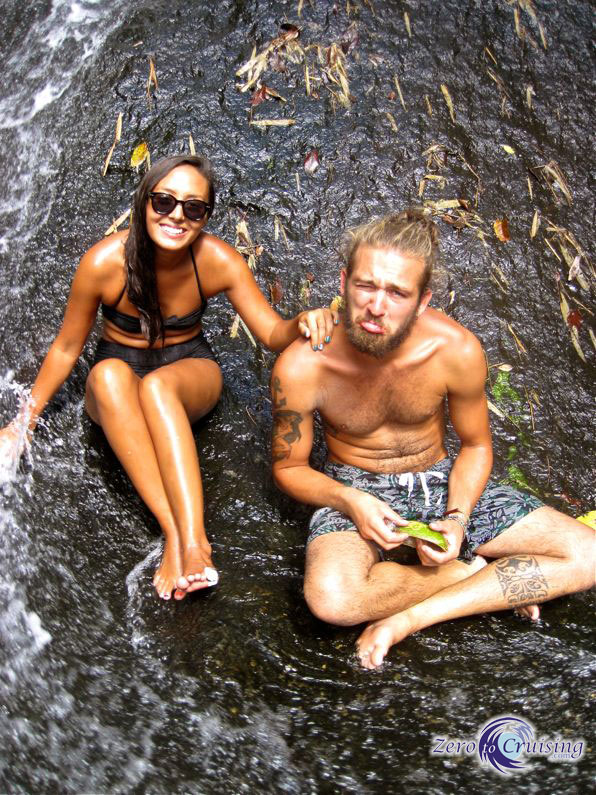 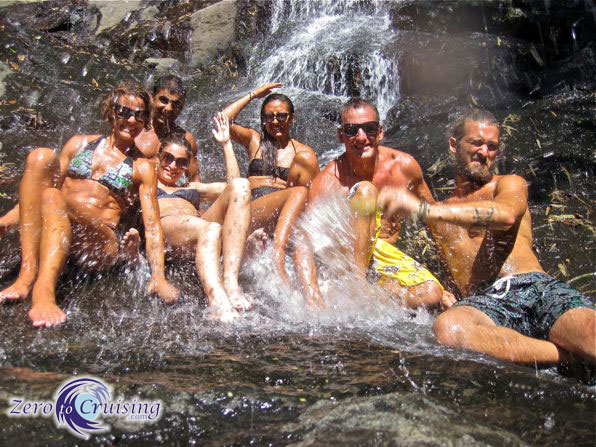 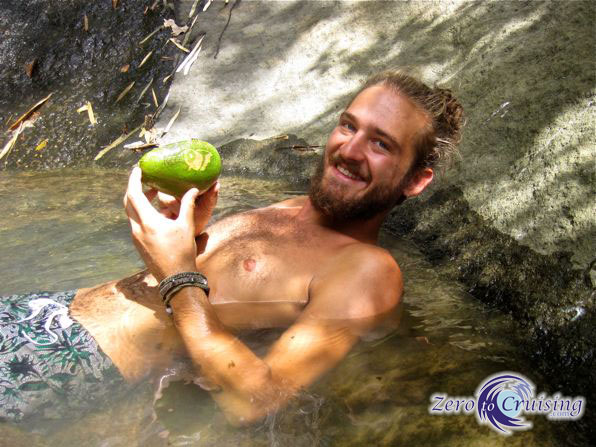 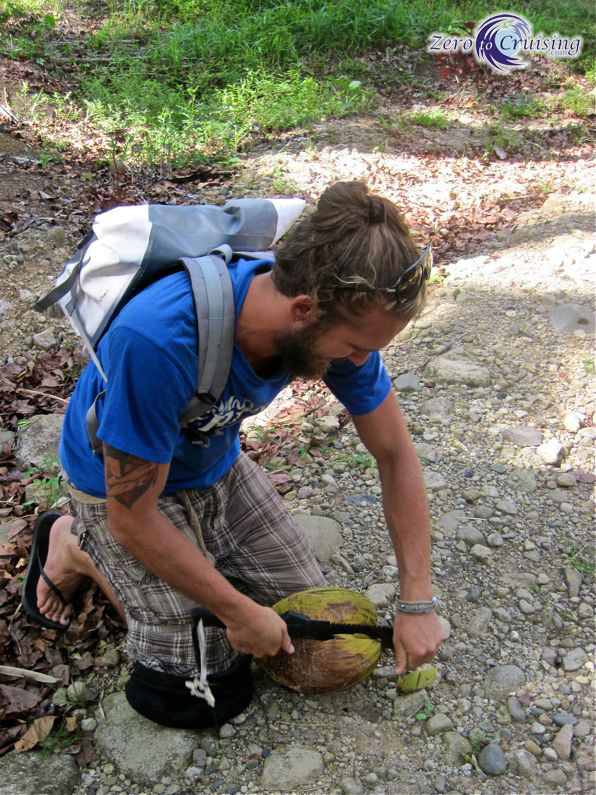 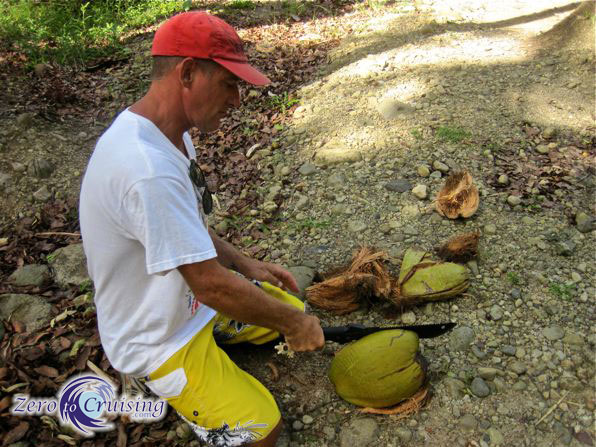 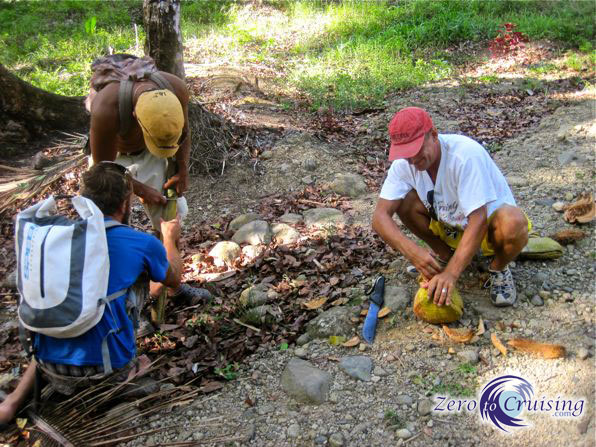 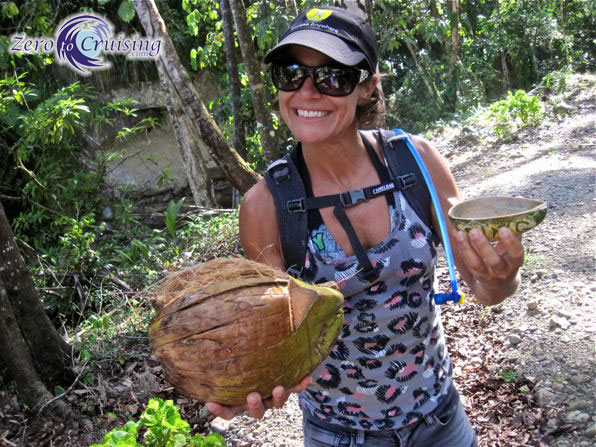 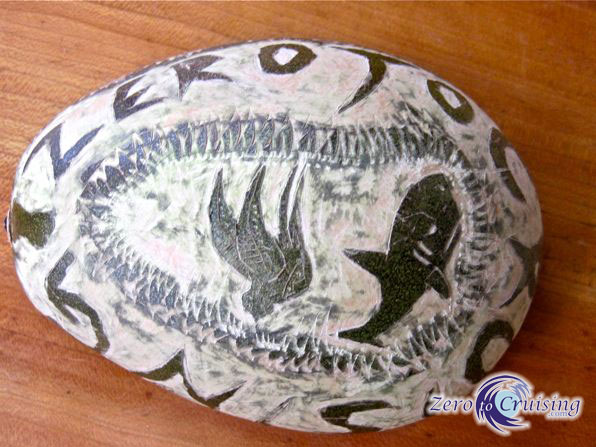 *When someone “gives” you something and then after the fact, asks for money, it’s not cool. Like most people, I don’t like being hustled, and that is eventually how we started to feel with a particular character that we interacted with on several occasions here.

Do not be that guy!