When discussions of weather come up, specifically bad weather, people often tend to focus on the speed or the force of the wind. While that is most definitely a very important factor, boats can typically adjust their sails to account for increases and decreases in the wind. What they can’t as easily adjust for are changes to the sea state. Whether we have a good passage or a bad passage is almost always determined more by the sea state than it is by the wind. Contrary to what many newbies might believe though, the size of the waves is not the only important factor. Hand in hand with the size is the direction that the waves are traveling from and the amount of time between them, known as the frequency or the period.

As we are currently plotting our movements north, we have been paying extra attention to the forecasted conditions. If you remember the post I wrote about how the Christmas winds typically blow from a north-easterly direction, we have decided to make our next jump a big one, all the way to Dominica. If you take a look at the rough course lines in the image below, and imagine the wind blowing out of the NE, you’ll likely be able to determine why. We had, up until this morning, planned on leaving here early Saturday morning. The wind is forecast to shift to the east and given a primary course line of 355˚ T, we “should” have been able to have a decent sail. 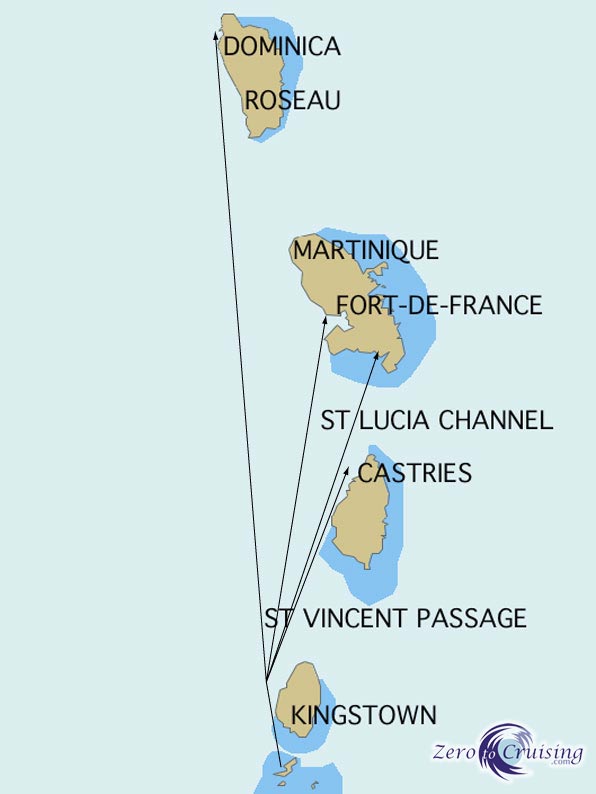 But… (there’s always a but)

As I said, the wind is not the only thing to consider. Beginning on Sunday, while we would still be underway, a strong north swell is predicted. Interestingly, the period of the waves is quite long, 11 to 15 seconds. For those not entirely sure of what I mean by this, a long-period swell would be much like riding a roller coaster while a short period, 6-8 seconds, more like being on a bronco. I can’t actually recall that ever sailing directly into a swell like this and as such, I’m a little unsure of what it will be like. 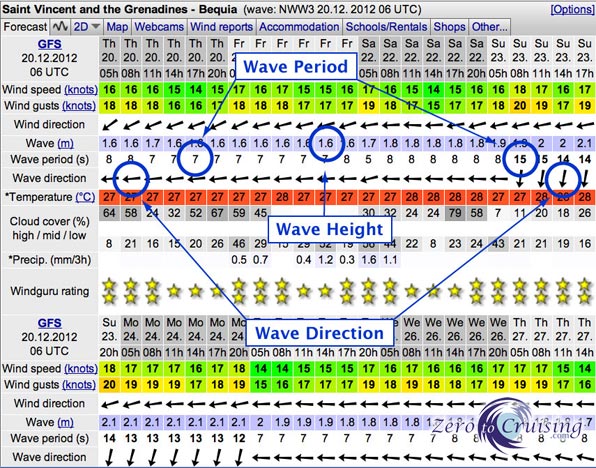 Of equal concern though is what the anchorage will be like when we arrive in Dominica. Prince Rupert Bay, like many of the anchorages on the western shores of the Caribbean islands, can get uncomfortable in times of northern swell. Take a look at the little chartlet of the Bequia anchorage below and imagine some waves piling in from the north. I’m sure you could figure out why we decided to move our boat up into the portion of the bay shown on the top of the image. I predict that by Sunday even this place will get uncomfortable and that the anchorage in Dominica will be even worse. 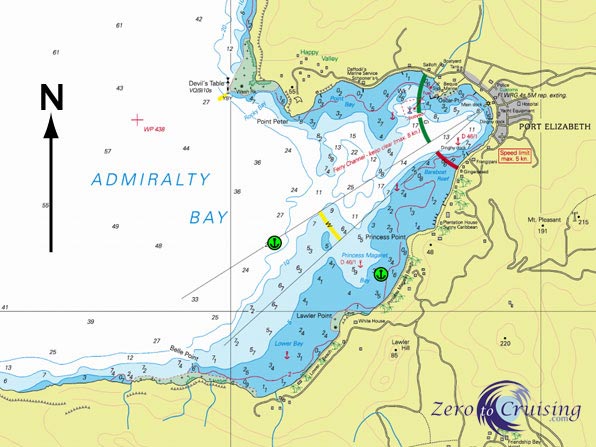 So, with that info, what to do? As of this moment (subject to change), we have decided to remain here for Christmas and depart on the 26th. The wind is still supposed to be in a favorable direction then, perhaps even more so. More importantly, that swell should have dissipated and our passage, and the anchorage we have planned to arrive in, should be safe and comfortable. There are certainly worse places to spend Christmas! 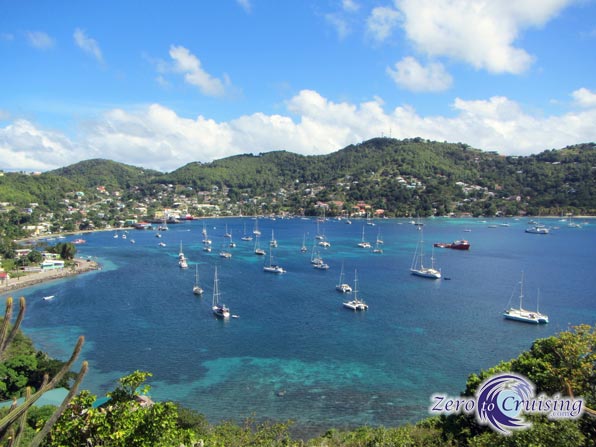 Can you find ZTC amongst the other boats?