My post yesterday was entitled, How could we imagine such a thing? In case you have yet to read it, the title referred to how I believe some people reacted (or react) to our less-than-mainstream plans. In what I feel is a perfect example of irony, I found myself asking that exact same question yesterday.

My question was directed towards a young lady who had a crazy dream. Her plan wasn’t to sail around the world, or ride a bike from one continent to another. No, it was to capture a few feral camels in Australia (I didn’t even know wild camels existed there), train them to carry her gear, and then walk 1700 miles across the outback with them. When she set out, she knew nothing about camels, or desert travel, and she had no money. Seriously, how could she imagine such a thing? 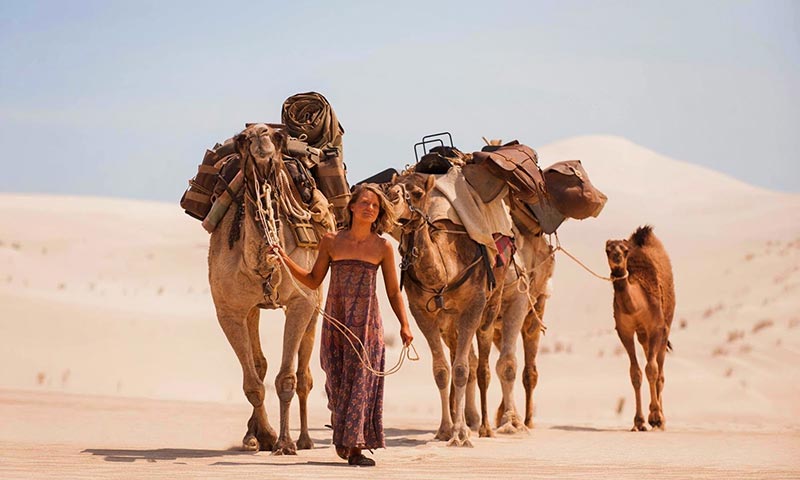 that was inspired by it. After seeing a recommendation by Alastair Humphries, I purchased the book yesterday. Although I’ve only read just the very beginning, last night Rebecca and I watched the movie. We both found Robyn’s story crazy, but incredibly inspiring, because the best part is, she really made it happen!

What’s the point of adventure?

As I mentioned yesterday, we’ve been doing a fair amount of reading, almost 100% of it being travelogues and biographies of people who have done unique things (admittedly, mostly bike touring lately). If you find yourself uninspired, in a rut, or discouraged, perhaps you might want to try something similar. The world is huge, and contrary to what many would have you believe, the majority of people in it are good, just like you and me.

Do you have a book or a film that you find particularly inspiring? Please share the title in the comments.

If nothing else, we’re at least consistent

A great mirror for bikepacking