We’ve been busy. First with preparing for a Halloween party, and then later, with recovering from a Halloween party. Neither of those contributed to me adding a post to this blog yesterday. As we’ll be heading off shortly to a Boat Jumble, a yard sale of sorts for boaters, I’m going to take the easy way out today too, and simply share a post written by one of our friends. 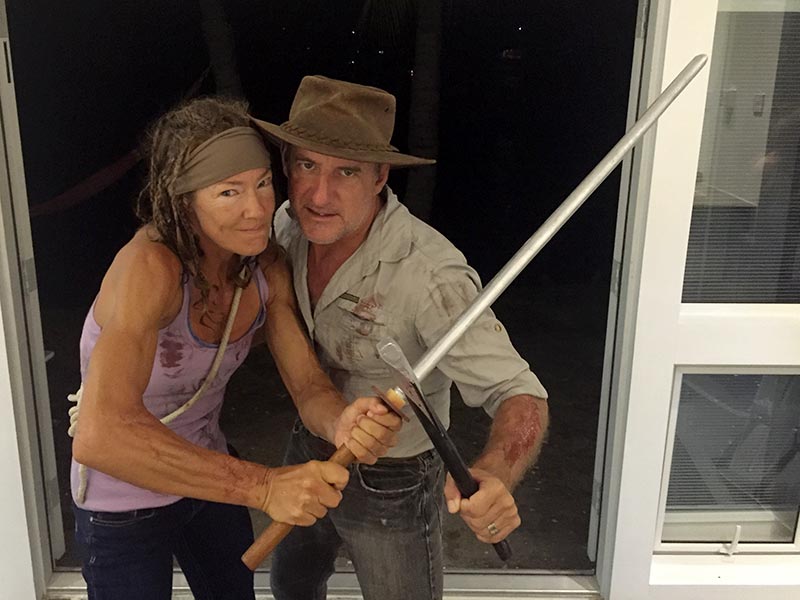 No, not Indiana Jones. Rick and Michonne from Walking Dead.

Listing the iOS apps that we find handy has sat on my long list of topics to write about for some time. As it turns out, Jason from Two Fish beat me to the punch, and did a much better job on the topic than I could have ever done. Jason is way more into the tech side of things than we are, and goes into excellent detail on the apps that they find handy. We have just a tiny sampling of the ones that he recommends, but I’m sure that if Jason says an app is worth having, we should probably check it out.

We are all on our own!