As previously mentioned I started taking swimming lessons three weeks ago. The lessons are only once per week, on Monday mornings (later today), but I make a point of going to the pool to practice a couple of times during the week in addition to that. Although we have mostly been working on the front crawl during our lessons, on my own time I have been trying hard to increase the amount of time I can tread water. On the first week of my lessons I struggled to stay afloat for only 1 minute! Just last Monday I posted that I was able to do it for 4 minutes. On Friday I was up to 10 minutes and yesterday I was able to do 15! I’m pretty happy with that.

Following our swimming practice (Rebecca did a thousand or so laps while I was splashing around in the water) the two of us went rock climbing at a local, indoor gym. Although we did this primarily for fun, in the back of our minds we are thinking about being able to ascend our boat’s mast using rock climbing gear (yes, I already wrote about that too). After we were done climbing, I spoke to the staff and received some contact info for a local instructor who could teach us about ascending lines. Later in the day I also contacted an old school friend, Cary Gibson, who is an Arborist to see if he could help us with this same subject. We have loosely made plans to meet up this coming Friday to do some tree climbing. Fun stuff! 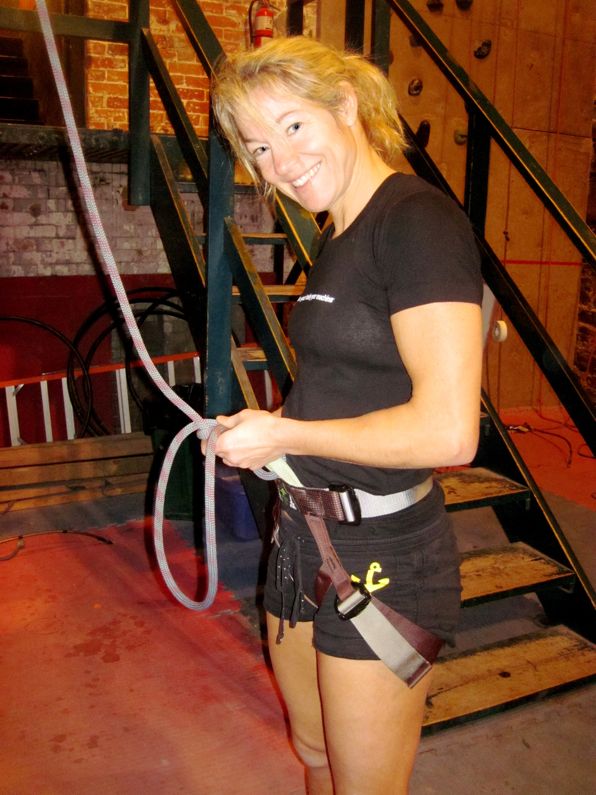 Rebecca tying in for one of her very first trips up the wall.

Some of our Blog readers have suggested alternative methods of ascending the mast, including the Mast Mate ladder, mast stairs (steps) or an ATN Top Climber. Regardless of which primary method we choose I think that having the skills to go up safely using climbing gear is, at the very least, a good backup.

How many drill bits does it take to drill a hole in a stainless bolt?