I’m still waiting for one of those serene overnight passages that everyone talks about being so wonderful. Oh, we’ve had them to be sure, but so long ago, they’ve been banished to the back recesses of my memory by the last three overnighters that we’ve undertaken. Trinidad to Union Island? Ugly. Bequia to St. Martin? Not relaxing. St. Martin to Virgin Gorda? Well, let’s just say that we’re keeping the trend going. 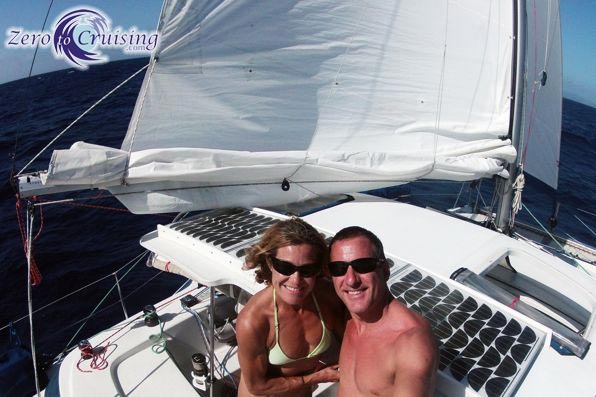 We made it through the night and we were still smiling. No critiquing the poorly reefed main sail. That is a result of reefing in the dark while going downwind in 25+ knots of wind and big waves.

Before we left, I wrote about how we’d be sailing downwind which, admittedly, is better than bashing into the wind and seas. It does not, however, guarantee a smooth passage. As we’ve come to expect, the wind, which was forecast to be no more than 15 knots, was for a considerable time 20 or better, with gusts over 25. In addition to the wind being a bit stronger than we would have liked, it was also pretty much directly behind us, forcing us to sail a bit off the rhumb line to avoid jibing the boat as the waves knocked us around. Oh yeah, about those waves, they were pretty big, and close together. I’m not sure what is worse… not being able to see the large waves in the darkness or seeing just how large they really are come dawn. 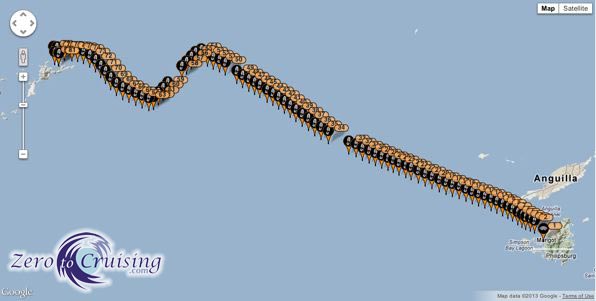 We gybed a couple of miles before we ran into “The White Horses,” a large reef on the end of Anegada.

Another downside to sailing on so deep a reach is that we basically needed to hand steer for the majority of the trip. Oh, the auto pilot is again functioning with the hundred dollar belt now installed in it but on that point of sail, with the waves pushing us around, we were doing better steering the boat ourselves. 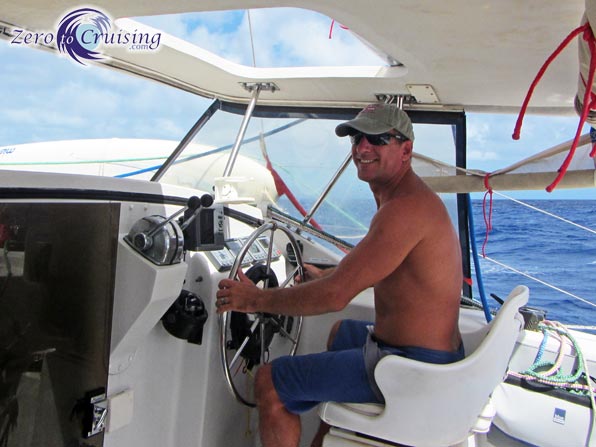 As for hand steering, I will freely admit that I am not the world’s best helmsman. Rebecca is probably better at that task than I am, I think. The challenge with sailing at night is having a point of reference to steer towards. When we first left St. Martin we had a beautiful half moon right in front of us, lighting our path. When it dipped below the horizon it left behind a couple of nice bright stars to help guide our way. Eventually though, even they left us, and with nothing to steer towards, maintaining a straight course was all the more difficult. 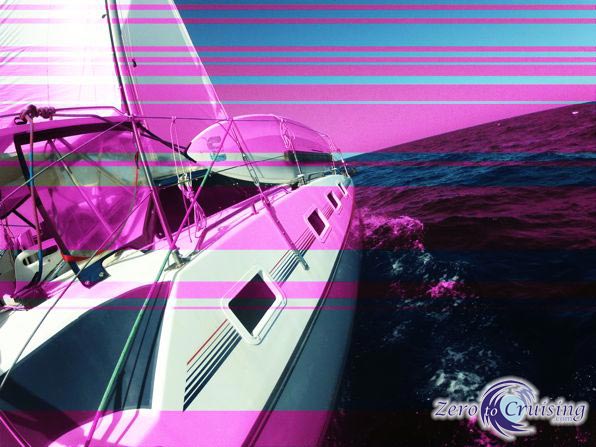 Not Photoshop. We were playing around with our GoPro and it had
some kind of hippy flashback. Groovy, eh?

Challenges aside, we did obviously make it to our destination, no worse for wear other than being a tad sleep deprived. So much so that, after clearing in to the BVIs at the relatively new Customs and Immigration office in Gun Creek, Virgin Gorda, we passed up Happy Hour on shore to take a nap. Don’t worry though, we’re both feeling much more spry today after getting a good night’s sleep. We’ll try to find ourselves some fun to get into today. 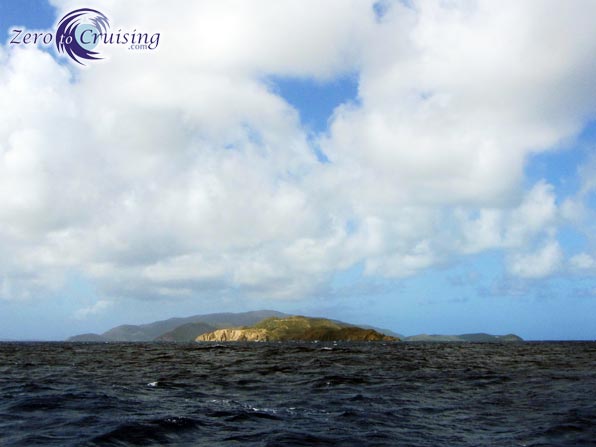 Welcome to the BVIs!

Let there be music, and cold beverages.

Never Have I Ever