I wouldn’t have believed it

Some of you may not be aware but the Eastern Caribbean recently suffered its first tropical storm of the season. Chantal rolled through causing little if any damage, just the way we like it. If we had still been in Grenada, you would have almost certainly seen a post or two on that subject but with us being in the States, and ZTC being safely tucked away on the hard, Chantal didn’t make the cut. I was thinking about it yesterday though, and other tropical storms, as we drove across the Arizona desert.

Yesterday afternoon started similarly to our westbound trek, with us cruising with the top down through the desert in 116F heat. As we slowly began climbing out of the lowlands, clouds started to form in the distance in front of us. In the space of less than an hour the temperature had dropped over 40 degrees. With the clouds growing ever more ominous, the radio entertainment was broken into by an automated bulletin about the rainstorm, specifically warning about the threat of flash floods. Here is the part that got me thinking about Chantal and other storms. The broadcast said that flash floods are the leading cause of weather-related fatalities. Now, I found that hard to believe so of course, I had to check it out. Sure enough, the Oracle confirmed that statement, at least for the United States. 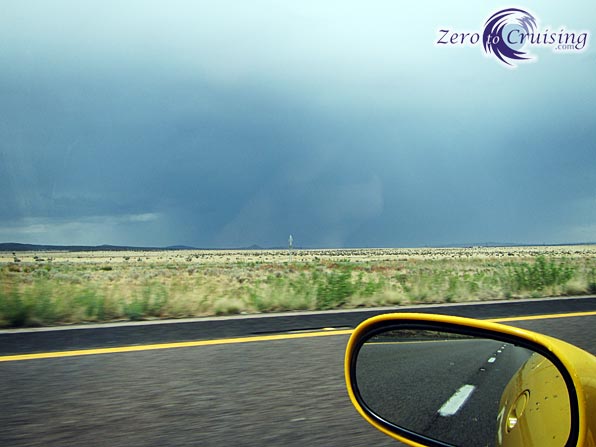 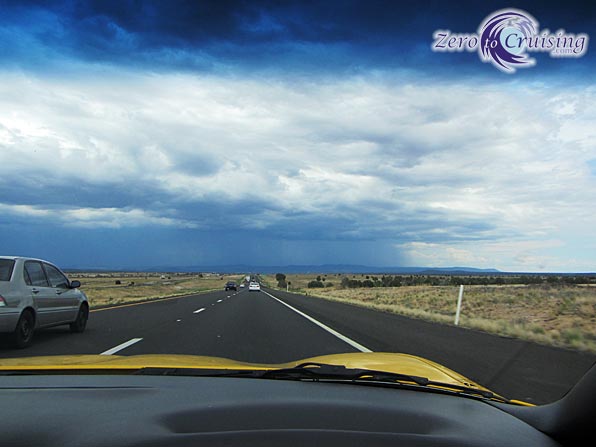 Fortunately for us, we were spared the lion’s share of that storm. We received just enough to clean some of the desert dust off the Corvette. It was still raining a bit when we pulled off the highway in Williams, AZ, our stopping place for the day. Today, after a good sleep in a little roadside motel, Rebecca and I plan on heading to the Grand Canyon. Our trip there will likely be much more brief than we would like if we were on a completely open schedule, but we make do with what we’ve got. 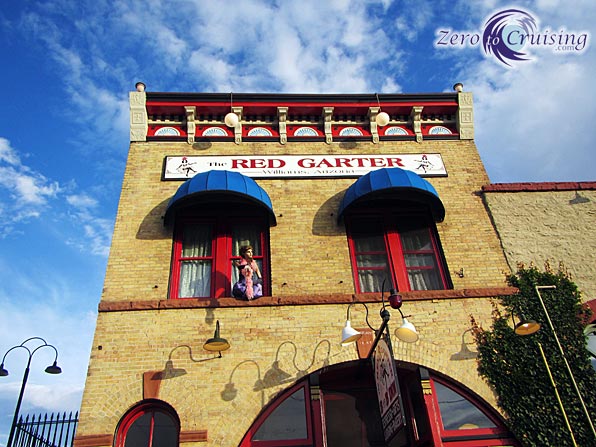 This is where we should have stayed. It looked a lot more fun!

Our new tradition: Saying goodbye to hurricanes, and now Grenada

Our sailboat is now a…

You shouldn’t work on a Sunday. Here’s why.