I live in fear. Not of hurricanes or pirates or sharks but of something equally as scary (to me) and much further from my sphere of control. That being, a computer crash resulting in the loss of this blog. While I understand websites and how to restore the html files and images associated with them, the databases that make this blog function remain a bit of a mystery to me. I was never quite sure if, when I did backup the files, I was obtaining all that I would need to put it back in order should the worst-case scenario occur.

We host this site on Webmasters.com’s servers, as I have all of the sites I have built and administered over the years, and I believe they keep redundant copies. That didn’t entirely keep me from losing sleep over the matter though. Recently I decided to do a bit of research on the backup subject and along with a couple of other options, came across blogVault, a service which claims to make the restoring of a lost blog painless. That sounded especially good to me!

Fortunately I have not yet had to put their claims to the test, and I hope that I never do, but after checking out their free trial, and noting that they had been religiously backing up the files daily as they said they would, we subscribed to their service. In my mind the small sum we pay to them each month will be peanuts compared to the severe anguish I would suffer if I was to lose several years worth of work on this blog! 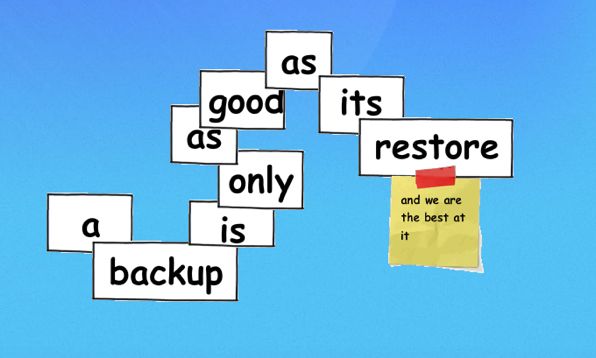 Note that both of the two links in this post go to our affiliate accounts with the companies that I mentioned. I doubt much if anything will come from this but should you decide to employ their services as we have after clicking the above links, we might get a coffee or something out of it. 🙂