How we now secure fenders

Here’s something every boater has to do on, at least, a semi-regular basis: rig lines and fenders for docking. There are a variety of ways to secure fenders to a boat, including tying them on with a clove hitch (more easily adjusted for height), a round turn and two half hitches (more secure), or by using one of several devises that take the place of tying knots. This is one such example

that our friends on Two Fish use. 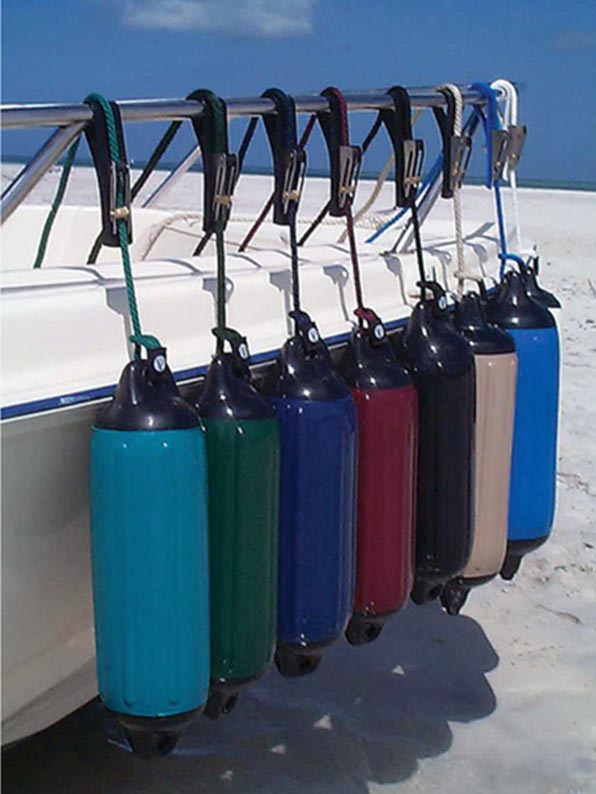 How do we do it? Before we approach the dock, we rig (plenty of) fenders using clove hitches so that they can be easily adjusted if the dock is higher or lower than we anticipated. After we’re safely tied up, if we’ll be staying there for some time and want them to be more secure, we may re-tie the fenders with a more secure hitch, or add a couple of half hitches to the existing knot.

But where do you attach the fenders to your boat? If you’re like most people, you probably attach them to the lifelines. We certainly did in the past, however now we secure them to the stanchion bases, or to deck cleats. Why the change? You may recall that, almost a year ago, we had the opportunity to go for a little sail with David Slater, son of Alan Slater, chief engineer and designer of PDQ Yachts. When we were getting ready to bring his catamaran into the marina, he made it clear that he was definitely opposed to the act of tying fenders to the lifelines. He said that he had seen many a leaking stanchion base caused by that practice. While I haven’t witnessed that myself, I could easily see how the increased leverage of having the fender tied near the top of a stanchion could affect that, assuming it got caught while bringing the boat alongside a dock. So, even though it is a bit less convenient, and more difficult to adjust, we now do as David suggested. I try to always keep an open mind and be receptive to new ideas, and new information! 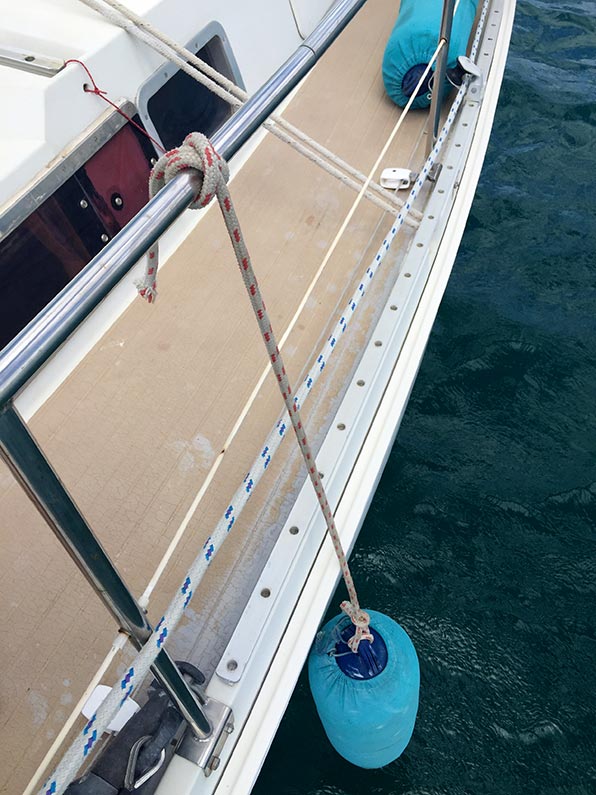 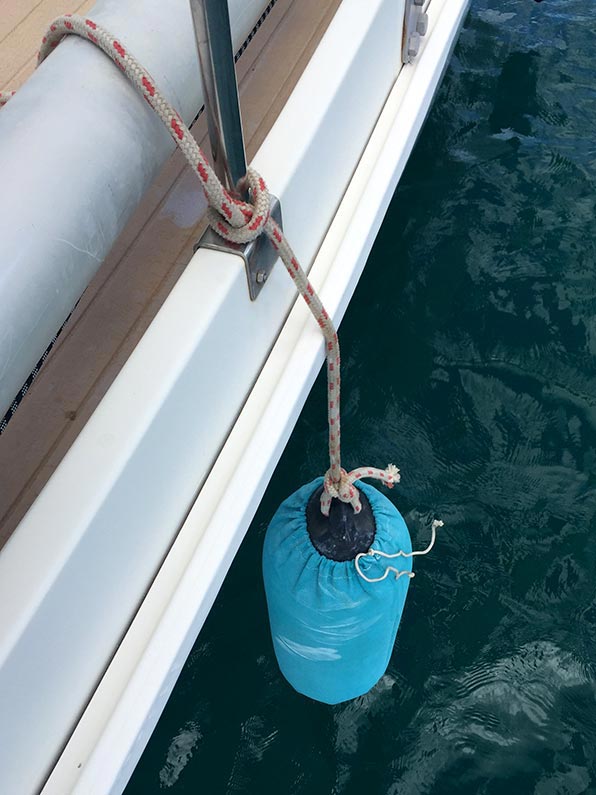 New way – secured to base of stanchion.

NOTE: Don’t focus on the fact that Amels have a solid top rail instead of a lifeline. The same risks apply. We haven’t seen too many Amels that don’t have at least one bend in that tubing!

This could be a Brilliant cruising boat for you!

A mishmash of tasks