How hard could it be?

How hard could it be? Boy, how many times have we said that to ourselves since we started down the cruising path? This time however, we weren’t referring to anything nautical like reefing sails or installing watermakers. We were instead considering how tough it might be to select 7 posts from our blog. Sounds simple, right?

Recently, we were nominated by our friends on Kaleo to participate in Tripbase’s 7 Links Blogger Challenge.

“This shouldn’t take you long to do – don’t over-think it!”

That is what they say. Perhaps they weren’t thinking that someone might have two and a half years and 863 posts to go through to make the selections. As much as I thought this was a cool idea, I procrastinated a bit in attempting it, even trying to get our Dear Readers to make the picks for us. Alas, just like any other chore on our never-ending to-do list, Rebecca and I finally just had to suck it up and do it. We spent well over an hour together, scrolling through the countless pages on our blog. Surprisingly, we actually had some fun doing it. There are so many things that we have written about, and pics that we have posted, that we’ve forgotten about. It was fun to relive those memories.

Anyway, here are the 7 posts that we selected.

There were a couple of ways to take this category. We could have chosen the easy way and went the pretty photo route but that in itself would have been tough as we’ve come across some seriously breathtaking scenery. As recommended by some of our readers, I instead opted to choose one of my most heartfelt posts. To be honest, I still get emotional when I read it.

I guess people were just happy that we were finally going to have some real-world stuff to write about instead of all the theory and prep work that we’d been posting prior to that day.

I don’t know if this is controversial but people certainly did have opinions on the subject and were nice enough to share them in their comments. Fortunately most of our readers feel the same about it as we do.

Given the anchoring silliness that we’ve been witness to, I humbly think this should be mandatory reading for newbies.

Who would have thought that a post about drinking on other people’s boats would be all that interesting? Some people obviously thought it was though as it was republished on a couple of different websites. Weird.

This is a funny one for me because I had several to choose from for this category. Just as sometimes I write about silly things that really catch people’s attention (see the above category for an example), other times I write about things that I think are important that get little mention. Oh well… such is blogging.

Again, a toughie. Although tempted to choose one of my many posts relating to head repairs and poo cleaning, I decided to take the high road and go the more cerebral route. 🙂 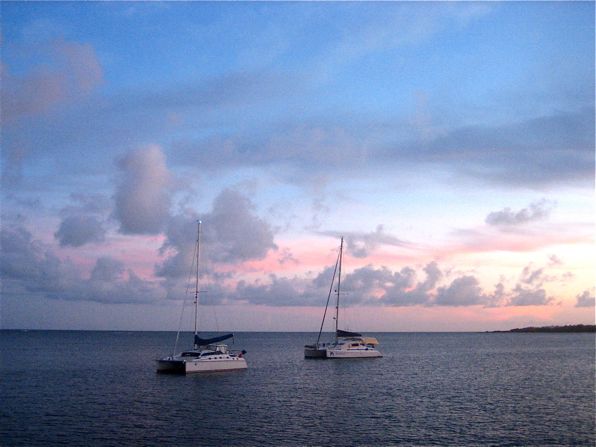 ZTC and Kookabura at anchor at Hog Island.