How fast were we going?

As we sailed from St. Lucia to Sint Maarten we were happy to find that, for much of the trip, we had a favorable current of about a knot or so helping us along the way. This was especially appreciated because it almost always seems as if the current is flowing to make our travels more difficult as opposed to easier (for example between St. Vincent and St. Lucia). In some parts of the world the currents are so strong that if you don’t plan your routes to travel with them, you just won’t make it. Fortunately we don’t need to be quite that mindful of the currents down here.

How can we tell if we have a current influencing us, other than just by feel or perception? When they’re both working, we have two methods of measuring boat speed on board ZTC: a paddle-wheel speed transducer which measures speed through the water and our Garmin 546

chartplotter which, among other things, tells us Speed Over Ground (SOG). If the numbers on both of these devices are equal then there is no current influencing the boat. If, as in the photos below, the SOG (5.8 knots, labeled in the pic as GPS Speed) is greater than the speed through the water (4.2 knots), we are being pushed along by the current (or surfing, which in this particular case, we were doing a bit of that too). The opposite would of course be true if the numbers were reversed. Unfortunately, the paddle-wheel on the speed transducer is notorious for getting clogged and almost certainly will not function if we have been at anchor for a few days unless we dive under the boat and clean it. That’s not a huge deal but we do need to remember to do it which is why I said “when they’re both working.”

As nice as it is to have a current helping us along on a passage, there are times when I do not appreciate this happening. Because boats only steer when there is water flowing past the rudder, a boat which is simply being “pushed along” by a fast-moving current has no steerage. There were times in the Intracoastal Waterway (ICW) where, when we were waiting for a bridge to open, we were being pushed along towards the large metal structure by the current. In this situation the only way to regain steerage is to move faster than the current, in this case towards the bridge. Not something that is at all intuitive. I was reminded of this the other day when the Simpson Bay Bridge tender kept telling us to get closer to the yet-to-be-opened bridge. Fortunately, in this case, there was no current effecting us but it does still make me a bit nervous to be put in situations like that. Sailboat masts and closed bridges do not tend to get along all that well. 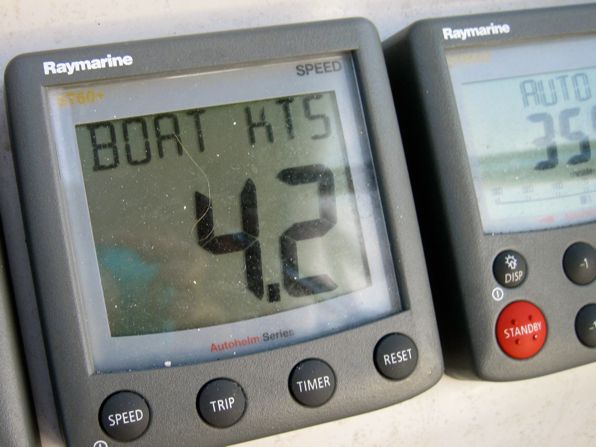 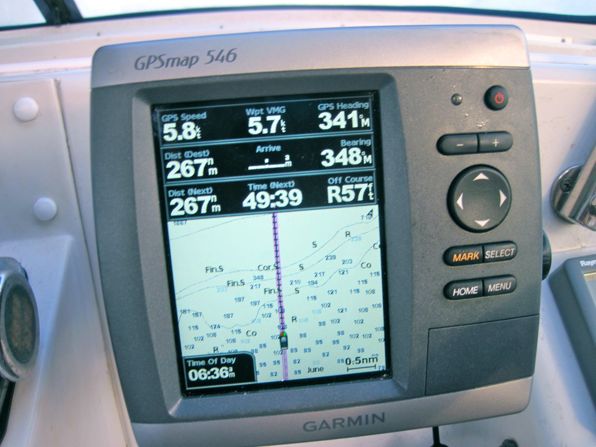 There are cowards and fools everywhere!