While not quite ready for inclusion in the FAQ list (soon to be updated, I promise), we do get asked the following often enough for it to be in consideration. The question comes in various forms but the gist of it is, “how can I talk my wife into going cruising with me.” To begin, I’m probably the least one qualified to answer this question as Rebecca and I were both 100% dialed in to our cruising plan from Day 1. Even our most recent plan, heading south to Patagonia, is a mutual decision, not one that she is simply following along on. So, to answer the question, how do you convince your wife, I’m not sure that you can. 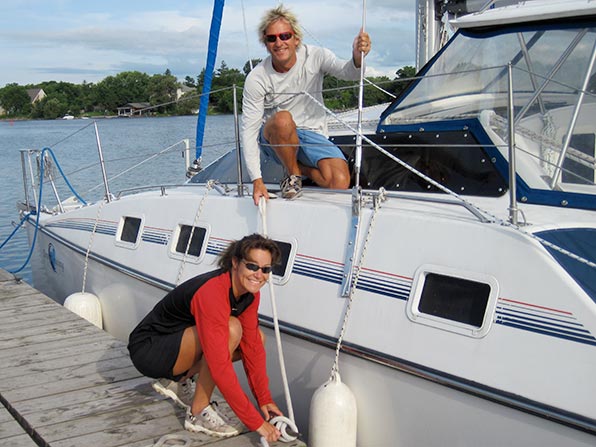 Flashback! Rebecca and I casting off the lines to leave Canada, en route to points south.

We have friends, good friends, that we cruised with for quite a while who likely would be better to ask. It was no secret that the male member of that couple was the leader in the cruising quest and the female was more or less just going along for the ride. This is not to be confused with the single-handed cruising couples that we have, from time to time, crossed paths with in our travels. This very capable woman, realizing that she was a necessary part of the sailing team, learned to pull her own weight, and she did it well. It seemed to us though that in spite of her functioning so well on the boat, her heart always remained back on shore, what she considered her home.

There was another sailor that we buddy-boated with who ended up leaving his wife behind when he set off to cruise. That probably sounds worse than it is but, as it was explained to us, he had made it clear to his wife from the time that they first started dating that cruising on his boat was a significant goal of his. As she wasn’t ready to leave her career behind, when the time came, she simply gave him the freedom to pursue his dreams without her.

Of course, for each of these stories, we have met dozens of couples who appeared to be working from the same mindset, or at least it seemed that way to us. Did they begin that way, or did one of the two convince the other that leaving the security of land life behind was a sane course of action? I don’t know. This I do know though: life is too short to do something that doesn’t make you happy. This means that if you want to go sailing, go. It also means that if you don’t want to move onto a boat, don’t.

If you want to introduce your significant other to the realities of cruising, book a week on a boat to see what it’s like. I would recommend avoiding anything too stressful, such as racing or sailing around Cape Horn, because cruising needn’t be like that. We actually have several couples coming to sail with us soon who, at the end of their week with us, will have a pretty good idea of what boat life is all about. I’m confident that they’ll walk away with plenty of positive memories, but you never know until you try.

Perhaps even before that, you might consider sharing some positive books on cruising with your spouse. Rebecca and I each read An Embarrassment of Mangoes: A Caribbean Interlude

three times, and it definitely added fuel to the fire! Additionally, if you’re hoping to sail to the tropics, emailing or sharing some appropriate tropical imagery with your spouse on a regular basis wouldn’t hurt either. Subscribe to our Facebook Page for some good source material. Good luck! 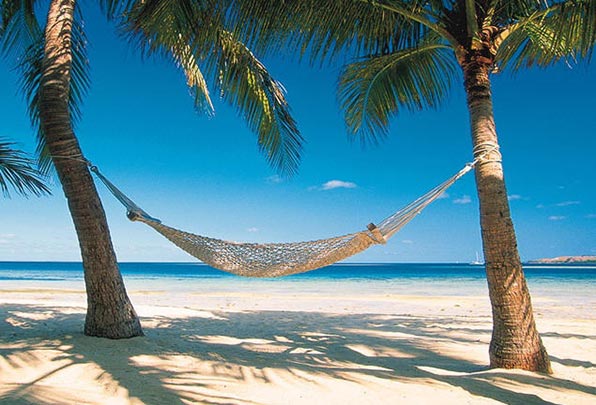 No moaning (from us) in the Mona