In early 2009, when we first shared our plans to purchase a sailboat and go cruising, we had many doubters. After all, how could we imagine such a thing, we’d never even sailed before? Amazingly, the naysayers held on to their beliefs long after we left Canada, some expecting, if not willing us to return with our tails between our legs. I suspect that now, 7 years later, most of these people’s doubts have been put to rest, at least about this portion of our journey. But, here we go again, changing things up.

Dream no small dreams for they have no power to move the hearts of men. –  Johann Wolfgang von Goethe

At least we know how to ride a bike!

I wonder, now that we’ve announced our new plans, how many people doubt our resolve, and our ability to follow through on this new course. I’m sure there must be some, after all, we’ve set a fairly big goal. Like sailing though, we are in no way breaking new ground. Just as there are countless cruisers exploring the oceans, a good number of whom began with no more experience than we had, the bicycle trek that we envision gets completed every year by dozens of men and women, if not more. And unlike sailing, we both at least know how to ride a bike!

The other day, a well-meaning friend of ours asked if we had done some research on camping gear for the trip. Both Rebecca and I had to chuckle at that. Surely he knows us better than that! Just as we did prior to setting off cruising, we have been researching and planning for this adventure like crazy. We’ve read numerous books from people who have completed similar trips, watched movies, explored hundreds of websites, and the best still, spoken to a couple of people who have been there – done that. 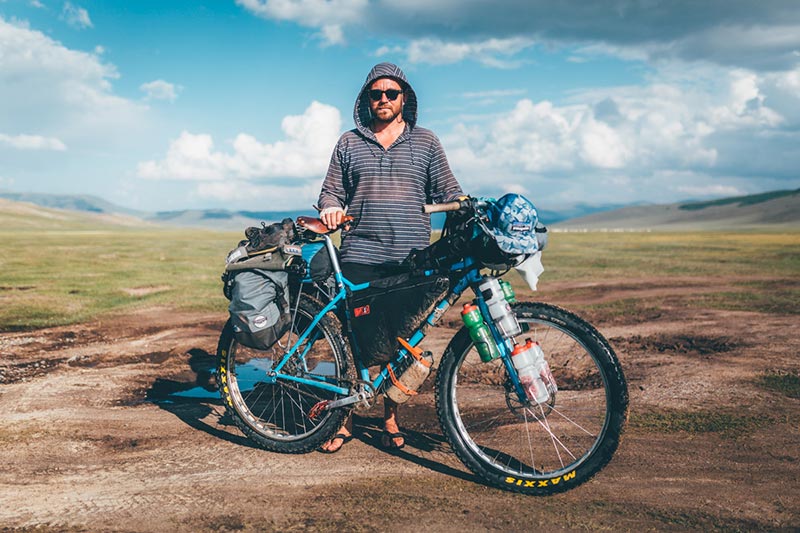 Photos on this post were taken by Cass Gilbert, above. Used with permission.

One person in particular who has been kind enough to offer us some advice is Cass Gilbert. Cass completed a similar Pan-Am trek to the one that we are planning, and his travels are well documented on his website. He’s since gone on to become a well-respected author in the bikepacking world, penning numerous articles on bikes, gear, and his travels. These pics in particular, taken by him during a big trek in Mongolia, can be found in his article on Bikepacking.com. Not coincidentally, the bikes being ridden in the photos, and in the movie above, are prototypes of the Tumbleweed Prospectors that we have on order. 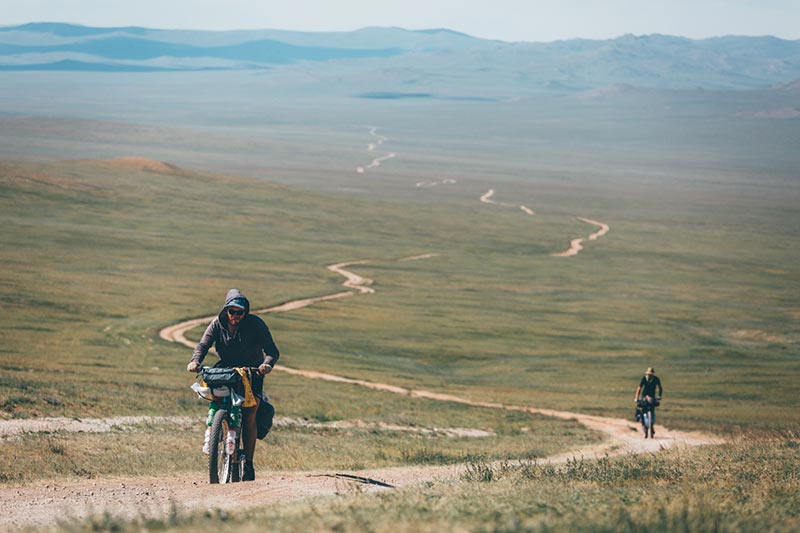