One might think that we’d take a break after yesterday’s watermaker drama but knowing that we had plans to move the boat again today, we had multiple items on our todo list that needed to be completed. Scrubbing the boat’s bottom was top on the list. Rebecca had already taken care of the waterline the day before, turning the fight with the strong current into a workout. Yesterday she donned fins and mask again and looked after the rest of the hull, a pretty big job! While she was doing that, I took on the fun job of scrubbing the dock lines. For the record, lines that are left in the water for an extended period of time come out with all manner of nasty things growing on them, both plant and animal. Removing this stuff from the lines is a slow, tedious and dirty job but it has to be done. 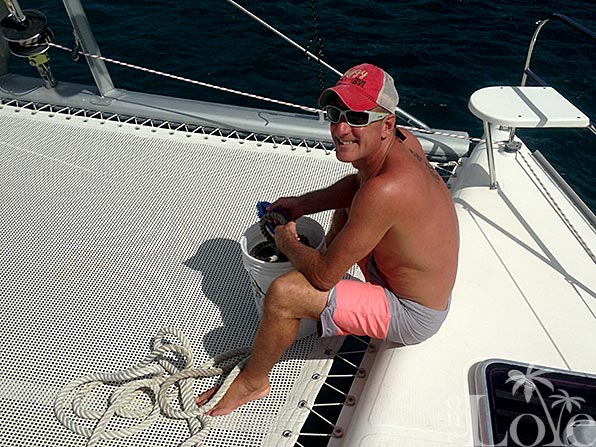 Don’t let the smile fool you. It was not a fun job.

One other job that we tackled yesterday was replacing the UV-degraded fuel tank vents with nice new stainless steel ones. The cross-shaped thing in the photo below did, at one time, have a cover over top of it. The intense sun kills plastic down here though and the cover had long since chipped off which potentially could allow rain water to make its way into the fuel tank. For the record, I have seen the exact same situation on several other 4600s.

I had thought that I’d have to fabricate a cover for the vent but our friend Nicholas from X-Marine informed me that items like this may be a stock time at the chandlery. Sure enough, Budget Marine had a couple of them on their shelf. Nice!

Installing the new vents would have been an easy job if we had had the proper tool. In this case, the proper tool was a 25mm extended socket, or a ratcheting wrench of the same size. Without those tools we had to struggle with tightening the retaining nut on the vent’s back side, turning it one millimeter at a time in the very confined space. Oh well, we got it done, and with only a moderate amount of swearing. 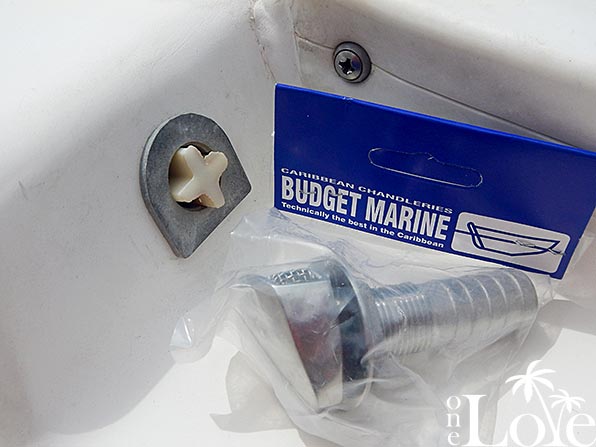 The old vent with the cover broken off. 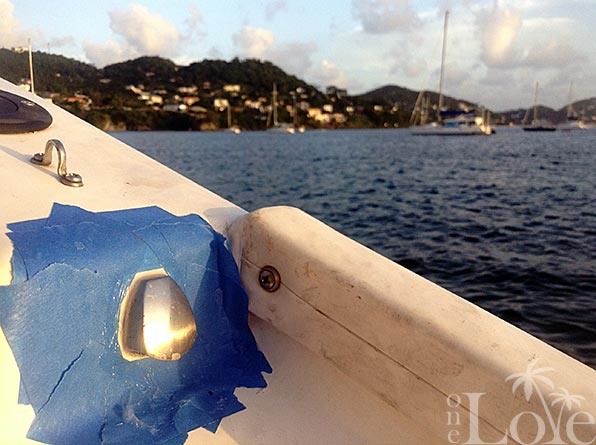 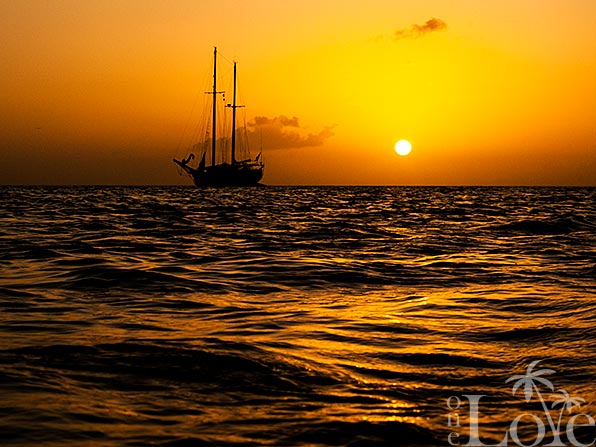 Sunset as seen from the back of One Love last night. One of the perks of the job.

Please, my friends, use a backup when going aloft!