Our home for the time being is the Hog Island anchorage on the south-eastern coast of Grenada. This is a very popular spot for cruisers with many apparently setting down roots for the entire season. Why? It is a safe anchorage for one thing, considered a hurricane hole by some. It also lacks all of the hustle and bustle that some of the nearby marina-lined bays have (Note: this sentence is a huge exaggeration because to describe anything down here as “hustle and bustle” is stretching the usage of that phrase to the limit).

Our friends told us of some of the controversy with respect to Hog Island, including the fact that it was almost entirely bulldozed into a “moonscape” just a couple of years ago. During our walk around the island yesterday, you would hardly know it, save for the odd bit of “road” that must have once been used by the heavy machinery.

Roger’s Bar, located on the small beach right in front of where we are anchored, is as rustic as it gets. But again, that’s all part of the charm of this place!

Do trust your charts and your eyes when entering through the dangerous reefs here instead of looking for the charted navigational aids. Some of the lateral buoys are missing and others are not in the correct places. 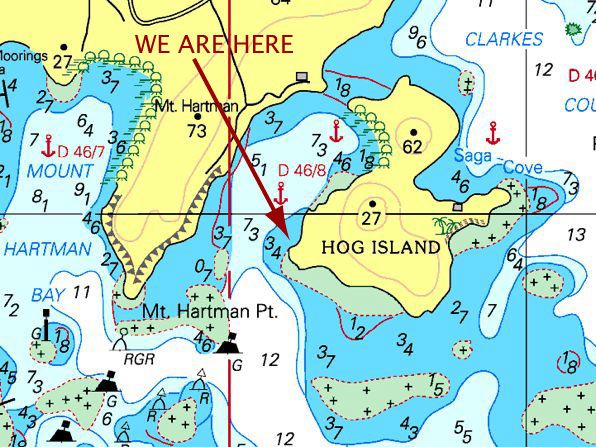 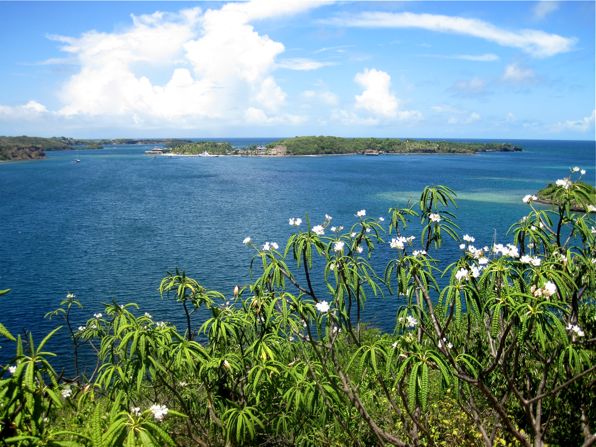 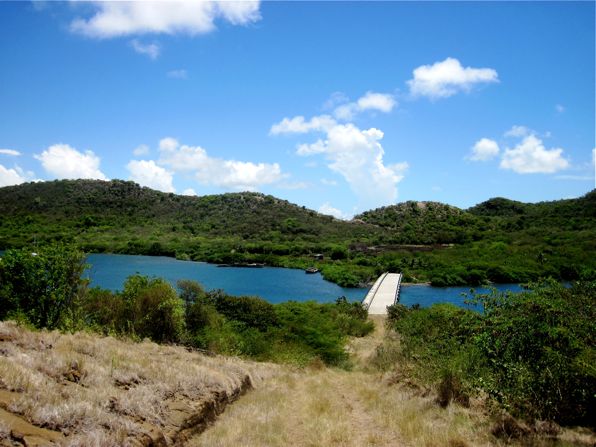 The bridge connecting Hog Island to the mainland. 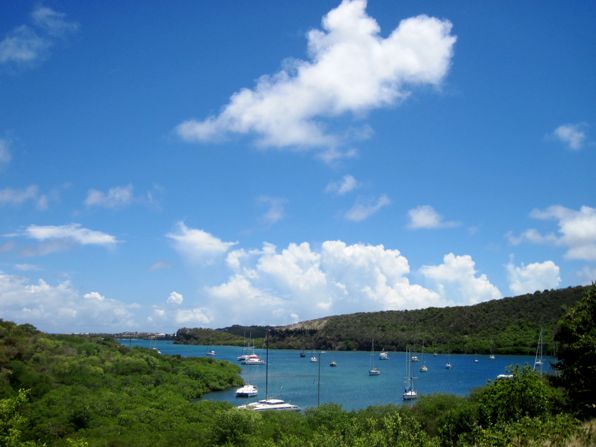 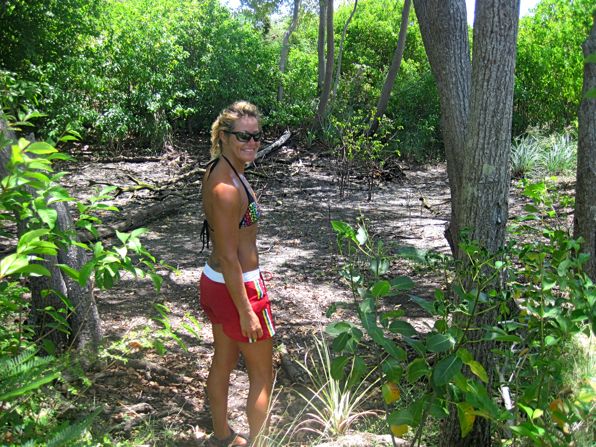 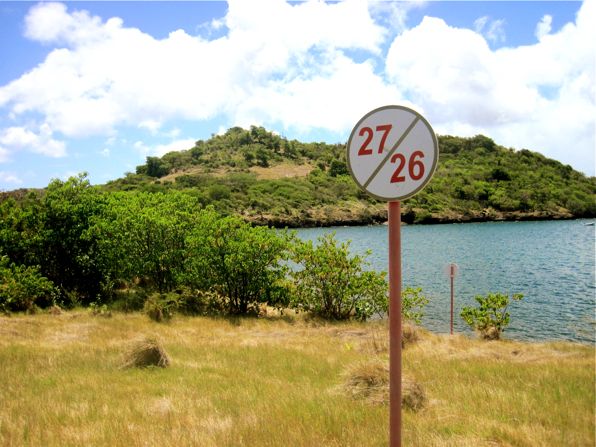 Save for these posts, marking the location of the building lots, there is no sign of development. 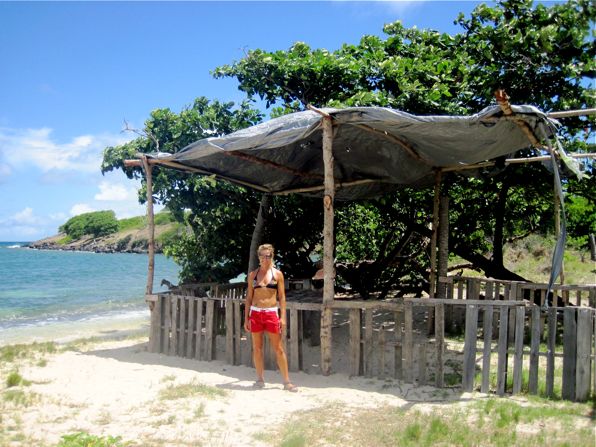 Another little “bar” we found on the other side of the island. No one was around. 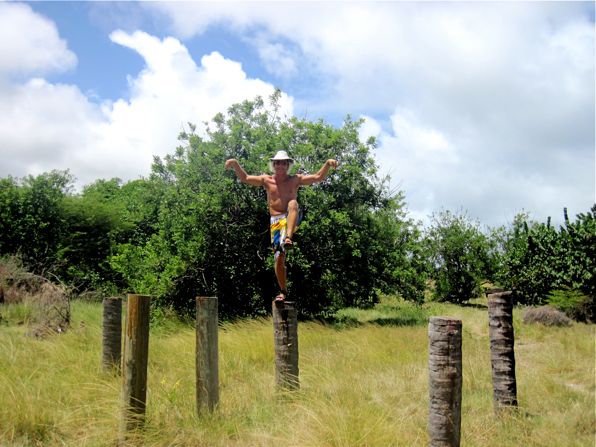 Conversation overheard on the helicopter while being evacuated to the hospital: “So tell me once again, you hurt yourself doing what?” 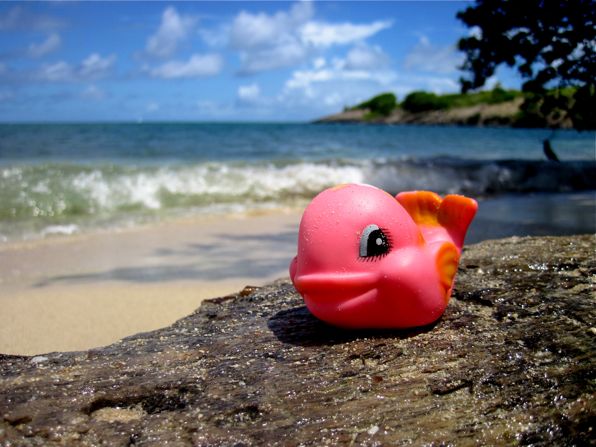 A friend for our rubber ducks perhaps? 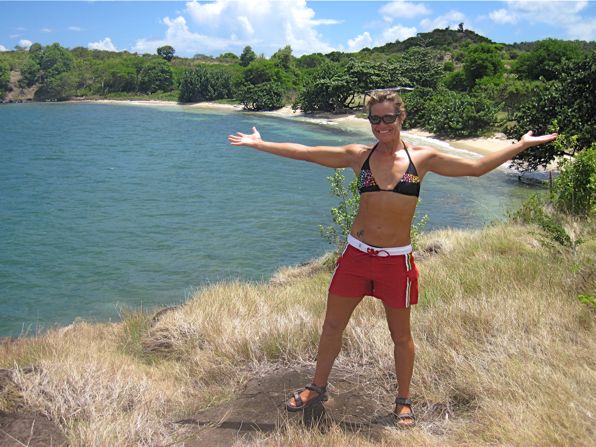 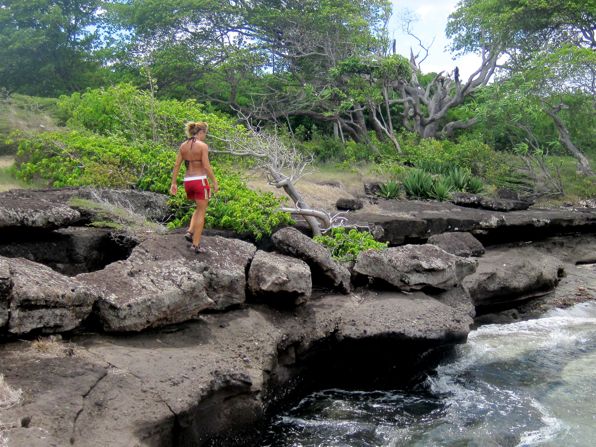 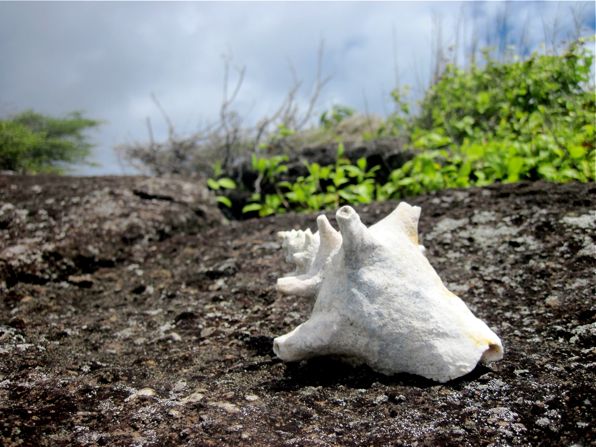 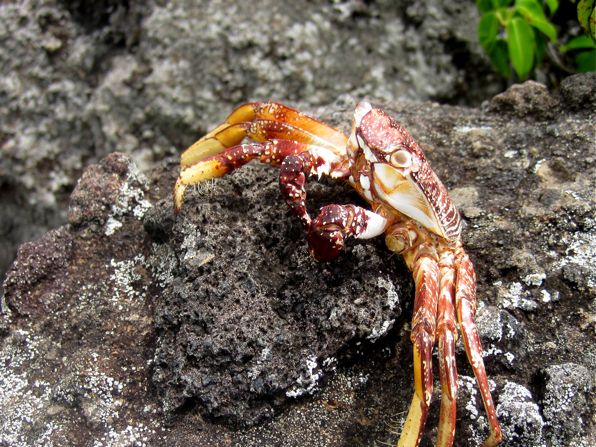 This crab took suntanning to a whole new level. 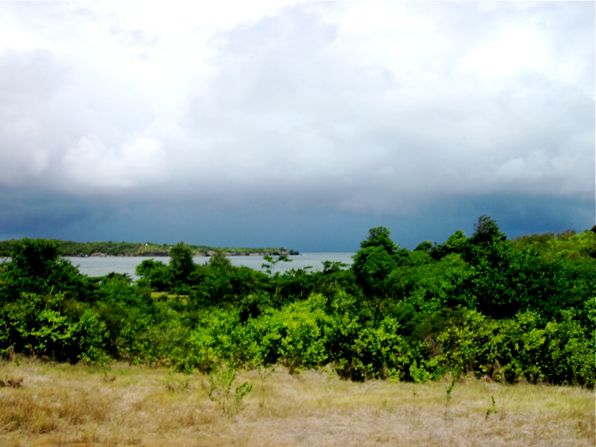 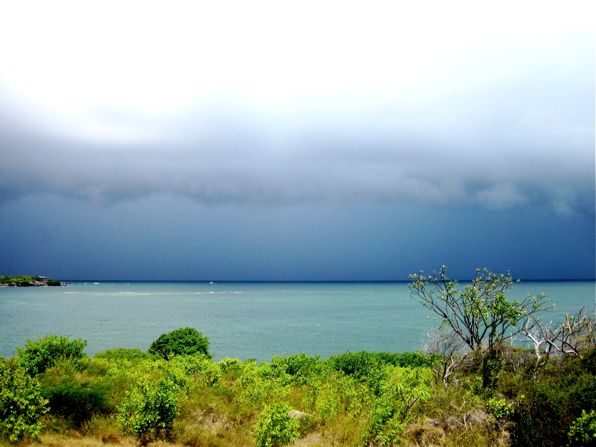 This shows just how fast the weather can change here. We saw this squall rolling in and knew we were going to get wet. 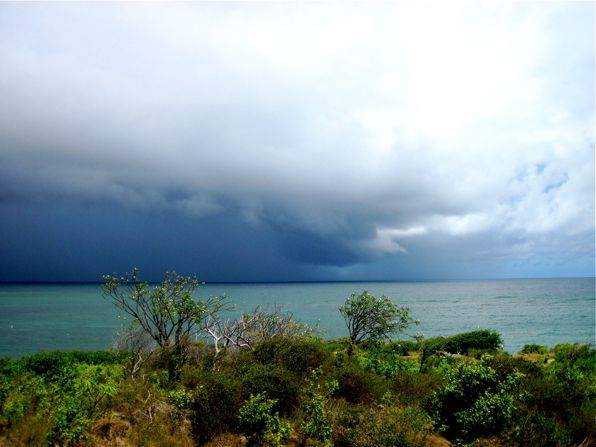 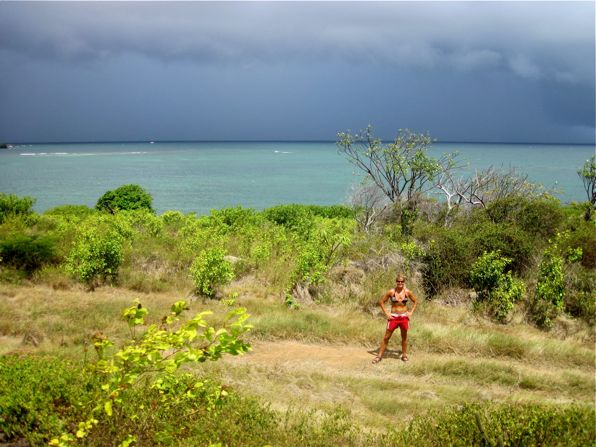 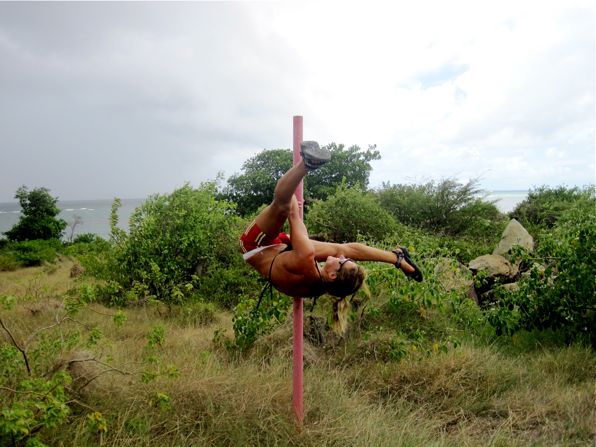 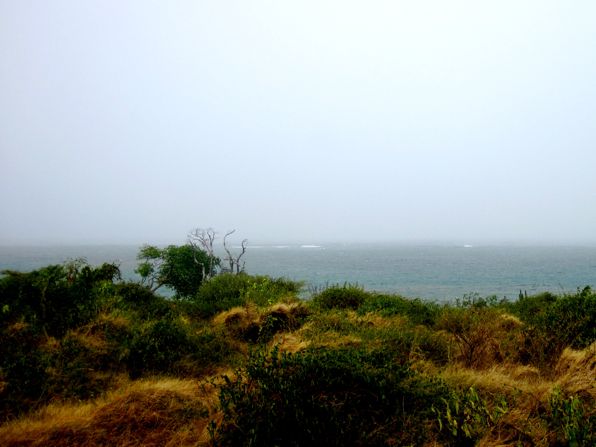 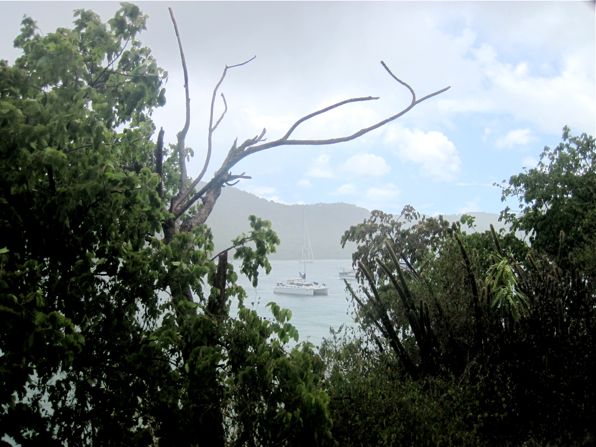 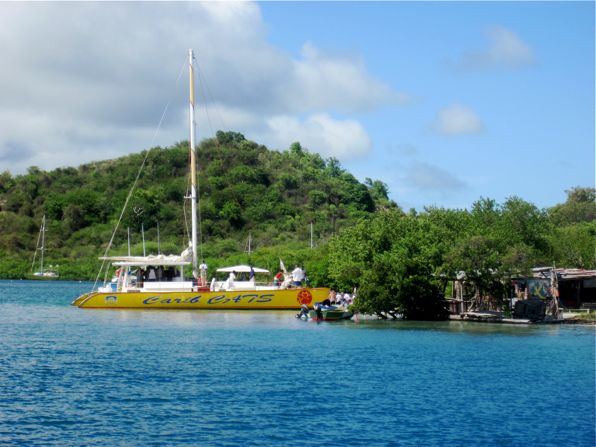 Roger’s is a very popular spot on Sundays and holidays. 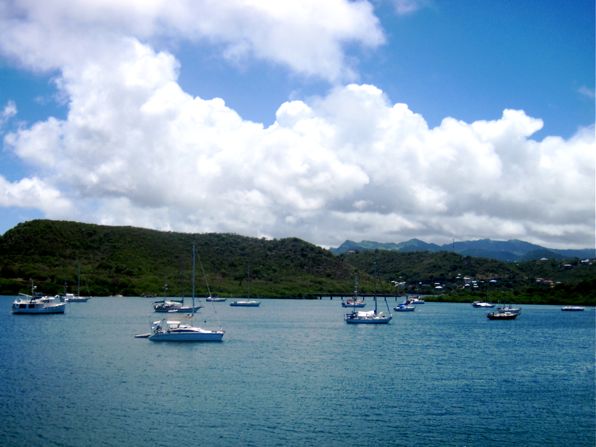 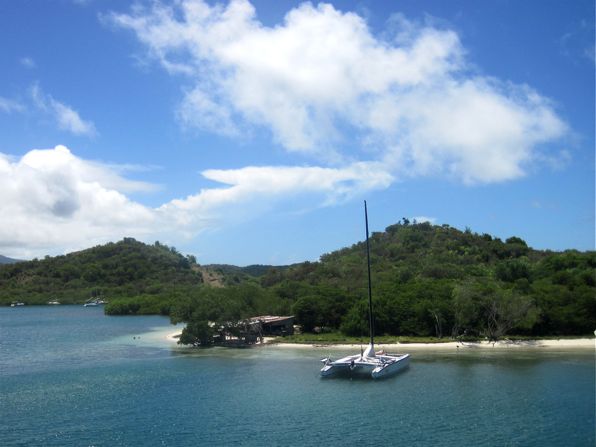 It’s all downhill from here.

The most beautiful nation on earth