Have we been cursed?

When we decided to walk away from purchasing the Amel that we surveyed in Puerto Rico, and instead purchase Aita Pea Pea, now Frost, the seller of the original Maramu, was undoubtedly upset. Knowing that our boat was powered by one of the original Perkins engines, as opposed to a Yanmar that he had re-powered his with, he made a fairly snarky comment to us, something to the effect of “good luck trying to find parts for it.” Mature, right?

That comment has been in the back of my mind since that time though, and I have questioned others about its validity. Many people have told me that Perkins engines are so common that finding parts is not a problem. Some reading that I did suggested that while that may be true for certain models, our engine, the 4.154, was not quite as prolific.

Immediately after limping in to Prickly Bay on Thursday, I removed the leaky raw water pump from our Perkins and dropped it off on shore so that the guys from Palm Tree Marine could pick it up. After he had a chance to look at it, Mike from Palm Tree called to explain that the shaft on the pump was quite worn, and that was what was causing the leak. He believed that they’d be able to get it working, but that “it would not be a good fix,” and that we’d need a new shaft for it at some point, or a new pump altogether. 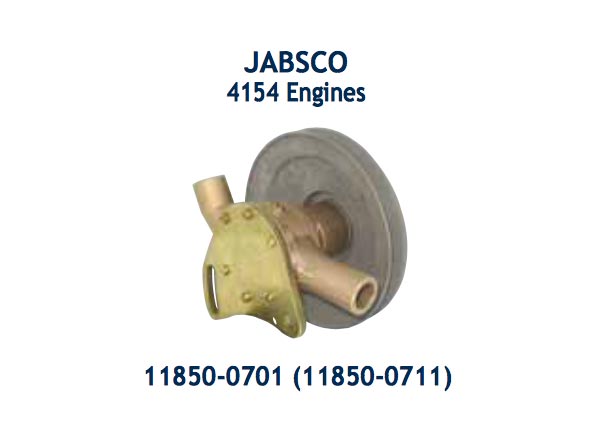 Once the pump was reassembled in their shop, I asked if one of their mechanics could come and reinstall it. I did that in case there was still a leak after putting everything back together (I didn’t want my installation to be blamed for it). As it turns out, that is exactly what happened, it still leaked. While the amount of water seeping out of the pump had been stemmed, it was obviously still not fixed. Unfortunately, to our knowledge, there is no replacement pump on the island!

After I reminded Mike that we had guests arriving on Sunday, he made some calls to see if he could enlist the help of a machinist to work on the pump over the weekend. I need to remove it again this morning and bring it back in to him. I also exercised my Google-Fu to see what was available online. I found that Depco lists the part that I need, a Jabsco 11850-0701. I emailed them yesterday inquiring about inventory and shipping but have not yet heard back. Other searches show that the part is discontinued and/or unavailable. Perhaps we have been cursed by that other boat’s owner? 🙂 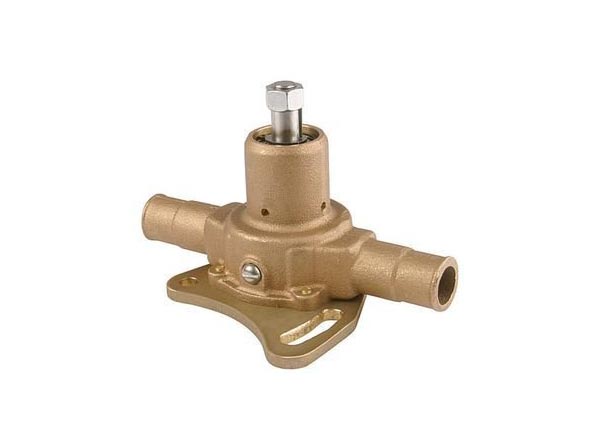 Note: My internet searches also found some references to a replacement pump for this engine, the Sherwood H5 (shown above). I’d love to hear if anyone has any experiences with this pump, specifically relating to installation challenges, and if the existing wheel for the belt can be used with it.

A creative use for the dinghy!

Where to keep all those fenders