It’s been far too long since we’ve had the chance to go hashing, that fun bit of alcohol-spiced exercise that we had grown so fond of in Grenada. Unfortunately, there just aren’t hash groups active on all the islands down here. There is a group on St. Kitts and we had hoped to participate in one of their events when we were on the island, but sadly they only run them every 3 weeks and we had just missed one. Now in Antigua though, where they also have an active hashing group, we were determined not to miss out again. We posted on their Facebook page looking for details and possibly transportation and it took only about half a day for us to get a reply with the offer of a ride. From who? From Jose, the sister of our friend George, our hashing buddy in Grenada who used to drive us to the events there! How’s that for it being a small world?

Given that the only place we have ever hashed is Grenada, we were quite curious to see how the event here would compare. To start, the terrain is much different and thus we were spared most of the mud and all of the super-steep hills that we were forced to claw our way up each week in Grenada. In spite of that, Goldilocks, the hashmaster, set a fun trail with lots of checkpoints to keep everyone guessing. I also fell victim to his lie that it would be a short hash and that there would be no hills. I definitely should have known better. I guess hashmasters the world over lie about stuff like that! 🙂 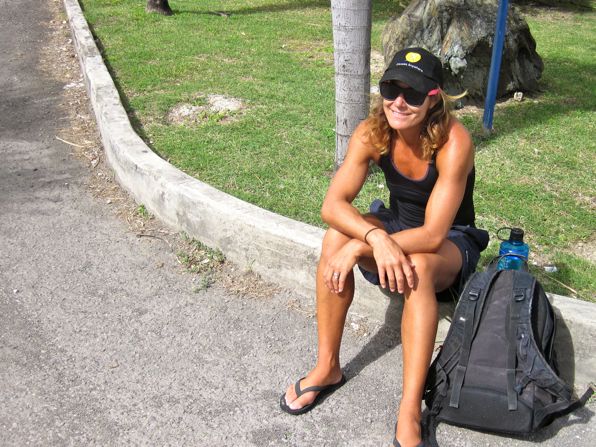 Waiting at Jolly Harbor for Jose to pick us up. 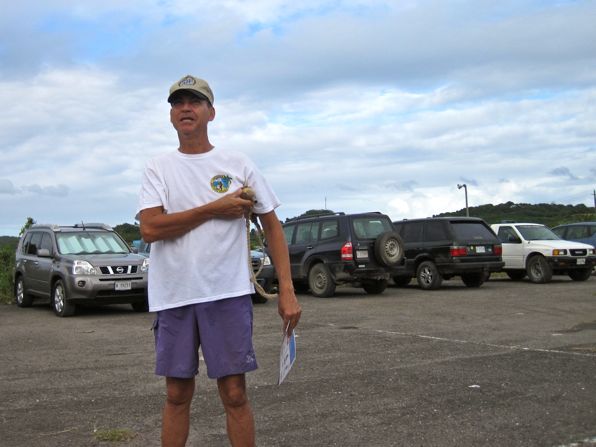 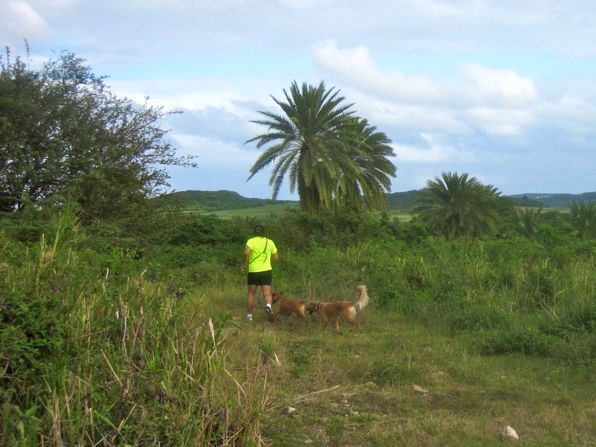 Looking for the trail at one of the check points. 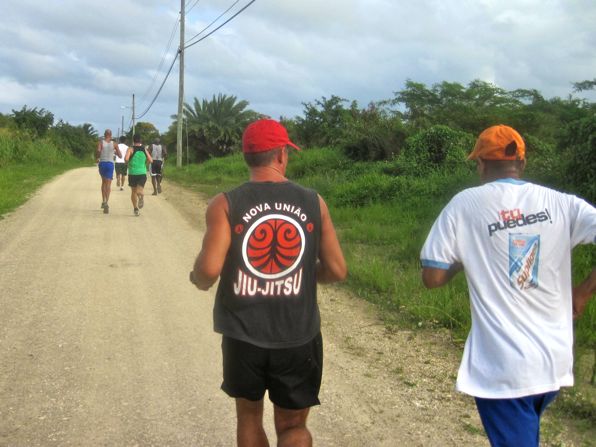 There was quite a bit of road running on this hash. 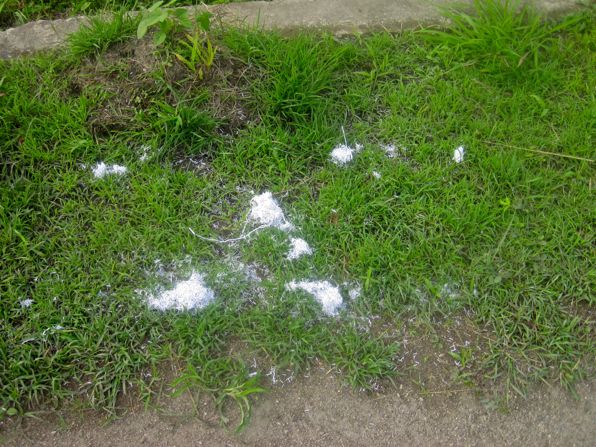 Is that just a normal blob of paper, an X or what? 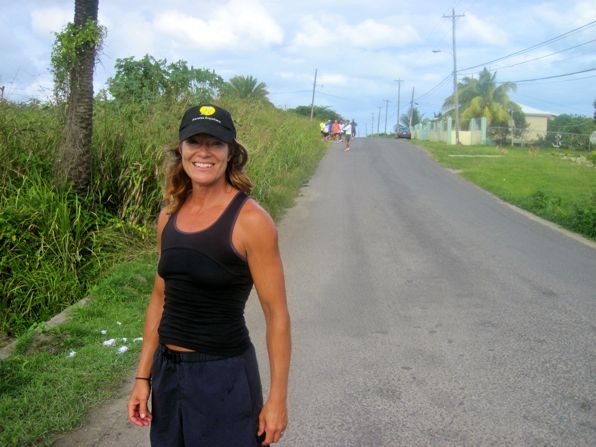 The pack hangs back by one of the check points. 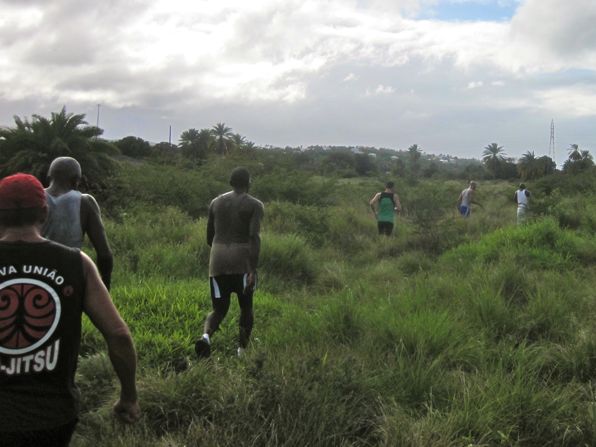 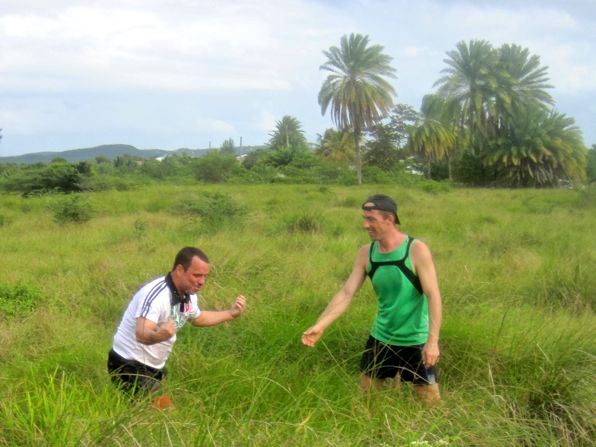 This was a textbook example of why you don’t take shortcuts. This guy, when taking the direct route off the trail, fell face first into a hole, disappearing completely while everyone nearby watched.
It was awesome! 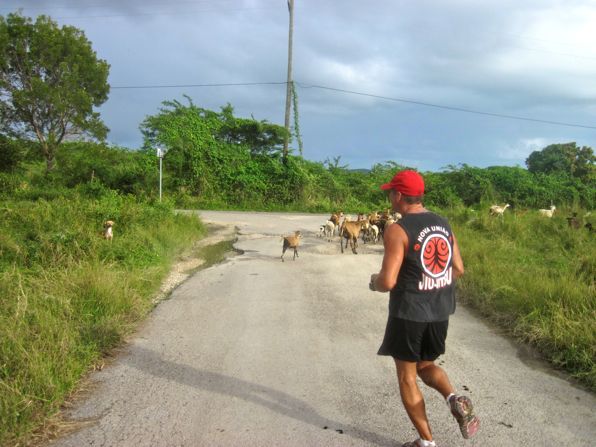 Running with the goats? 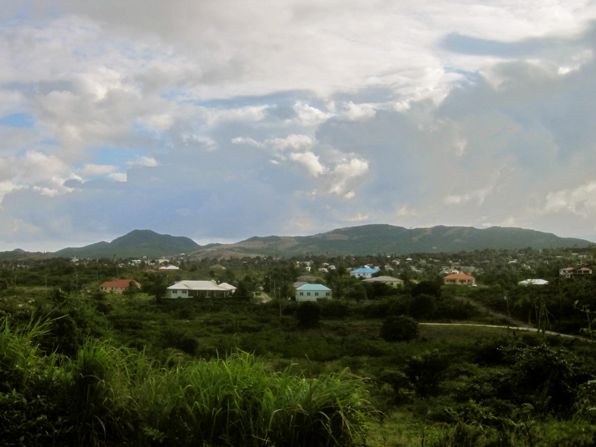 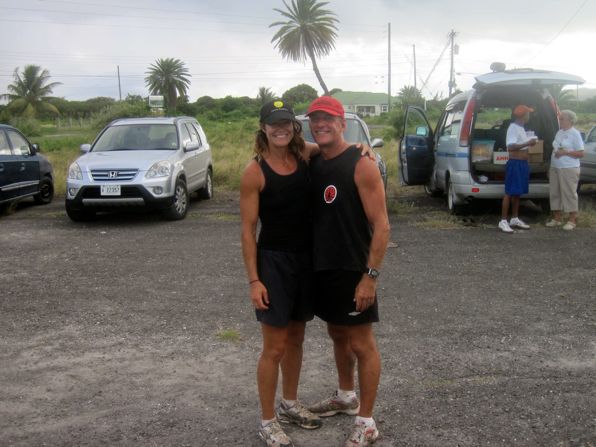 Is this post hash? It can’t be… where’s all the mud? 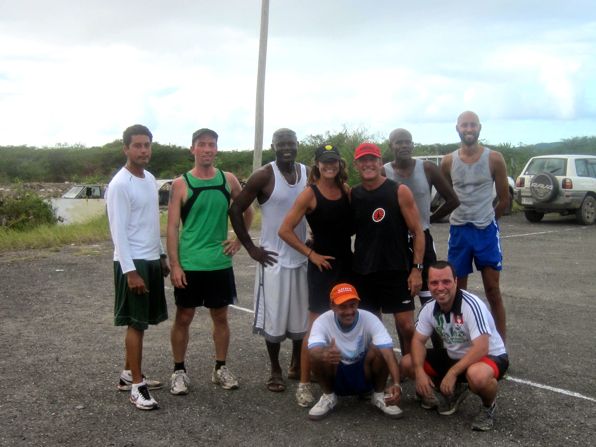 A pic with a few of the front runners. 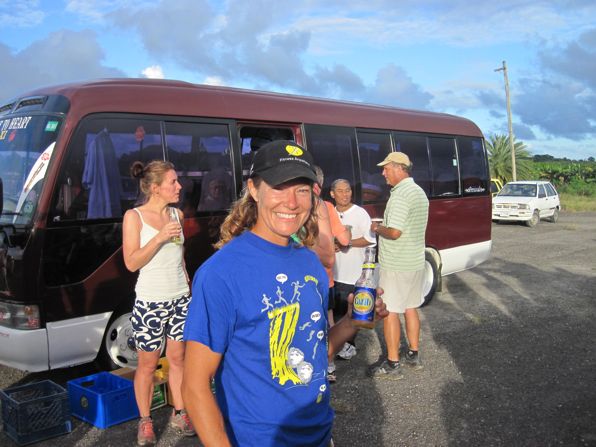 A Beer Bus! What an awesome idea… a mobile bar for the hashes! 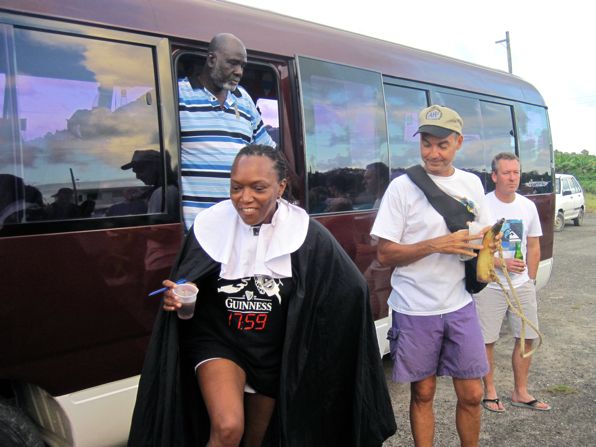 What is Goldilocks looking at? 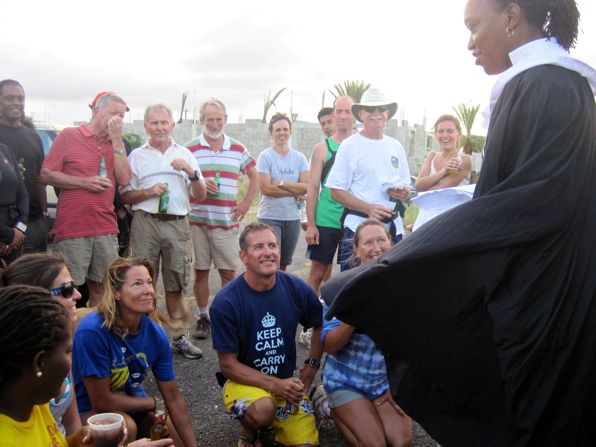 If you’ve ever been to a hash, you can imagine where this is going. 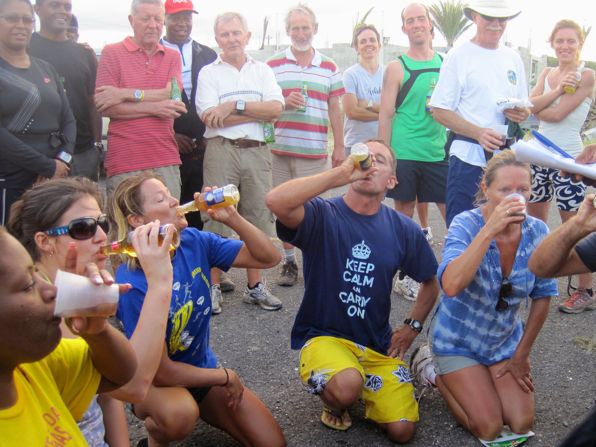 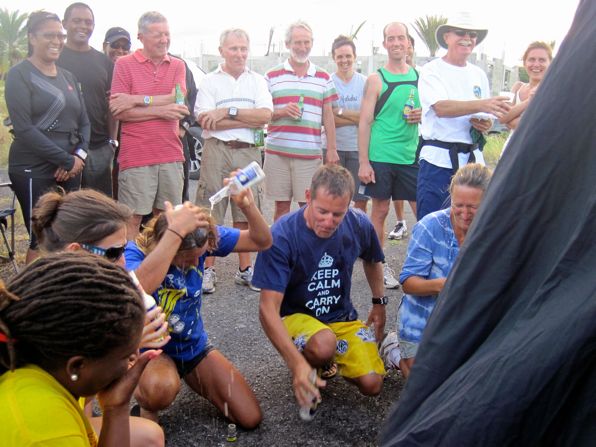 …poured on your head! 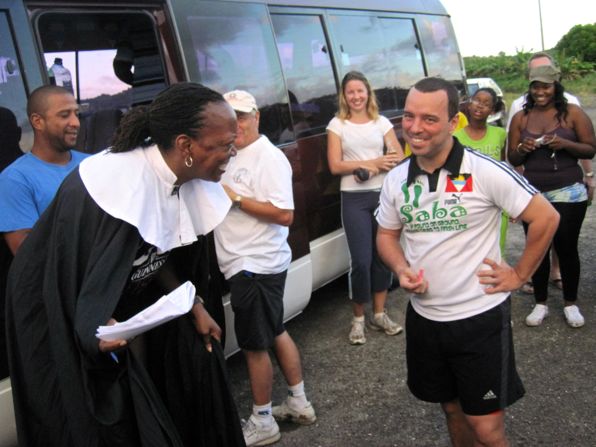 Falling in the hole while taking a short cut wasn’t enough.
He was also punished with a Down Down for his infraction. 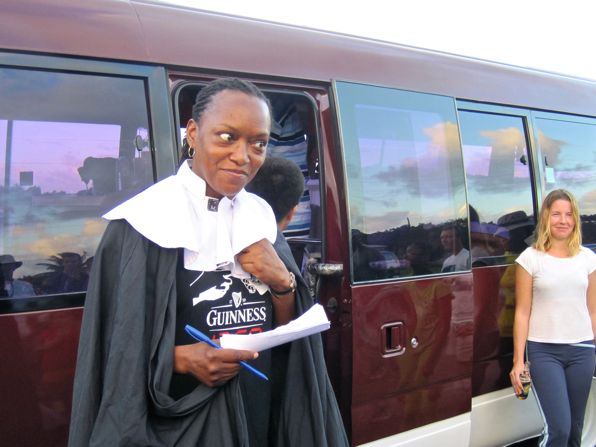 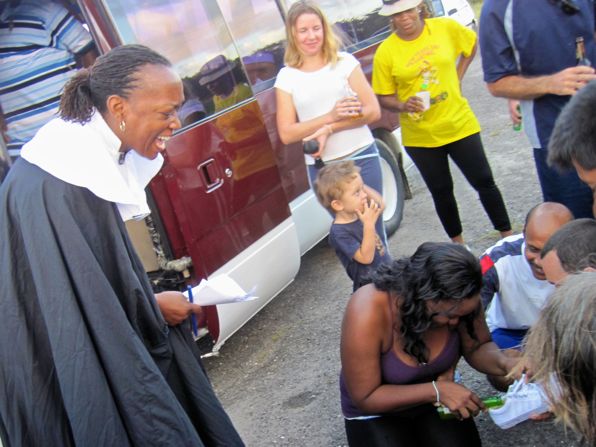 One more bit of advice… don’t brag to others while running the hash
that you are doing so in new shoes! 🙂

We’ve got weather on our minds