Although many people actually refer to yesterday as Father’s Day, in addition to that though, we were also able to celebrate Spinnaker Day! Yes, yesterday was the very first time that Rebecca and I have flown our spinnaker, excluding the 20 minutes or so that we had it up on the delivery trip almost 12 months ago.

Because this is all new to us, and I had only ever seen the sail set once before (a year ago as I mentioned) there was a little bit of thinking that had to go into how to run the lines. Once it was all said and done though, it was perfect. We started off on a nice broad reach with only the spinnaker up (no main sail) at 5 knots of wind. It ultimately picked up to almost 10 knots and our maximum speed topped out at around 5.5 knots. Not race worthy but as I said, we didn’t have the main up to support it. This event was extra special though because Rebecca’s parents, who themselves are sailors, were there to share it with us. All in all it was a great day! 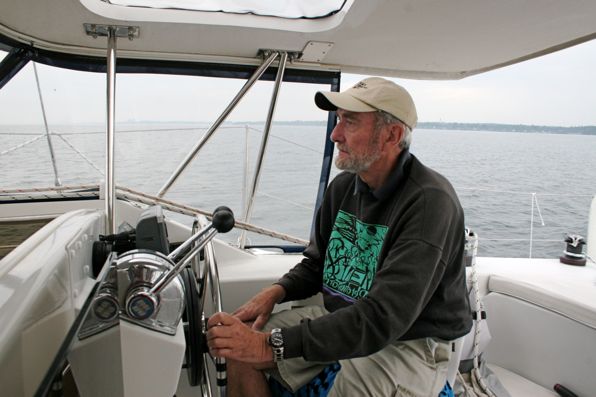 Dad at the helm steering us towards our anchorage on Saturday, pre-spinnaker. 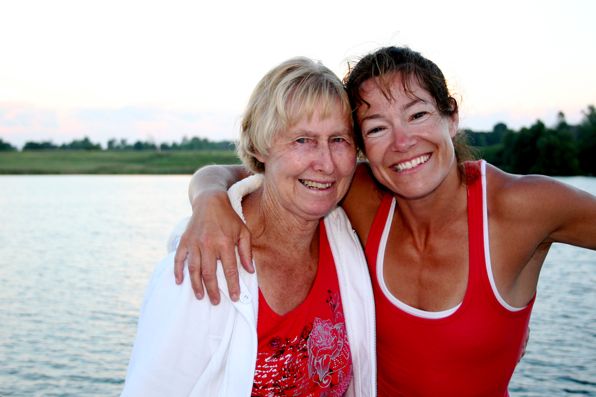 Rebecca and her mom enjoying time at anchor. 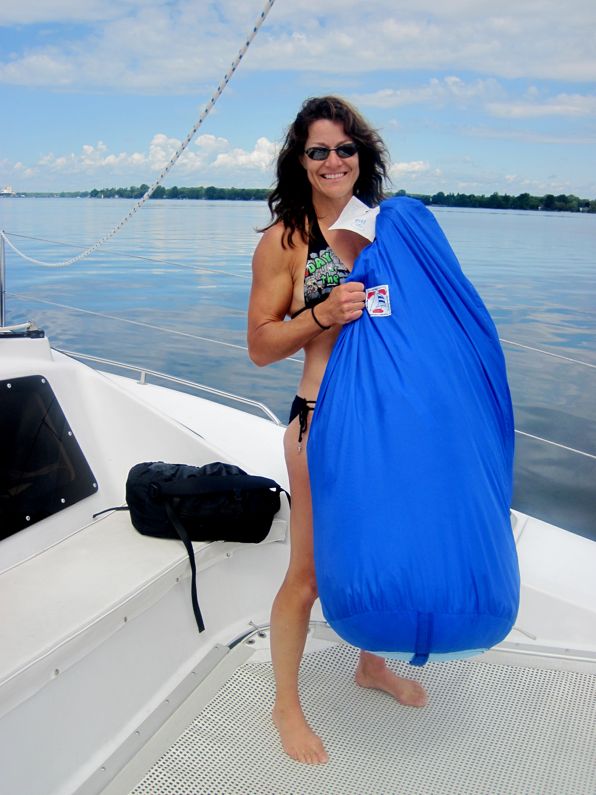 It’s time for the BIG sail! 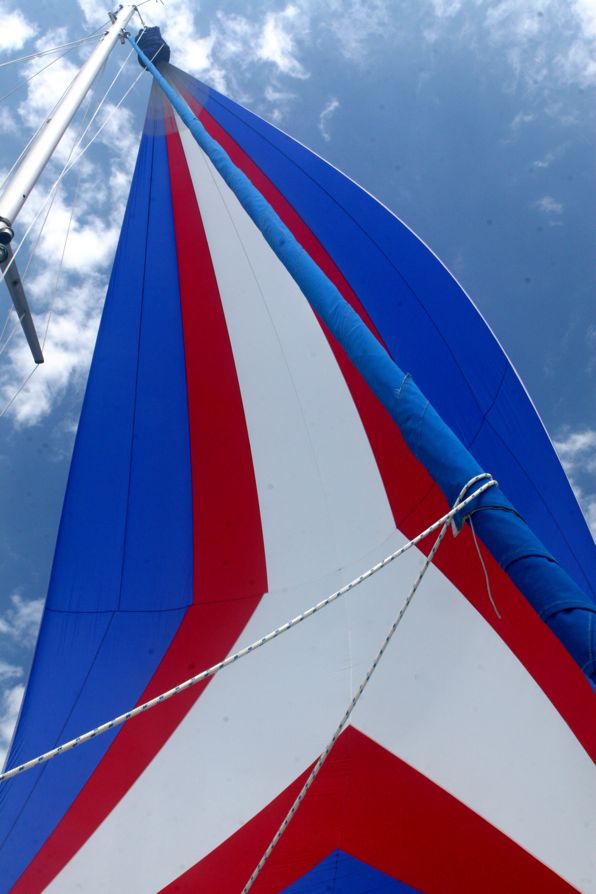 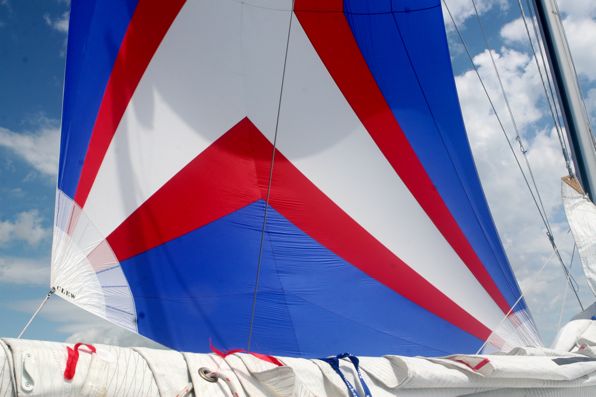 No caption is necessary for the above two pics! 🙂

We’re off for a two week cruise!

Because we don’t own a cargo ship…