Hank-on headsail instead of roller furling?

When talking to an experienced friend of ours, he told me that because it’s often so windy in the Caribbean, he rarely sails with anything larger than a number 2 jib. I know what he was getting at, the number 2 headsail being smaller than a big genoa, but I’ve never been super clear on the whole number thing. So, because of that, I decided to do a bit of research. 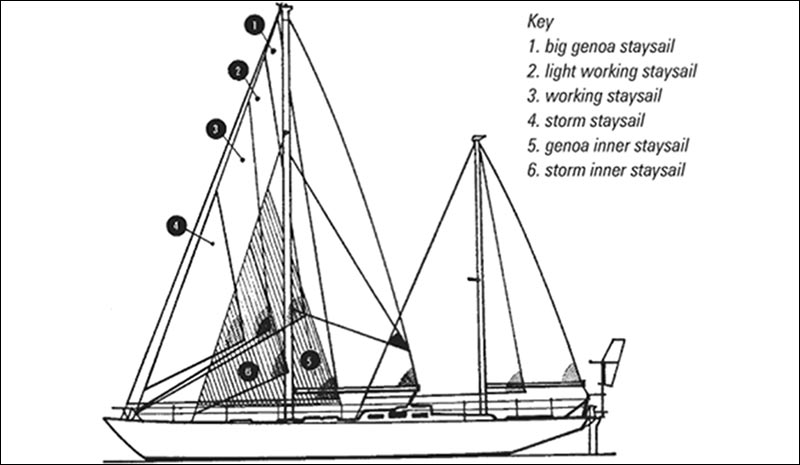 We’ve been carrying around a whole selection of headsails, but have only ever used the furling genoa that was on the boat when we purchased it. As our friend was implying, the wind is often up around here, so many times when sailing, we’ve been forced to reef the big genoa, rolling it partially up on the furler. As most people will tell you, reducing sail area like that doesn’t do a lot for sail shape, but what can you do? Well, in our case, we could use one of the hank-on jibs that we have, on our removable inner stay. 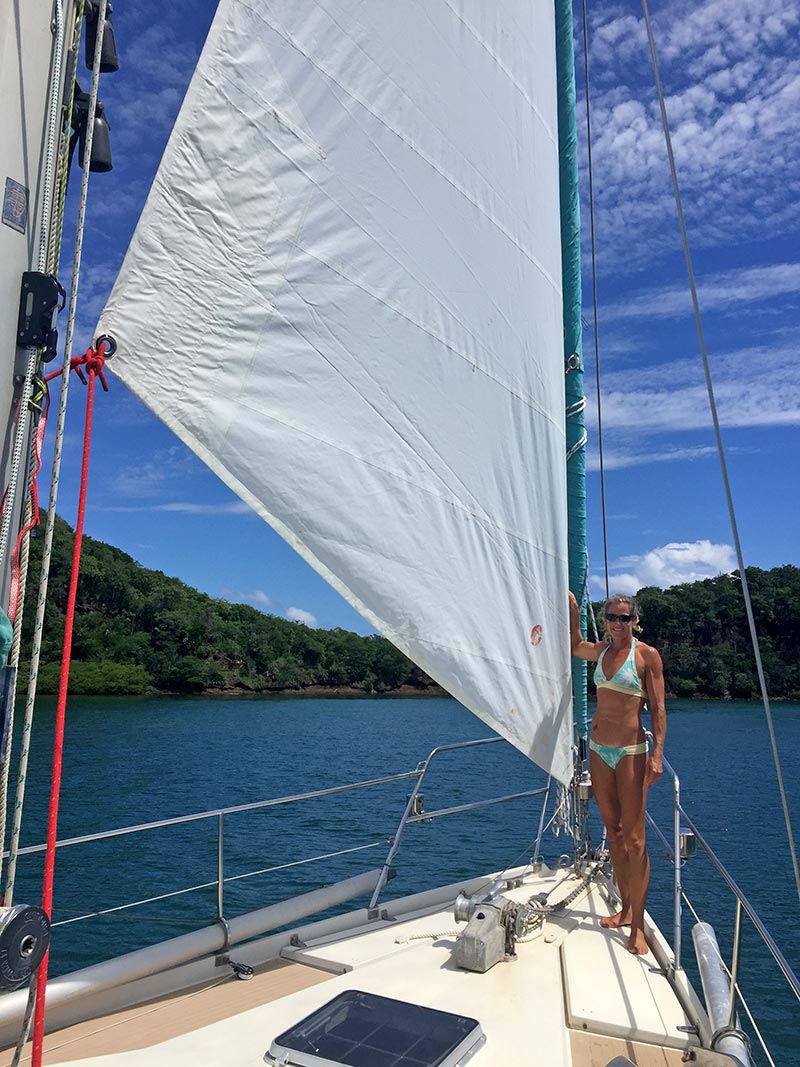 The smaller of our two hank-on jibs.
What would you call this? A number 3?

So, how exactly do you deal with these sails?

Like many things sailing-related, we don’t have much experience with hank-on sails. Part of the reason why we’ve never used the ones that we have, apart from the time we raised one of the jibs at anchor, is that we weren’t entirely sure what the procedure should be. For example, when it comes time to douse the sail, what do you do with it? My assumption is that someone would go forward and attempt to gather it up as best as they can while it is being lowered, and then secure it along the rail with a couple of sail ties until the boat is safely at anchor, and we’re able to devote more time to storing it properly. That’s my guess anyway. For the record, we don’t have one of the special bags that are designed for the sails to drop in to.

Read what the folks at Attainable Adventure Cruising have to say about hank-on sails.

Like most boat things, I suspect we’ll just have to get out there and figure it out on our own. Does your boat have hank-on sails? If so, feel free to share your tips, procedures. Inquiring minds want to know.

Things that go bump in the night