Just the other day I read with interest our friend Steve Bennet’s post about the Haitian martial art of Tire Machèt. Due to our background in the martial arts, and specifically our experience with the blade-based Filipino arts, I found the subject particularly intriguing. Even though I’m not buying the “it came to me in a dream” story about how it originated, it’s not at all surprising to me that a combative system like this would have been developed, and then later passed on from teacher to student. If you’re interested in Haiti, there are a number of other good posts on the Uncommon Caribbean site that are worth reviewing.

Interested in learning Tire Machèt yourself? Check this out!

Not good news for Haiti!

Unfortunately, the latest news for Haiti is anything but good. Hurricane Matthew, which has now grown into a huge cat 4 monster, is due to impact the country later tonight. With thousands and thousands of residents still living in tent cities, I fear that the effects of this storm will be catastrophic for them. Let’s hope that all those in the storm’s path, including Haitians, Jamaicans, Cubans, Bahamians, and potentially even North Americans are able to remain safe. 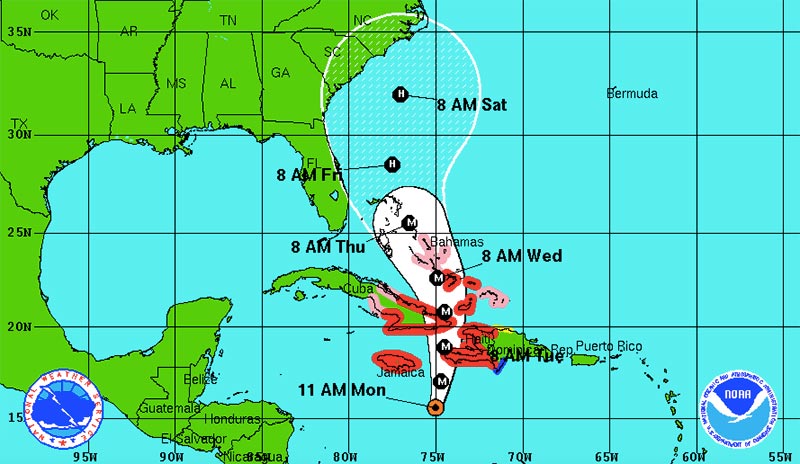 We’re off for a two week cruise!