Trip Advisor lists over 30 reviews of the Gros Islet Street Party, known locally as Jump Up, ranging from 1 to 5 stars. We, of course, had to check it out for ourselves.

Having heard from one of the bartenders that the event doesn’t really get going until 8 PM or so, our group of 14 set out about that time to find the action which was reportedly only a short walk from the dock. We did have to ask directions once to find the party but after winding our way through several dark side streets (with such a large group this felt very safe but I’m not sure I would recommend it otherwise), we found the area that was all blocked off for the event.

Upon first arriving, my initial thought was that the party looked a lot like Fish Friday in Gouyave, with various food stands lining the sides of the roads. As we continued to walk we found a DJ at the main intersection who was blasting out tunes for everyone to dance to. This reminded us much more of the street party that we attended in Grenville.

We were all quite surprised at the huge percentage of tourists on the streets, some of whom looked as if they were dressed for a wedding instead of a street party (the majority were definitely not cruisers). As the night wore on though there was a decided shift in the revelers, with the tourists being replaced by more and more locals. So, much like the story of the Blind Men and the Elephant, what time you arrived at the party, what time you left, where you hung out and who your party companions were would obviously affect your “review” of the event. As for our take, we give Jump Up 4 out of 5 stars on the Official ZTC Party Scale! 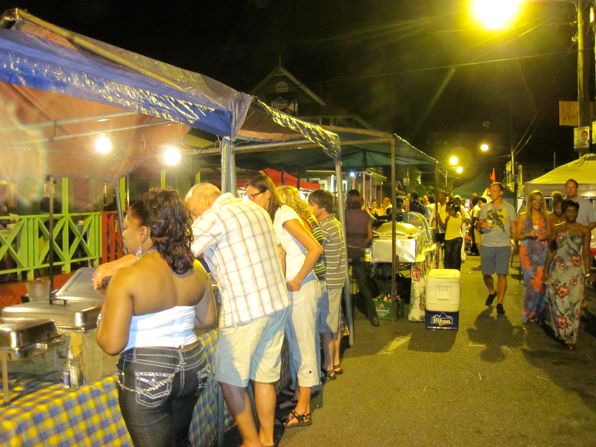 Food stands on the left, overdressed women on the right. 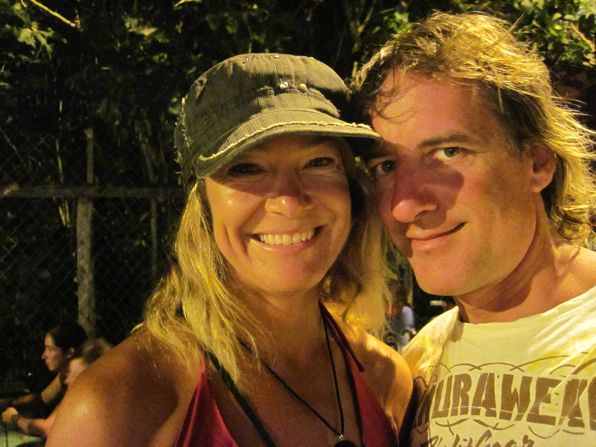 The yellow color cast is from the overhead street lights, not jaundice. 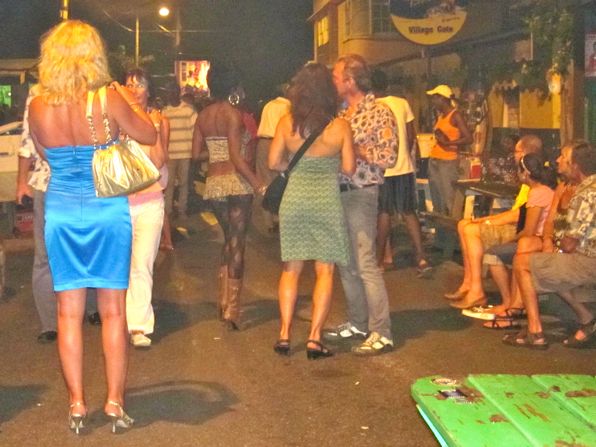 The woman in the center was perhaps a tad “under” dressed. 😉 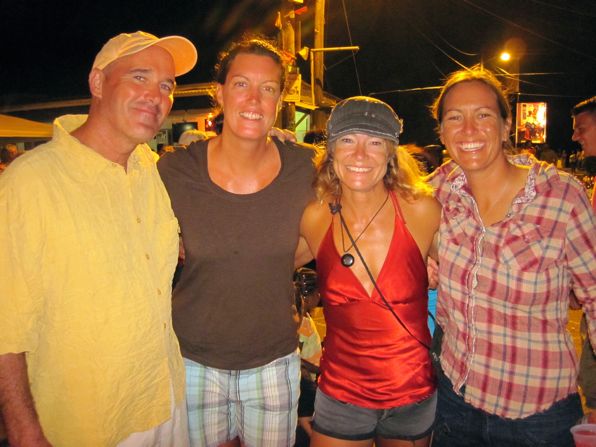 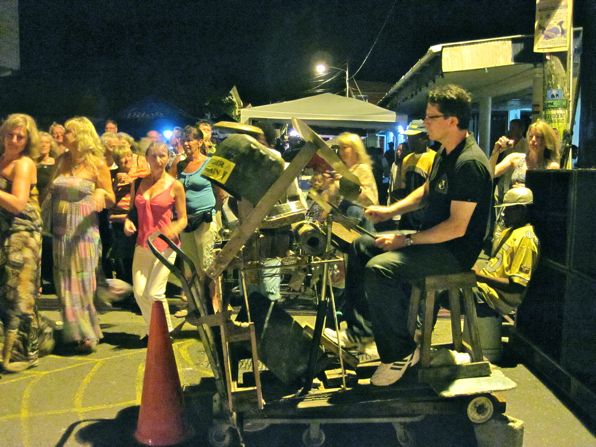 People could just come up and play this makeshift drum kit. 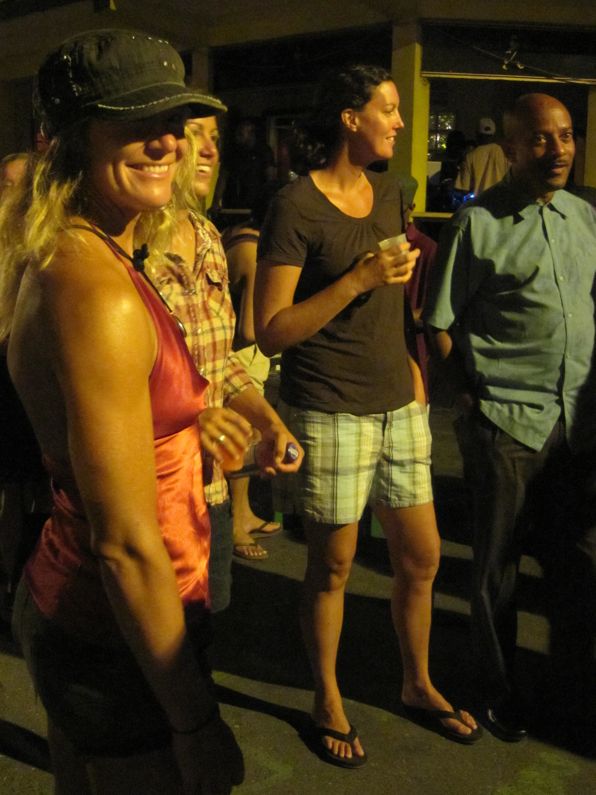 Having fun as usual. 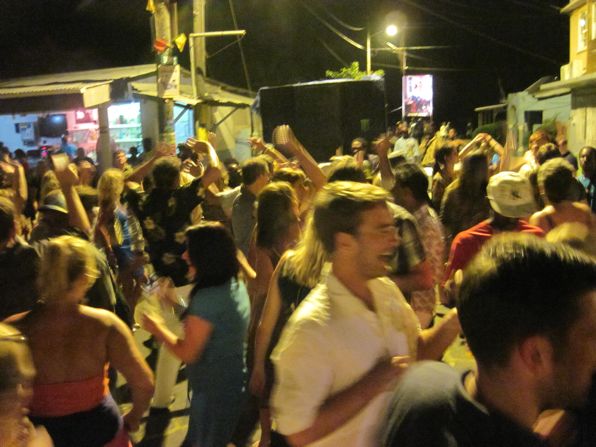 As was everyone else. 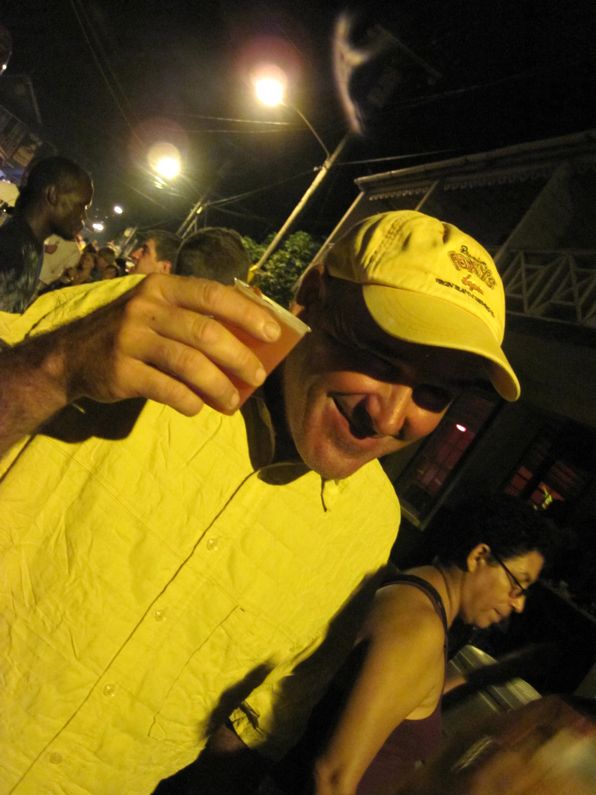 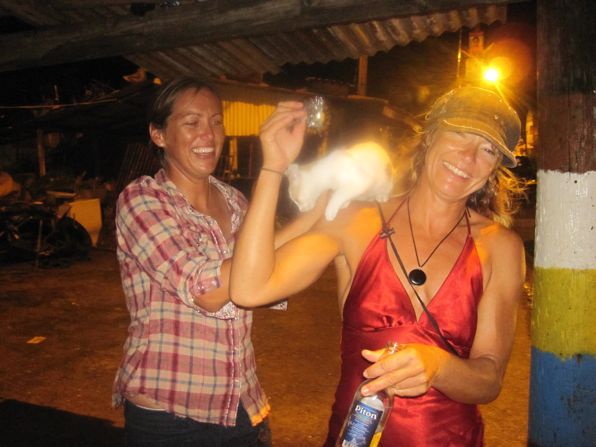 “No, Mike won’t let me take home a kitten either.”

Something new to play with