The destination for our sail yesterday was… west! West along Adolphus Reach with no real destination in mind. The winds were 5-10 and for much of the day, we were able to set the autopilot and ghost along on a nice broad reach. 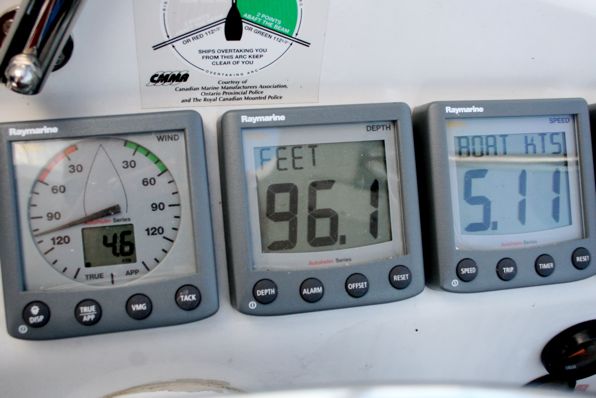 There was a point shortly after we set out when it appeared we were on a collision course with another sailboat (a Nonsuch). We were both going so slow that it was hard to determine who was going to pass in front. We had the right of way though and thus were the stand on vessel. Although it took some discipline to do so, we held our course and by the time we crossed paths we were at least a couple of boat lengths apart. I don’t know how those racers do it any closer because it was stressful!

When I mentioned the other day about anchoring in deeper water, it was suggested (in the comments that followed) that there were several ways of rigging a bridal on the rope rode (as opposed to the chain). One method suggested, that I had already planned to rig up, was to splice a short length of chain onto a short length of line. The chain could fit through the chain plate we typically use when attaching to our chain rode and the line spliced onto it could be tied with a rolling hitch to the rope rode. Because I thought this was a clever idea, and so that I would have another chance to practice my splicing, I decided to make one up. Verdict? It works great. 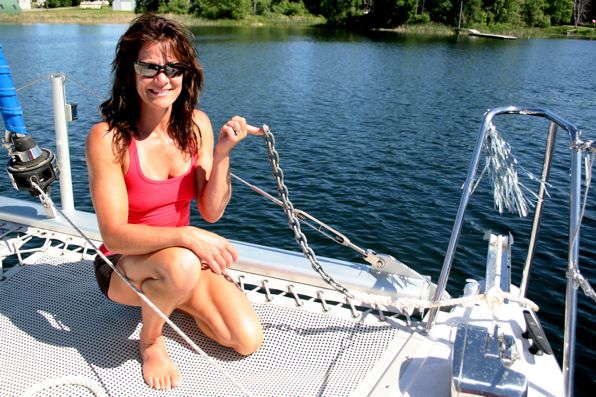 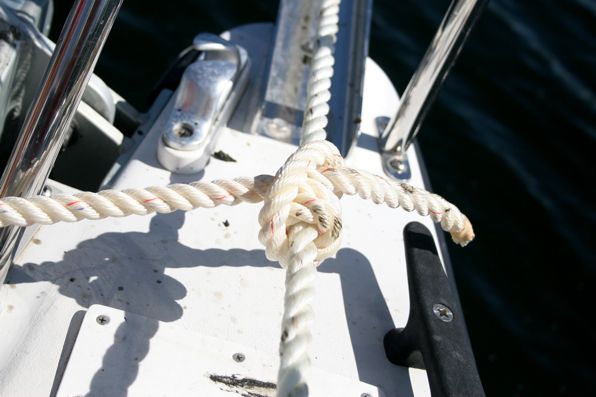 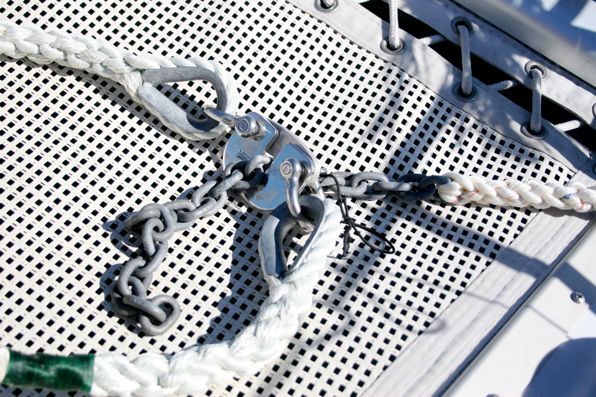 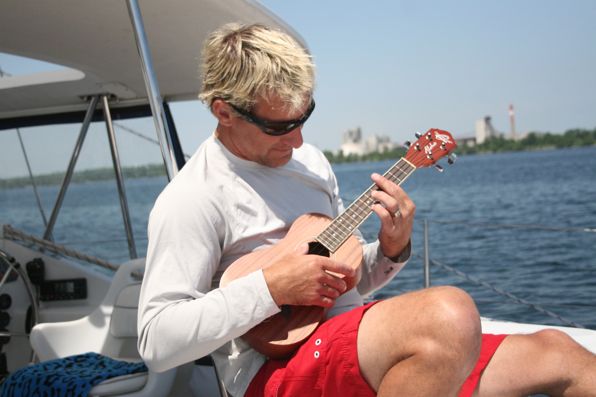 Me, trying to learn to play the new Ukulele given to me by my good friend Adam. 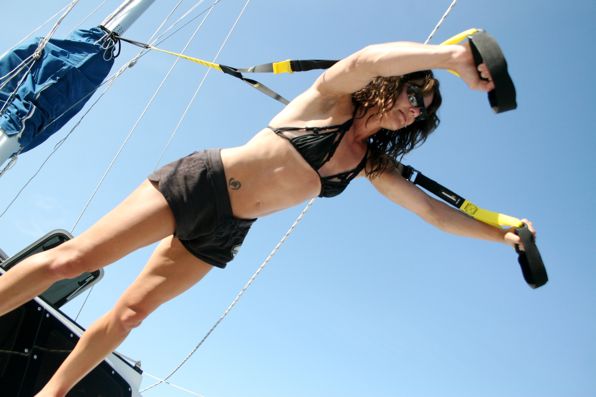 Rebecca, doing what comes naturally to her, exercising, with her TRX of course!

By the way, today is the beginning of the Atlantic Hurricane season. I hope that it turns out to be very uneventful for our friends in the Caribbean, and for ourselves as we make our way down the US East Coast.

Leave no trace – Take your trash with you!