Yesterday we contacted the two marinas in the area who could step our mast for us (put it back up). Both are located in the Catskill Creek, about 35-40 miles from here. After speaking with both of them we found out that only one can accommodate our boat due to its beam (width). So Hop-O-Nose Marina it is I guess. Our plan is to be there early Monday morning.

One new consideration for our travels from this point forward will be tides. I posted a bit about the effect of tides back in March. Up to this point I have primarily thought of the effect of tides on the depth of the water but the flow of water as the tide is changing can create, what I understand is, a fairly strong current. This can either result in a “push” towards our destination or a push back against us. Apparently we need to consult the tide charts to plan our departure and arrival times.

How do we do this? There are several online resources for this info, and even our iPhones had apps for it. We no longer have the phones though, and relying on the internet would be silly. Our chartplotter has a feature which can tell us the tides, and we’ll no doubt give that a spin to see how it works. The traditional way though is to consult a Tide Table book. Acquiring such a book, along with some charts for the local area, was one reason we decided to join some new friends on a bus trip to West Marine. Did West Marine have the book? Yes. Did they have any charts? No. Apparently no one around here carries strip charts of the Hudson River. We also inquired about grommets for sail repair at West. The guy basically told me they didn’t carry such nautical things. I’m sure he could have sold me one of their stupid pink pirate flags though! I was pretty pissy when I left that place. 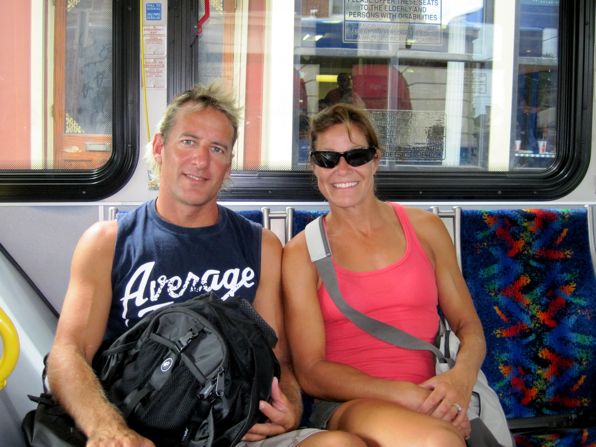 The buses were nicely air conditioned, and also made for some good people watching. 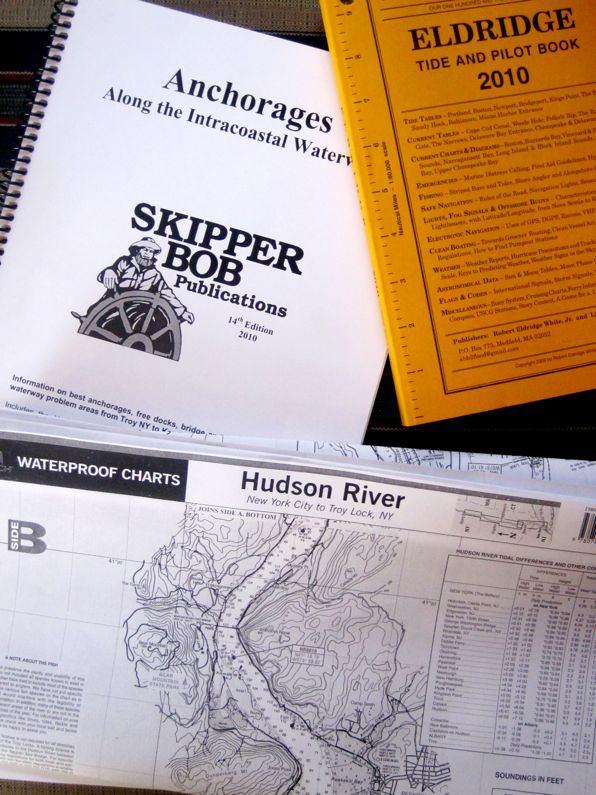 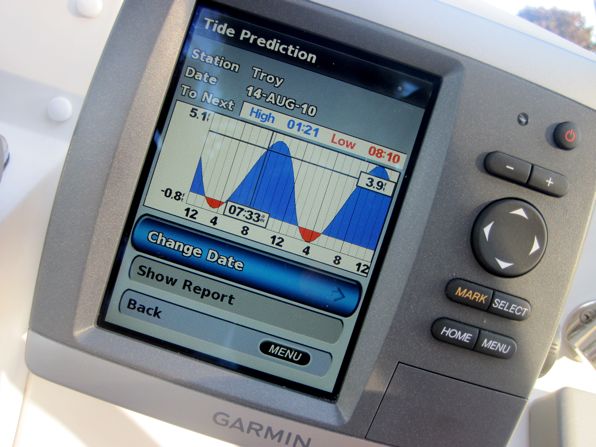 Our friends made out a bit better at West Marine than we did though. They went to acquire a tiny dinghy to use as a tender for their boat. Even though they needed to find the manager to actually find it in the store, they walked out happy. 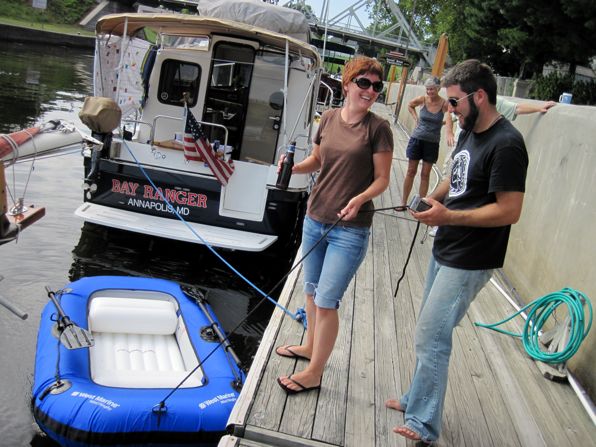 The Christening ceremony for Ben and Beth’s new dinghy, Terry(dactyl) the Tender. 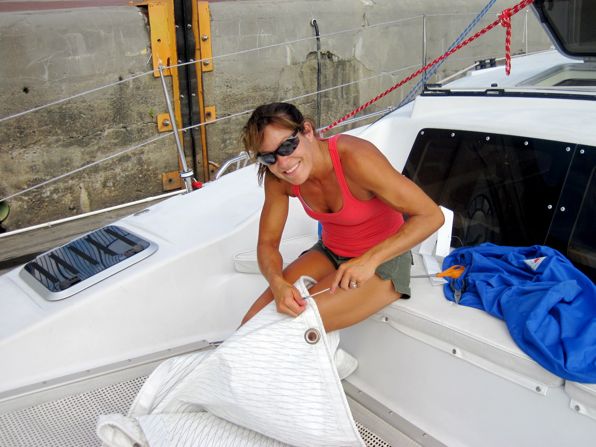 Rebecca, once again, sewing on the trampoline. This time she was patching a sail-slide grommet that we noticed was torn a bit. 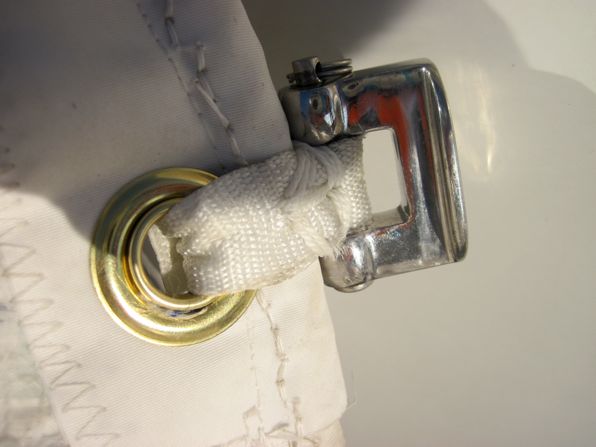 Just another day in the boatyard

Not a happy day