Get rid of those filters

By now some of you have no doubt set yourselves some New Year’s resolutions. If so, good for you. Make 2017 a year that you grow. Hopefully your resolutions are things that inspire you, things beyond the typical lose 10 lbs., drink more water, tripe that adorns near everyone’s beginning-of-the-year goal list. Dream big dreams, and if you’ve yet to put pen to paper, I encourage you to take the filters off when creating your list. Filters? Yes, the societal filters that are either subtly, or overtly, imposed on you that say you’re too old, too poor, or too uneducated to accomplish the really exciting things on your list. Because really, that’s all just BS. 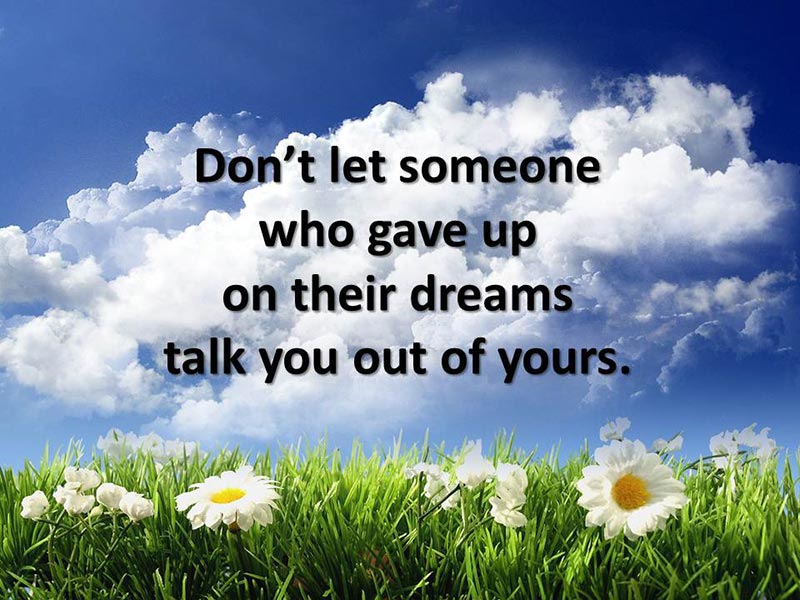 Let’s take the too old excuse for example. It’s one of my favorites, as evidenced by the fact that I’ve posted on the subject before. I actually chose the quote for yesterday’s blog entry knowing that I was going to write on this subject today.

Just the other day I posted on Facebook that I was in the process of rehabbing a knee injury that occurred during the 950th hash in Grenada. Several well-meaning friends made comments to the effect that I was not 18 any more, implying that I should perhaps set my sights a bit lower. Sure, some were joking, but I’m positive others were convinced that what they said was gospel. Should we settle for less as we age? Hell, no. I certainly don’t intend to.

I used to visit a chiropractor whenever I was faced with a minor injury inflicted from overly-aggressive jiu-jitsu training. Almost every time I saw him he would tell me that maybe I should slow down now that I was getting older. I appreciated that advice so much, I fired him!

It’s worth noting that several of the hashing FRBs in Grenada, that is the constantly-fastest front runners, have a decade or more on me. Every week they outrun athletic youngsters a third of their age. I can tell you, they aren’t making excuses, and neither should you or I. 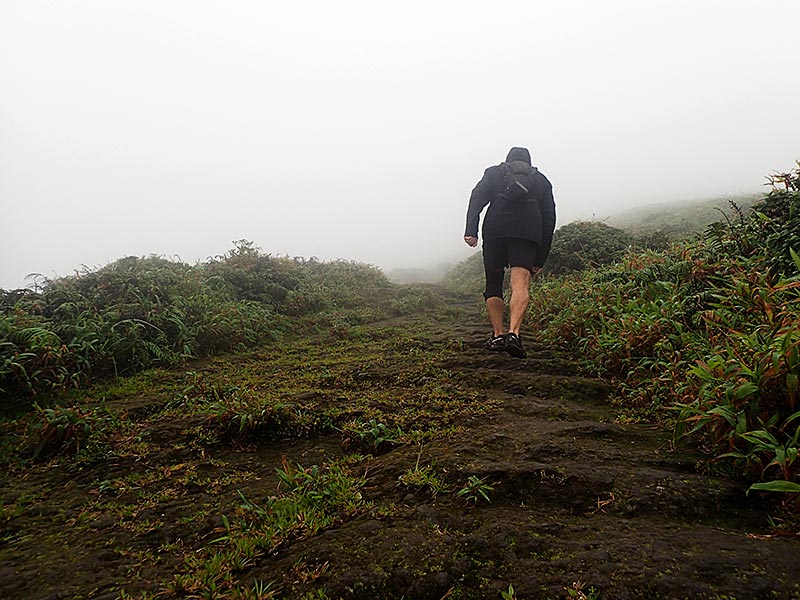 Yesterday morning. We never saw any of the sunshine that was forecasted several days ago. Instead, we had brutal weather for almost the entire climb. Many might not believe this but we even had sleet up on the mountain. I’m Canadian so you can trust me… it was wet snow! Crazy, right? 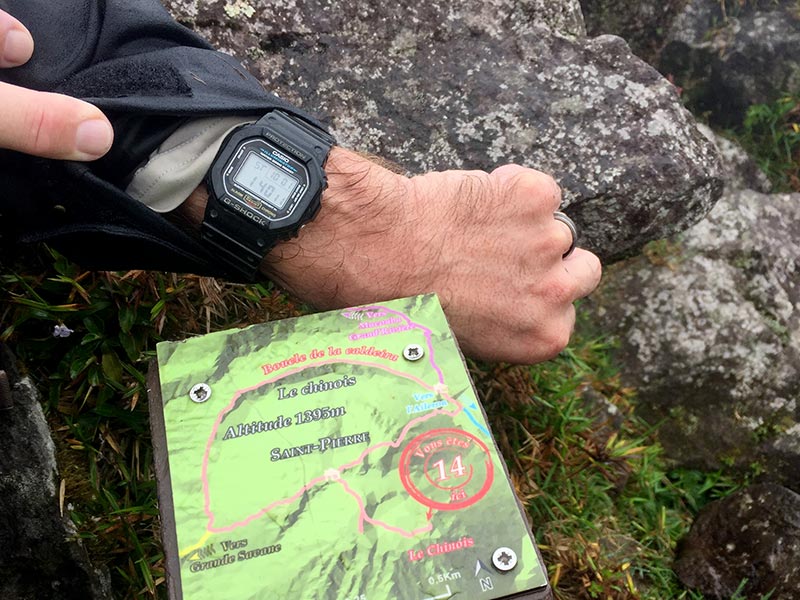 1:40 to the top. It was freezing up there, and we wanted nothing more than to get moving again. We had to record this New year’s greeting first though!

My knee must be getting better, we shaved over an hour off our last time! The cover picture at the top showing my stop watch was taken when we were back in the car.

It’s all downhill from here.