Almost exactly one month ago I wrote a post about how sunshine makes us happy. Well, most people must feel the same way because during our travels today, in the rainy weather, we heard countless people bitching others out over the VHF radio. LOL. Funny stuff.

Two days ago we left Annapolis, heading north to hook up with our friends Kirk and Donna and go to Fairlee Creek. During the summer months this is apparently quite a happening place. With the season winding down, it was considerably less busy but we had a great time nonetheless. Kirk and Donna brought a couple of friends with them, Terry-Sue and Bill and we had a riot with them as well!

After spending one night at Fairlee Creek, we headed across the bay to anchor in Frog Mortar Creek (where did that name come from?) in the Middle River, MD. This is where Terry-Sue and Bill live so we were able to dinghy them to shore after a bit more social time.

This morning we awoke to clouds and rain, the first that we have seen in ages (not counting the other day’s thunderstorm). Kirk and Donna had to head back to the real world while Rebecca and I set course for Baltimore, where we are now. Upon arriving here we rang our friend Tom, who we met while traveling through the Erie Canal, knowing that he was here. He gave us a tip on where we could tie up for free, at least until they kick us out later in the week. There is a big event(s) going on this weekend, the Fell’s Point Fun Festival, and apparently we can’t tie up on this dock during that time. We are hoping our new friend Terry-Sue might have some intel on where we can go when they kick us out of here. Fingers are crossed. 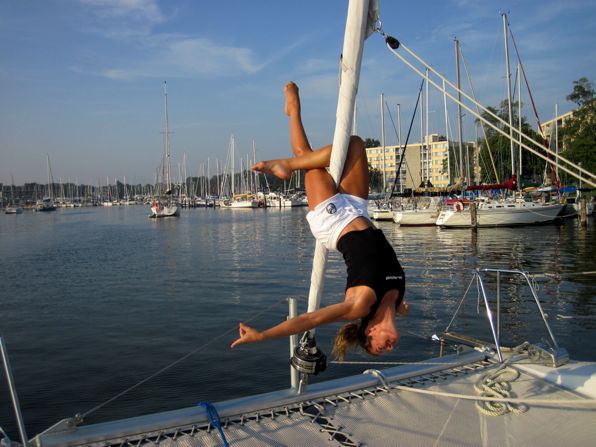 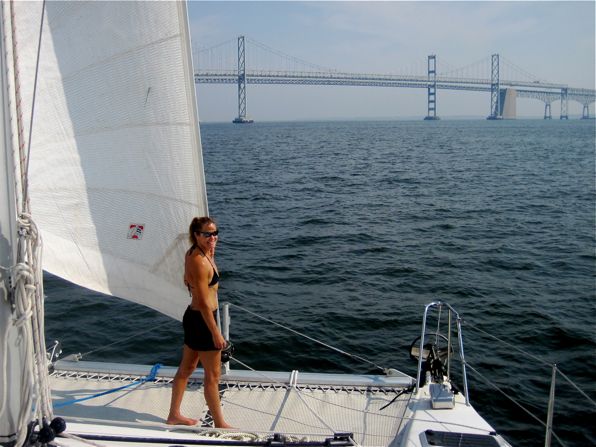 The Bay Bridge across the Chesapeake. 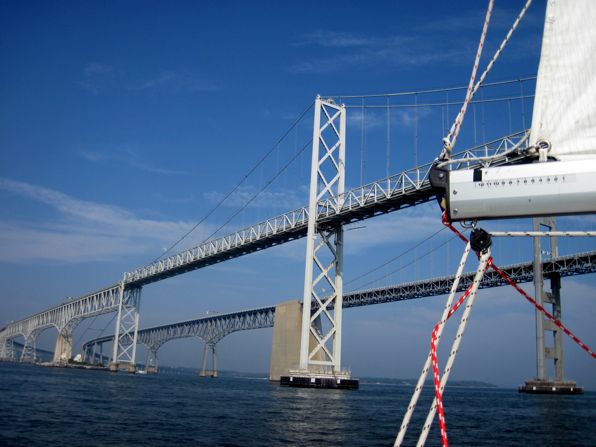 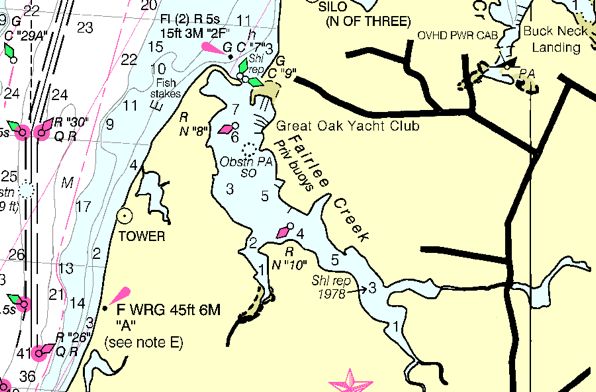 The chart for Fairlee Creek. Getting into the anchorage requires motoring right at the shore and then making a hard turn to Starboard, through a narrow cut. 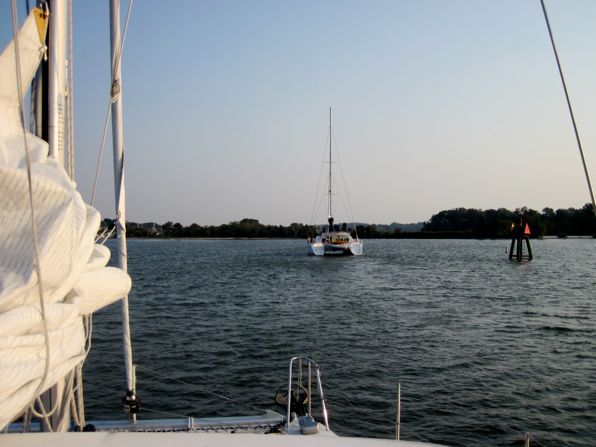 Following our friends into the anchorage. Our plan was that if they hit bottom, we would stop. 🙂 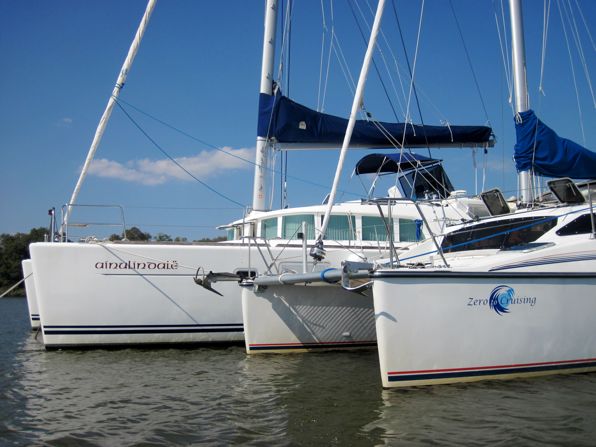 Rafted up to our friends’ Lagoon. 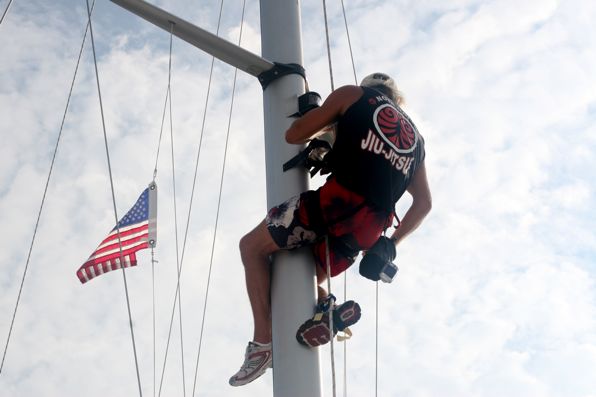 Before play-time, some work had to be done. Our $50.00 LED replacement steaming light bulb was causing a lot of radio interference. Grrrr! So, up the mast I had to go, to swap it back with the original bulb, which fortunately I kept. Anyone want to buy a LED bulb? Cheap! 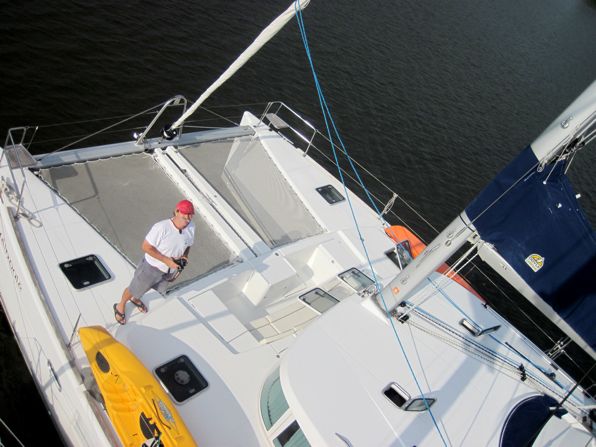 Kirk on his tramp, watching the “action”, and taking pics for me. 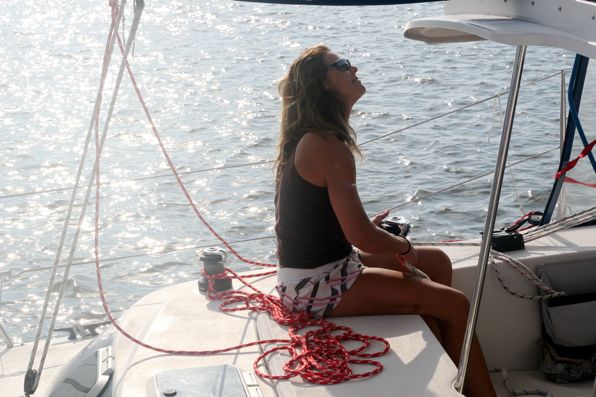 Rebecca, backing me up on the winch. 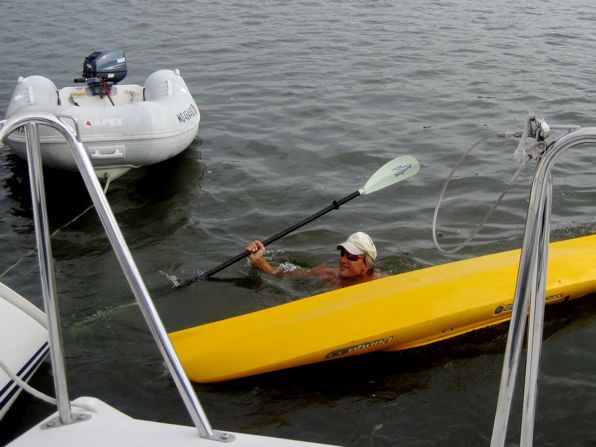 Some unintentional swimming. I didn’t lose my hat or glasses though. Sadly I did lose the bagel I was holding in my hand while trying to enter the kayak. Doh! 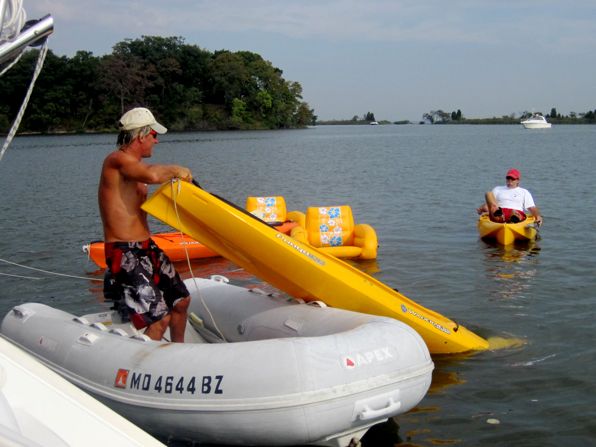 Dumping the water out of the overturned kayak, trying not to make a second entrance into the water. 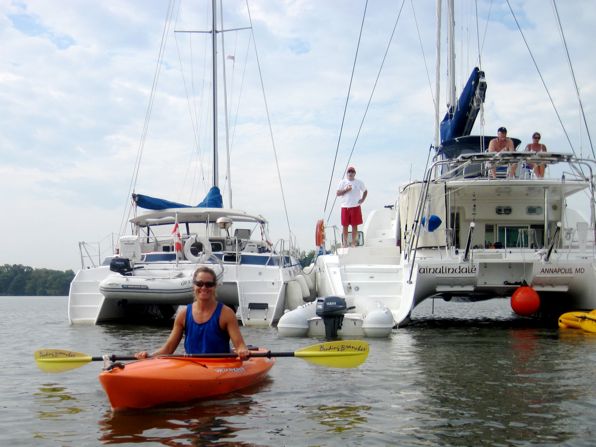 Kirk brought lots of water toys for us “kids.” 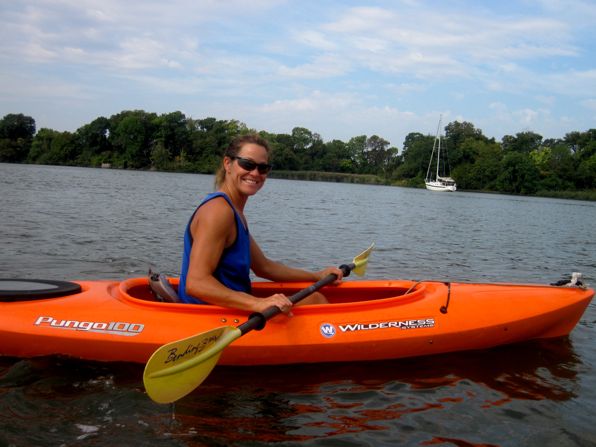 Rebecca playing in the kayak. Unlike me, she didn’t do any unintentional swimming. 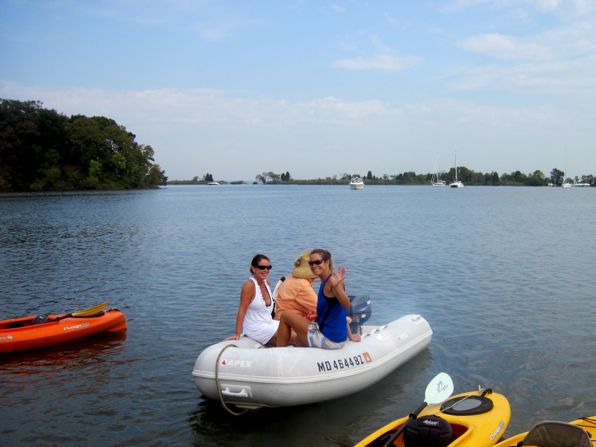 The girls making a run to shore, looking for more wine. 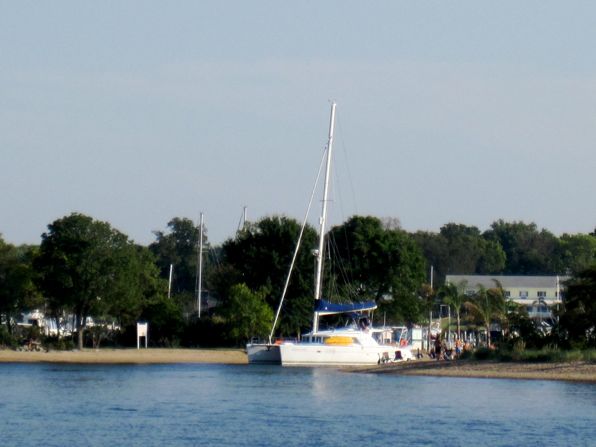 Ainulindale making their way through the cut when leaving Fairlee Creek. 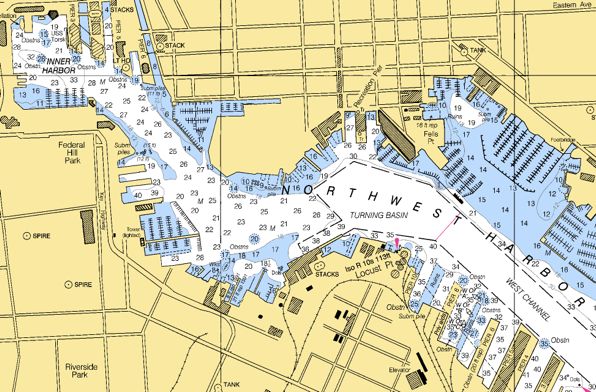 Baltimore harbor, where we are now.

Do you have a backup steering plan?