Since having multiple engine issues which we think might have been caused by some bad fuel, we have been being very careful with how we handle our gasoline. Although it is much less convenient, we have been trying really hard to not pump fuel directly into our tanks. Instead, we fill the multiple jerry cans that we carry and then when needed, we filter the fuel into our boat’s main tank. The filter we use is one that we picked up from West Marine. We have heard many good things about Baja Filters which cost quite a bit more money but I read a review of them and the West Marine filter actually came out on top. 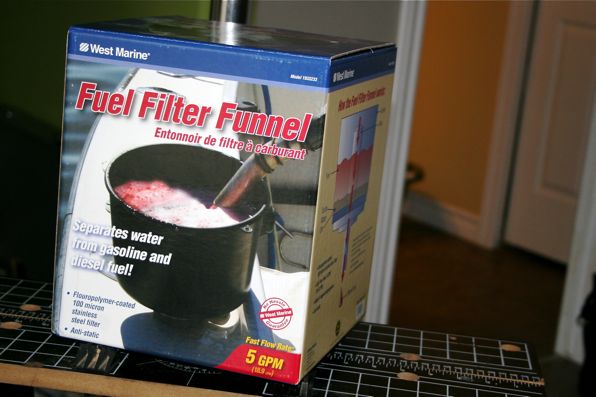 One challenge that we had is how to easily transfer the fuel from the jerry cans into the (filter) tank. We had heard of a device called a Super Syphon which is essentially a hose with a ball in a fitting at the end but in spite of multiple efforts, we were not able to get it to work*. We picked up another cheap syphon from a hardware store and it did work. Ultimately though we found a device called the Flo n’ Go

which really does the trick. It screws into the top of the jerry can just like the normal spout and operates similar to the nozzle on a gas tank. It costs a bit more (approx. 30 bucks) but we now have much less fuel spillage to contend with. 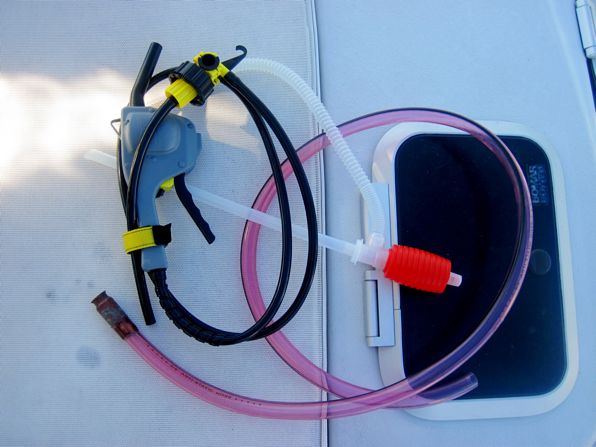 A comparison of the various syphons we have spent money on. 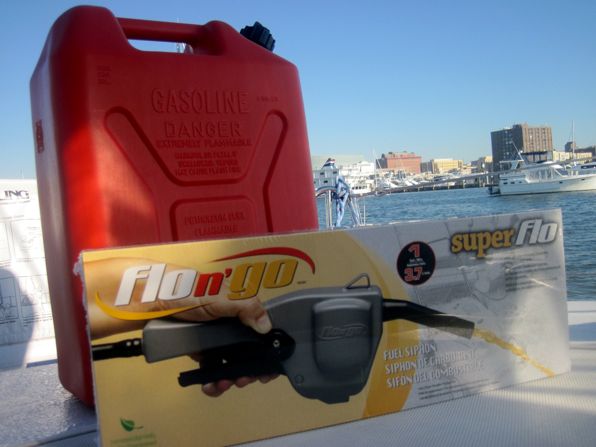 A bit more money but this one works perfectly. 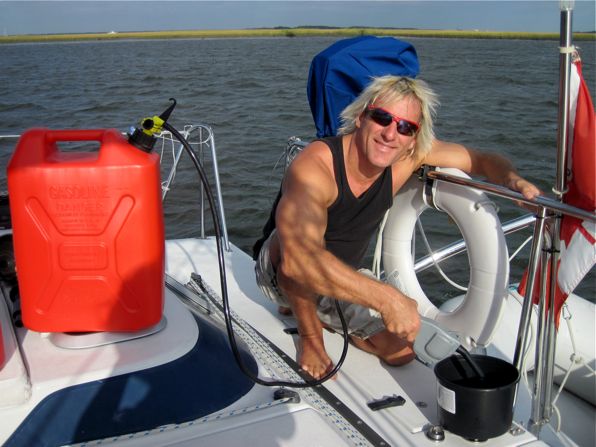 *There is a post on SV Estrellita’s blog about the Super Syphons and they commented that they really like them. I think we actually ended up with either a bad one or a cheap clone.