A couple miles NW of St. Barth’s (St. Bart’s?), where ZTC now lies at anchor, is an island called Ile Fourche (Fork Island). This is where we spent last evening.

“A lot of cruisers who hate going to weather use Ile Fourche as a convenient break from the beat to St. Barth’s…”

I wouldn’t necessarily say that we hate going to weather (sailing towards the wind) but given the sea conditions yesterday, a break sure was welcome. As it turned out, the anchorage was lovely, and even with the large easterly swell running, it was no more rolly than any of the places we have been the last few weeks. It also made for a bit of cool hiking this morning before we set sail for St. Barth’s. 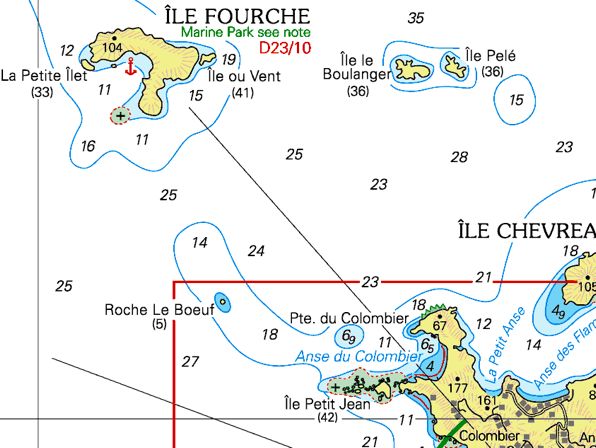 Note: In spite of the fact that our guidebook speaks of anchoring at Ile Fourche, and the sign posted on the beach there specifically says that there is nothing wrong with dropping the hook there, we were chastised by the marine patrol this morning for doing just that. According to them it is OK to anchor if you’re “outside” the mooring field and we were not. Makes sense. In our defense though, when we arrived at the completely-empty anchorage, we did so at exactly the same time as another vessel. As they dropped their anchor we assumed it was cool for us to do so too. We just happened to sneak up closer to the shore than they did so that we were out of the swell. Oh well… lesson learned. We apologized and won’t do that again, especially since it appears as if the newish solid-looking moorings put down by the Marine Reserve are free (don’t quote me on that but I didn’t see them going around and collecting money from the other boats there)! 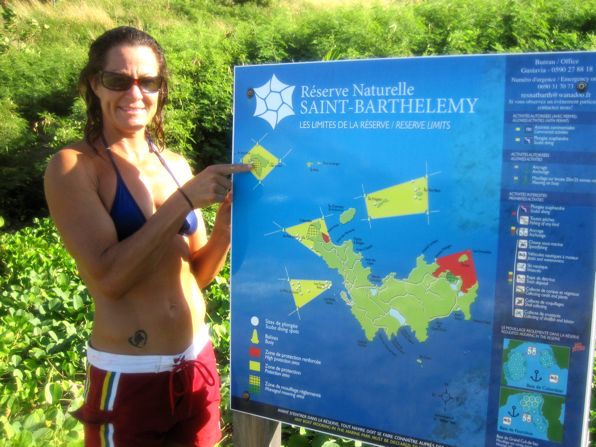 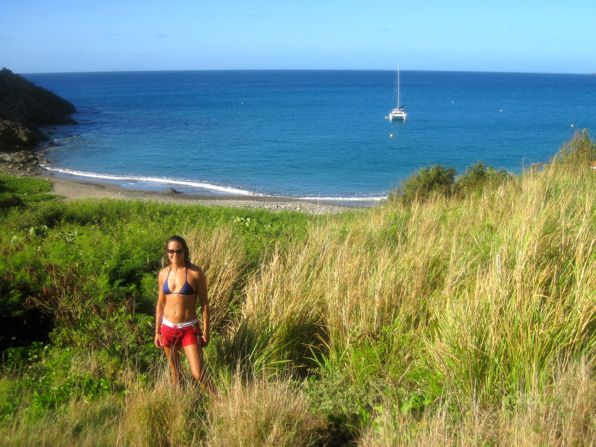 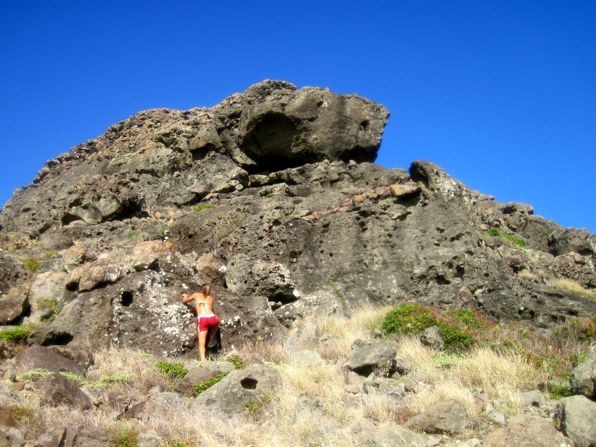 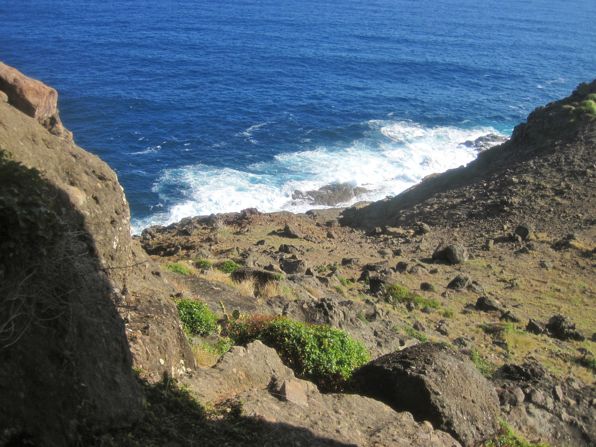 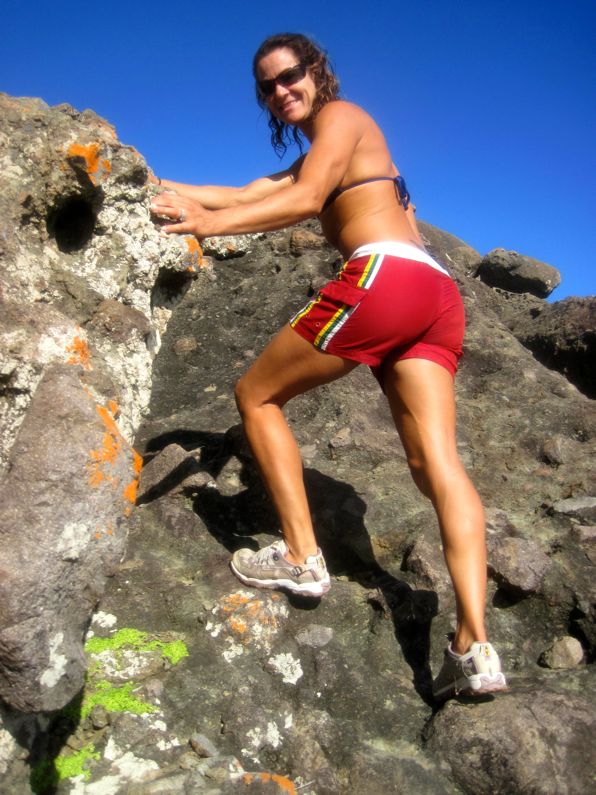 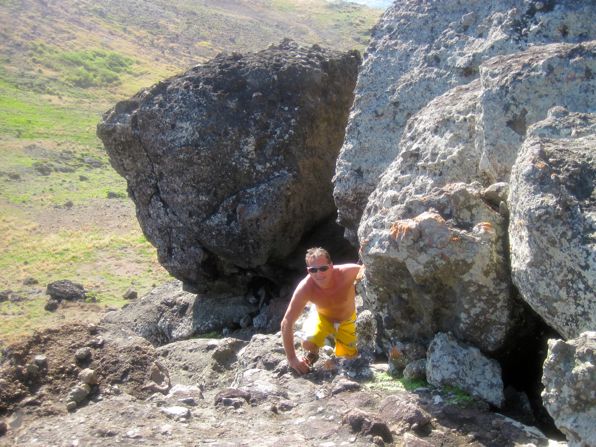 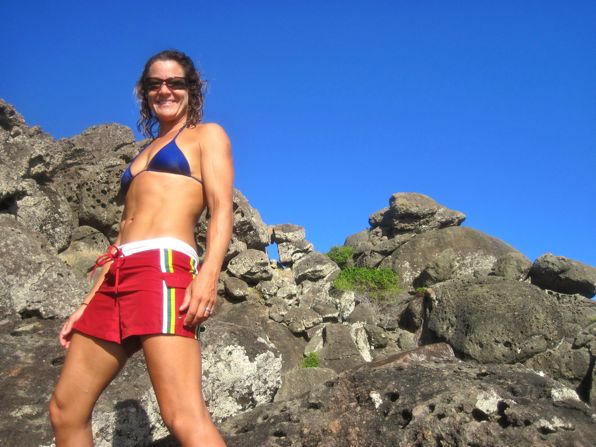 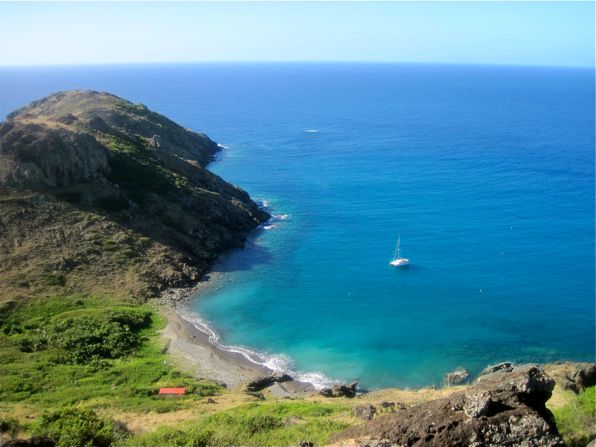 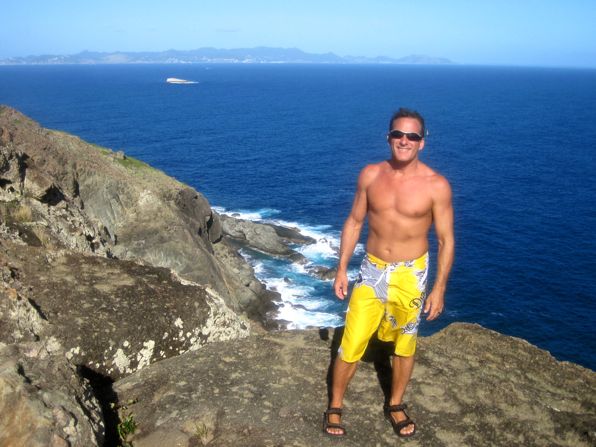 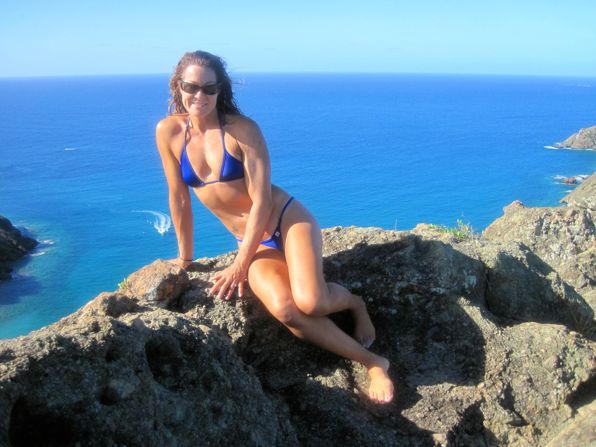 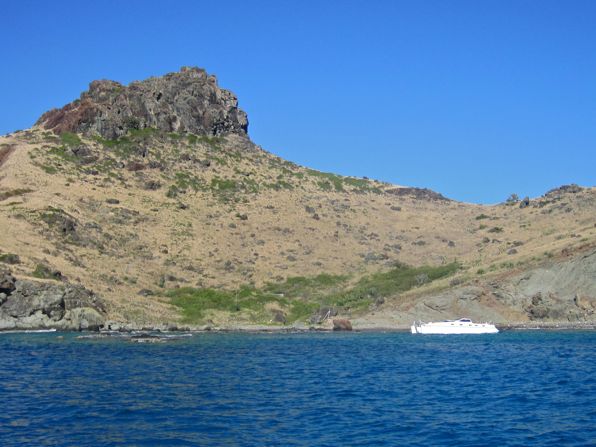 For those shopping for a cat, this one, washed up on the rocks at Fork Island, looks in not-bad condition, at least from a distance.

So close we can taste it!

I admit it, boating is no longer fun for us