In the previous post I mentioned that the Alligator River area has been known to have stumps and other obstructions near to, and even inside the channel. We can now confirm that this is true, although fortunately, we were able to avoid all of them. The sun in our eyes, and later fog, conspired to make that challenging though.

We had departed Elizabeth City on Friday morning around 9 am, headed towards the Abermarle Sound. Due to its shallow waters, this body of water is reported to develop a nasty chop if there is any significant winds out of the west. This is much the same as Lake Oneida which we had to cross during our Erie Canal transit. Even though the NW winds seldom went over 10 knots, the waves were significant. Not dangerous in any way, but not comfortable either. Regardless, we made it across the Sound and with the exception of almost running aground just before entering the Alligator River (I think we can agree that 0.1′ under the keel is “almost” running aground), the trip was largely uneventful.

When we did an ETA to one of the anchorages we had planned to go to, it was touch and go whether we could make it there before dark. For this reason, we decided to start up our other engine and increase our speed. Traveling at just over 7 knots, we then had no problem making it to Bear Point where we had hoped to spend the night. This whole river is known to have plenty of branches and stumps on the water’s bottom, sometimes leading to people having their anchors fouled.

For the newbies reading this, if an anchor is fouled, it can not be retrieved by normal means. This could be a very expensive problem if you were forced to cut it free. A potential solution is to affix a trip line to the back/top of the anchor, tied to a float which sits above the anchor in the water. If unable to pull the anchor up via the windlass, sometimes pulling on the trip line can help as it pulls the anchor up backwards, against its normal holding direction. This information was all theory to us until last night though when we decided it might be smart to try this ourselves. The float was easy enough to set and it was neat to be able to see from this where our anchor was really sitting as compared to our boat’s position. As often happens, preparing for the problem then resulted in us not having any issues. Had we not set that trip line, it was almost certain that we would have then had issues!

After a peaceful night’s sleep (this anchorage is in the middle of nowhere!), we awoke to a beautiful sunrise and pea-soup thick fog. I’m talking scary-movie quality fog! We took our time getting ready, allowing some time for the fog to burn off. When we saw a boat we recognized motoring by our location, we radioed them to ask if they were planning on mowing down any of the branches in the water for us. They told us that they would give us a radio report of the conditions further down the channel. Just prior to reaching the canal entrance ourselves, we were surprised to hear back from them that they were turning around and coming back because visibility was so poor. By this time, two other sailboats had filled in in front of us and we decided to press on, following them, albeit slowly. The fog in the narrow canal was gradually lifting but it did make the first 5 or so miles quite interesting. 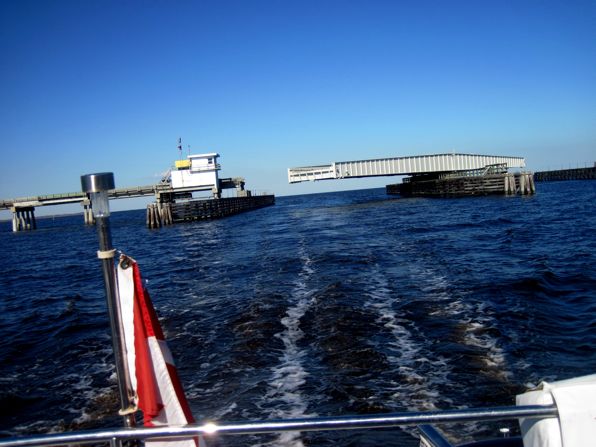 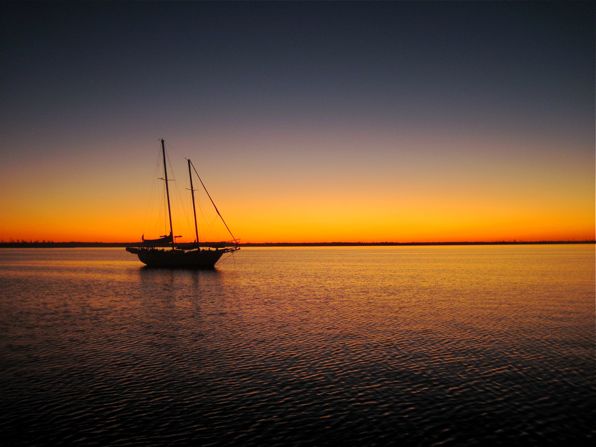 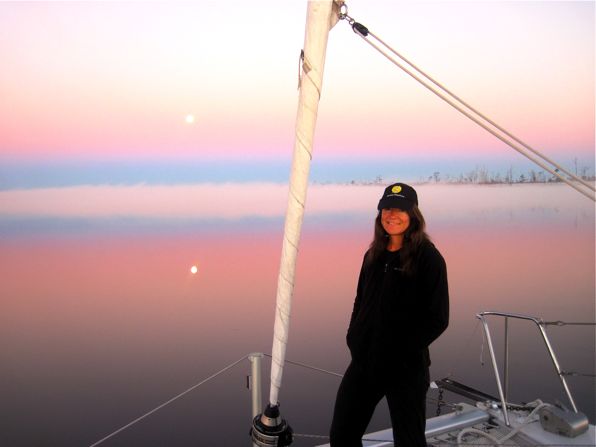 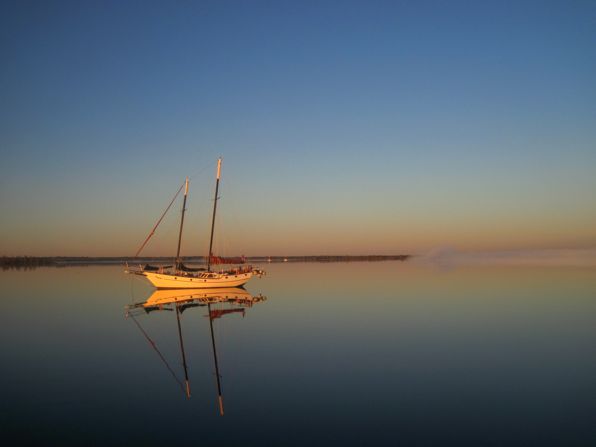 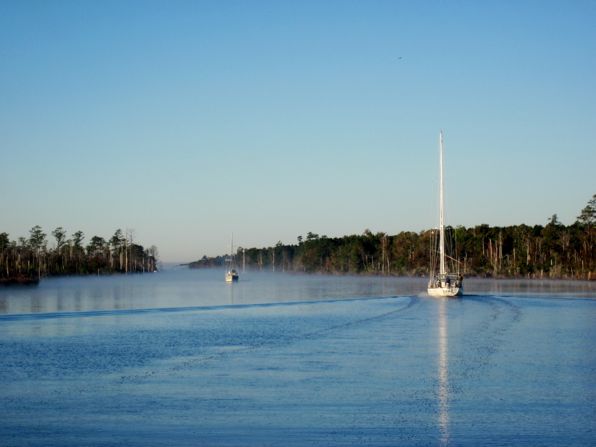 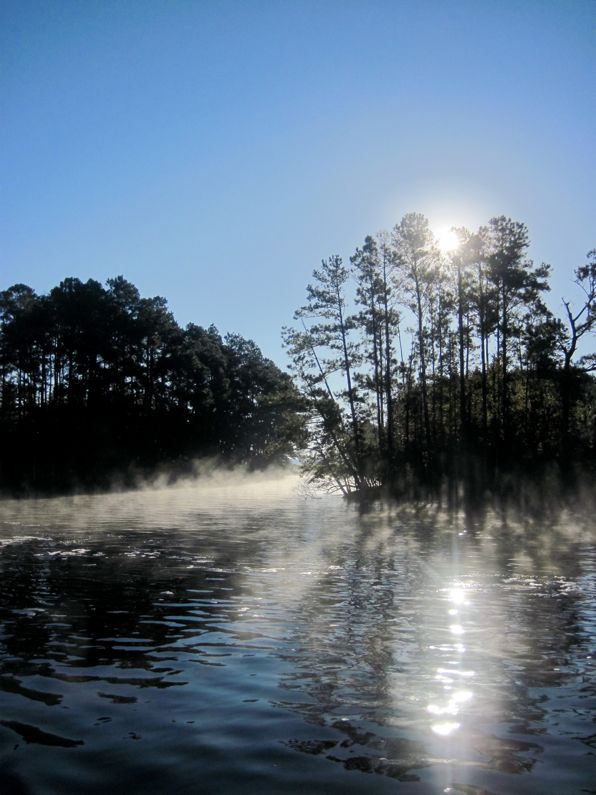 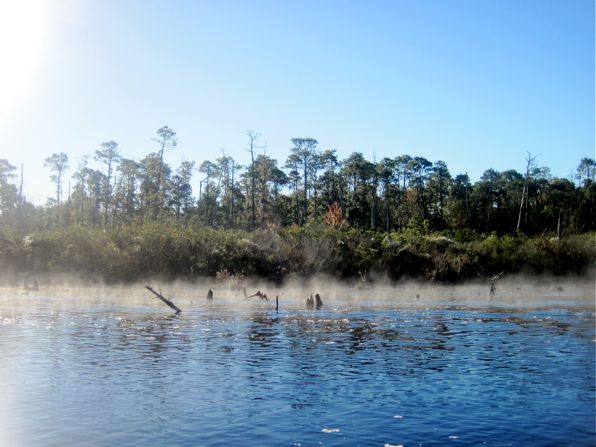 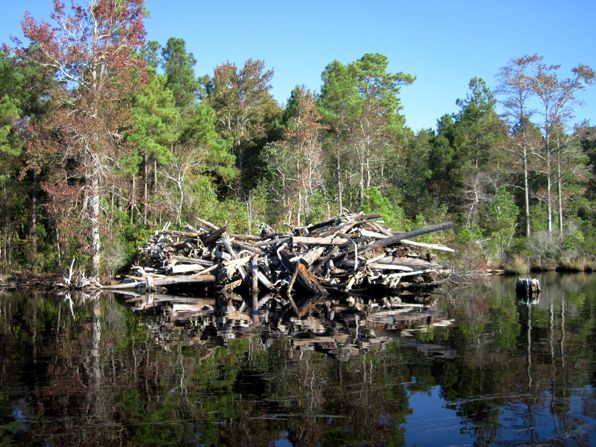 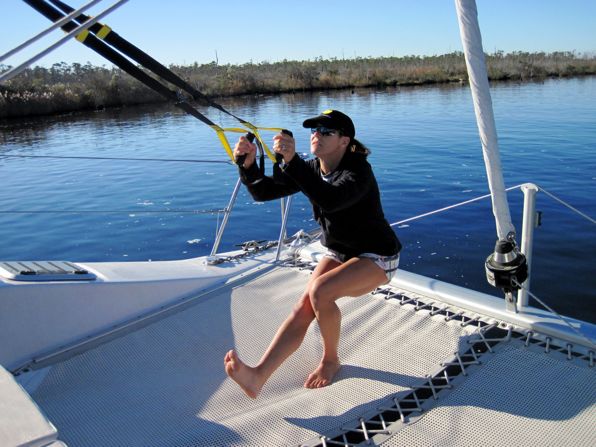 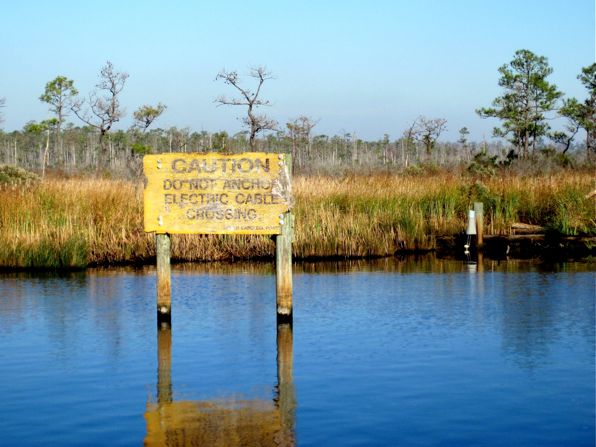 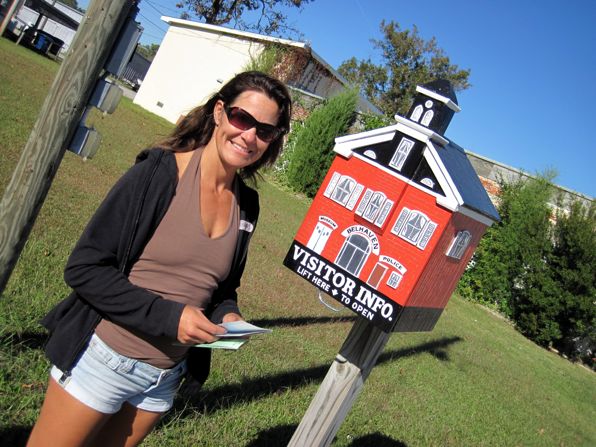 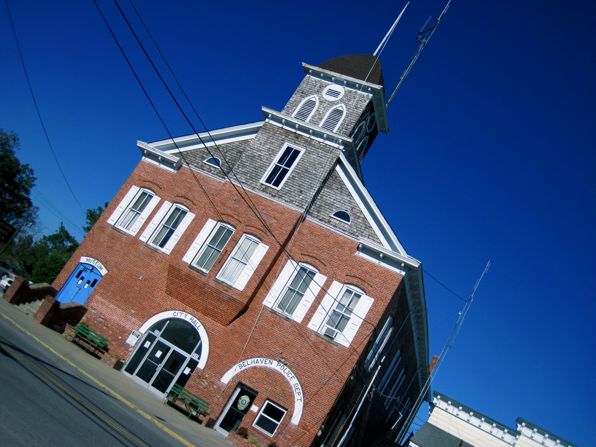 Safety comes at a price!

Selling stuff to cruisers is not easy!