Plans have been made. Rebecca will be staying in Grenada on board ZTC while on October 30th, I will be flying to Trinidad with Scott from Windtraveller to participate in the STCW 95 course. Sadly this means that Rebecca and I will not be spending one of our favorite holidays together: Halloween. 🙁

Whereas I want to complete this course because I think that it will be of benefit to me down the road, Scott needs to do it because he has a job starting in a month that requires it. Rebecca and I debated about sailing ZTC to Trinidad but given that I will be in class all day for 5 days straight, it wouldn’t be much fun for Rebecca to hang around on the boat by herself.

There was one hurdle that needed to be overcome prior to booking myself into this course: I needed to get a medical done. As I had written earlier, there is no doctor in Grenada who can administer a ENG1 medical. I did however find that there is an alternative, what is called a ML5, and I found a Dr. who could officially (I think) give this exam. Coincidentally, one of our hashing buddies, the same one who took the cool pics that I posted yesterday, is a patient of his. Not only did he call the Dr. to make the introduction for me, he also picked us up at 7:30 in the morning to drive us to the medical office! The exam was pretty thorough and included both vision and color-blindness tests. I was also happy to hear that he found that my blood pressure tested normal. Just as I reported before… cruising is good for your health.

Here are some pics from last night’s dinghy concert which was held in nearby Clarke’s Court Bay. 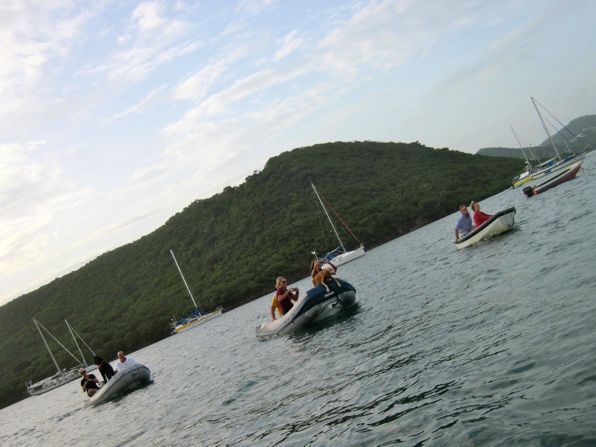 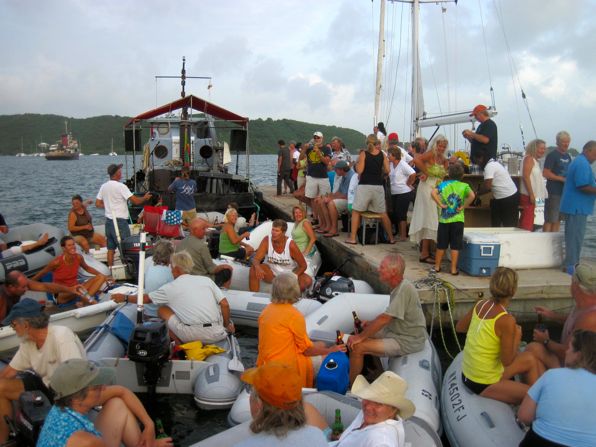 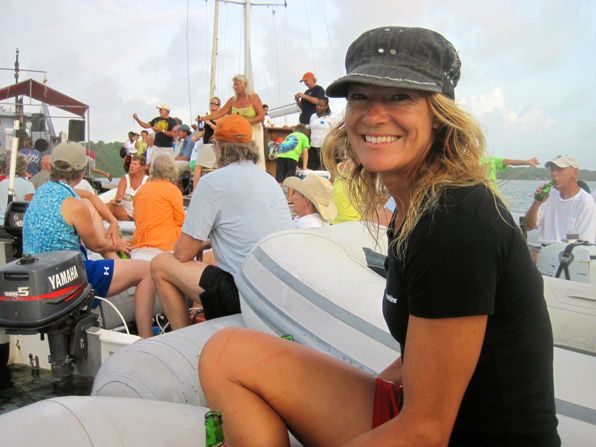 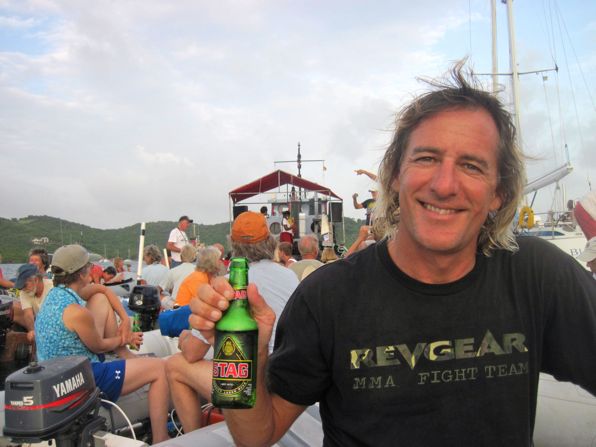 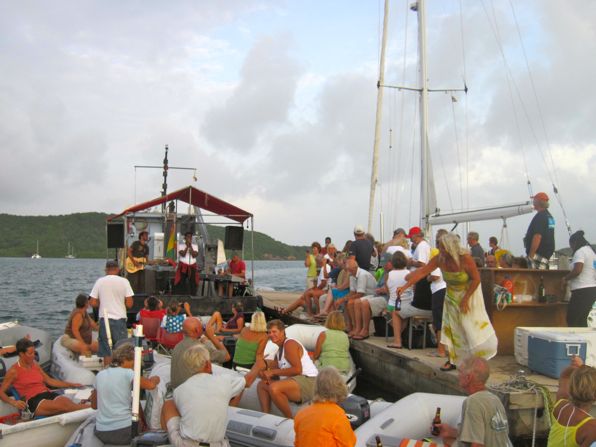 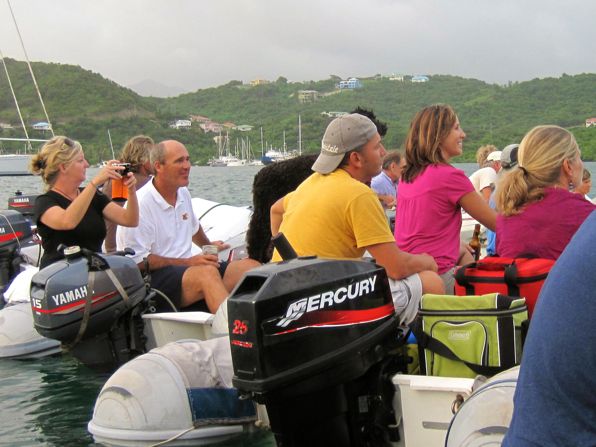 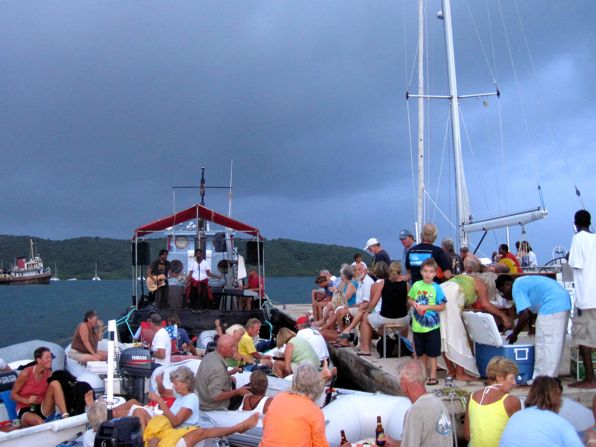 The heavens opened up with a torrential downpour right after this pic was taken, killing the concert. It was fun while it lasted though.

What time is it?

It’s the journey, not the destination!