I wonder why some people have SAIL boats when they would rather motor. We’re not trying to be judgmental as we’re far from purists who can set anchor while under sail (yet), and we do know that there are times when motoring is the right thing to do (perhaps you need to get somewhere quickly). But to take yesterday for example… we sailed about 8 hours from one anchorage to another with winds 5-15 knots. Yes, for a few hours in the late afternoon they were right on the nose so we had to do a series of tacks through the relatively narrow channel. But throughout the day we saw a couple dozen sailboats and maybe only one or two were actually sailing. The rest either had no sails up or were motor sailing. If we were in a hurry we might have turned on an engine, or if the wind dropped to 3 knots or so we would have done the same. The truth is though that yesterday was as good a sailing day as you can get and these guys all missed out on it. Sad.

On a very related topic, here is a text message that I received from our friends on Pirate Jenny:

“What do you do with a sailboat when you don’t want to sail any more? I now know the answer. I just saw a convoy of three sailboats go by. It could be that sailboats are selling so cheap so why spend all that money on a party boat. Party boats don’t come with big 50′ flag poles. The first boat had no mast but did have a sun shelter built over 50% of it. The second boat had the mast but no boom and the sun shelter. The third boat had the mast, no boom and a very large Canadian flag at the top of the mast (flag pole). Also had the sun shelter. And I thought I had seen it all!!!” 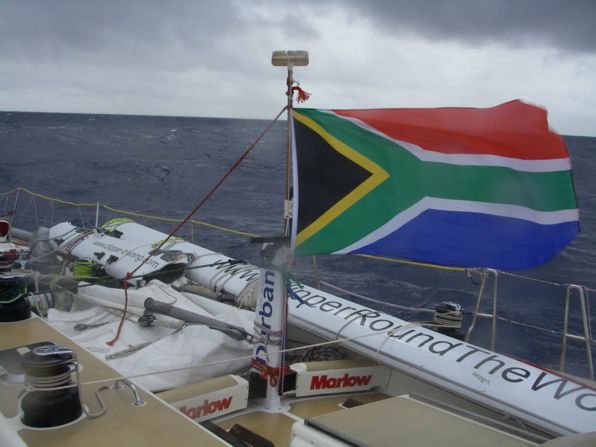