Two days ago, when I wrote about cleaning the water tank, I mentioned installing a water filter into Frost’s fresh water system. That comment prompted our friend Wade to respond with his views on the subject, and his endorsement of the very popular Seagull

filter. As not everyone goes back to read the comments on older posts, I thought that I’d share some of the follow-up dialogue here. 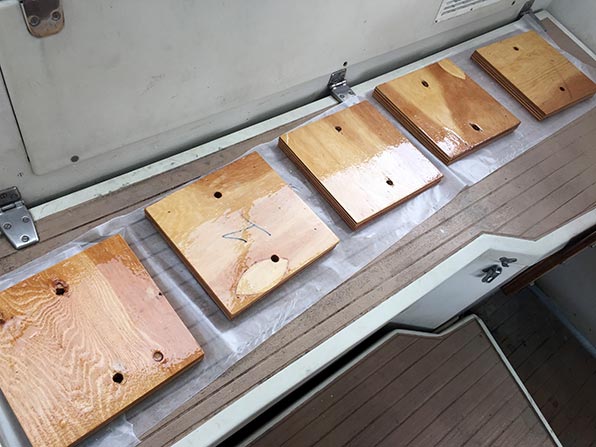 Replacements for the original boards used to hold the water tank cover plates in place. Each one is made of two pieces of 12mm marine plywood, rotated 90 degrees from one another so that the grain is in opposition. Even though they should never get wet, I coated them with epoxy to seal them.

While we have several friends who have installed Seagull filters on their boats, and I’ve heard no complaints, I commented to Wade that they were very pricey. Some would say “insanely overpriced” (actual comment on Amazon). In 2009, Boat Bits posted an article on marine vs. real-world pricing, and it singled out this filter as an example. I took note of the filter that Boat Bits recommended as an alternative to the Seagull

, and actually ordered one for the Leopard when we were outfitting it for charter. Unfortunately, at least partially due to my suckiness at plumbing, I was unable to properly install it into the fresh-water system. The boat was plumbed with PEX piping, and I couldn’t get a proper seal on the small Sawyer filter. That said, who says I’d have been any better at getting the 10X more expensive Seagull to work? 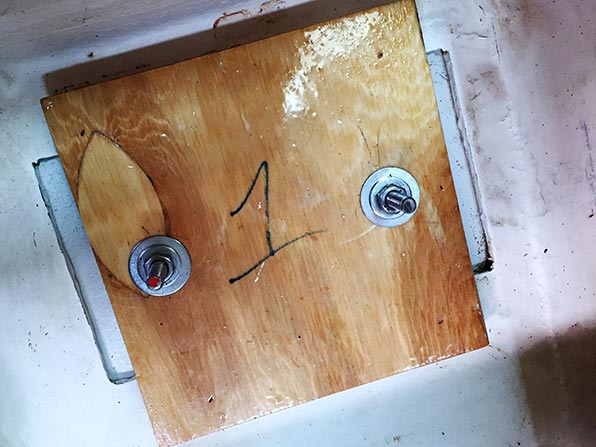 This image shows how the new boards hold the water tank’s fiberglass gasketed cover plates in place, pulling them up onto the top of the tank from the inside.

Thank you Wade for your comments which prompted me to write this post!

It’s hard being an amateur

Some repair jobs work out better than others