Feeling at home in Fernie

It’s been a little less than two weeks since we landed in Fernie and we’re starting to feel at home here. In truth, it hasn’t been all that difficult. We just needed to replace our flip flops with snow boots and acquire some warm clothing (plaid, of course) so that we looked the part.

The time that we invested in creating resumes, writing cover letters, and applying for jobs has paid off, at least for Rebecca. In the short time that we’ve been here, she has managed to secure not one but two jobs! One of which even has a plaid shirt as a uniform. Cool, right? I, on the other hand, have yet to gain employment but I do have an interview on Tuesday at the company that I’d like to work for. Hopefully, that works out.

The relaxed outdoor vibe of Fernie suits us well. It’s a town where riding a fat bike down the street in a snowstorm isn’t looked at as being unusual. The day before yesterday we attended a film festival which featured skiing, biking, and other adventurous activities as the subject matter. Last night we attended a birthday party where all the conversations revolved around the local biking and running trails, and who was training for what race. Like I said, it’s been pretty easy for us to fit in.

As evidence that we’re starting to feel at home, the images in this post were taken yesterday when we were out riding in the snow, exploring some new-to-us trails. It was a fantastic day! 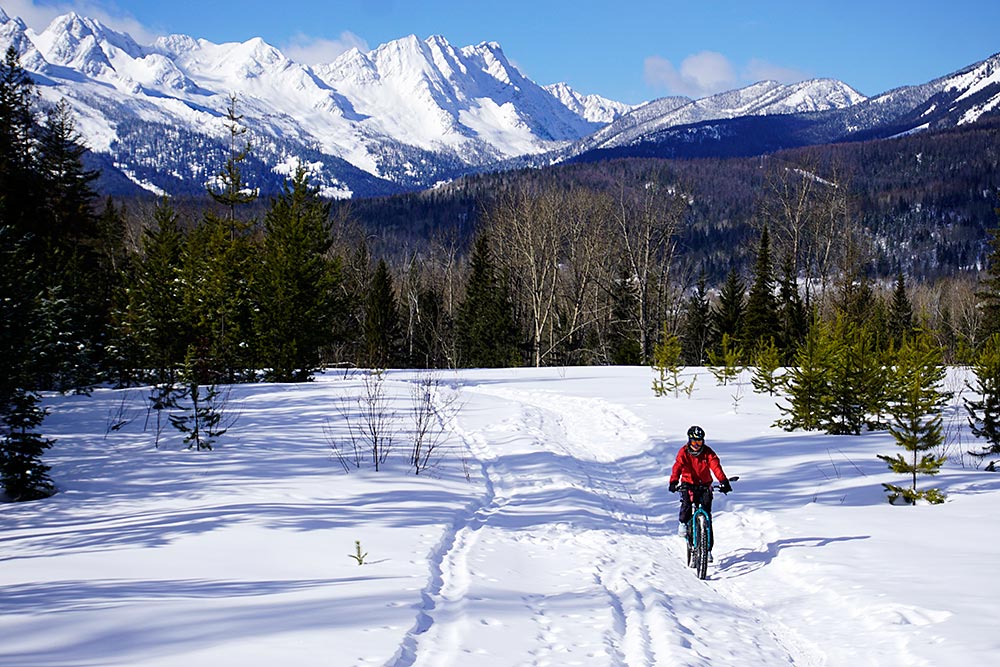 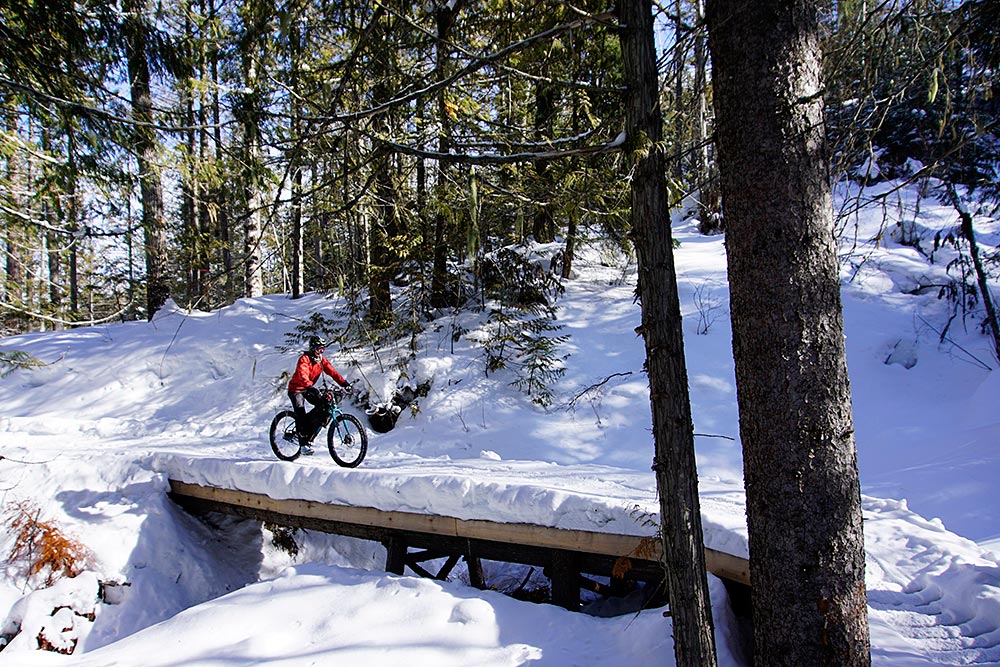 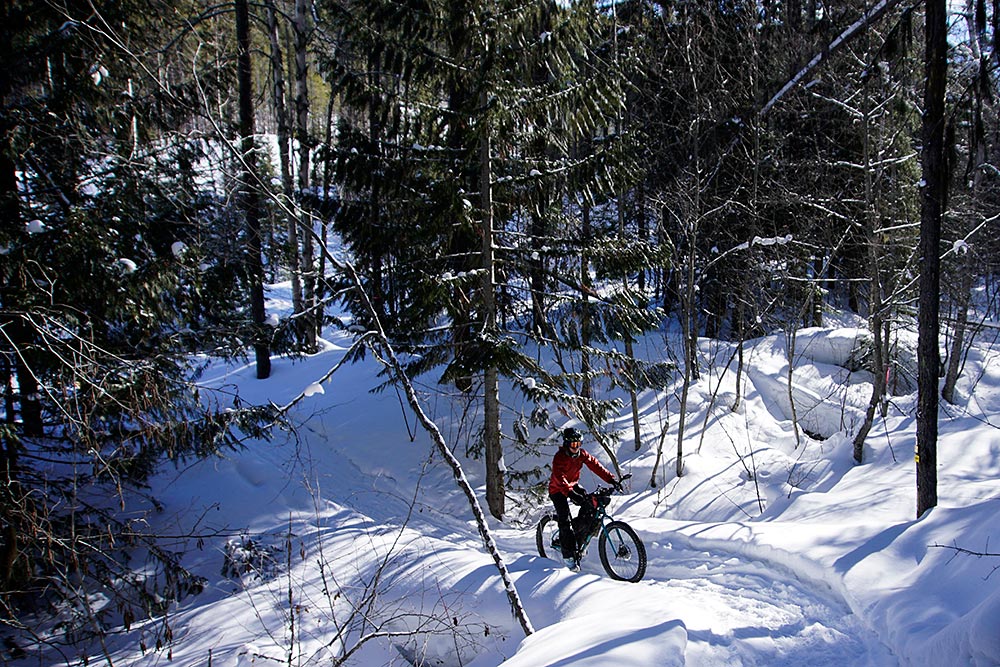 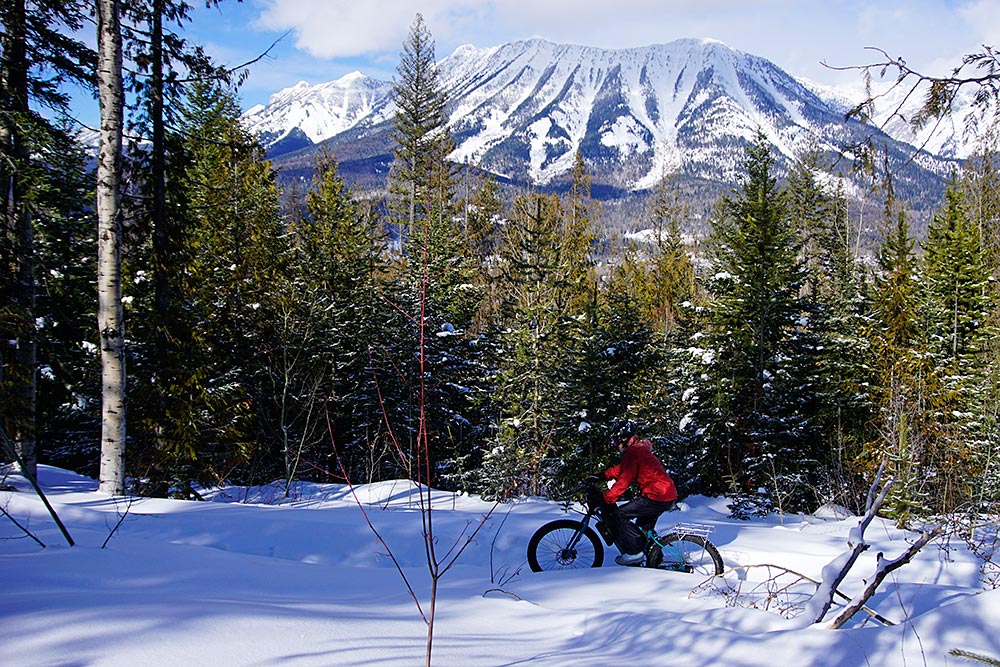 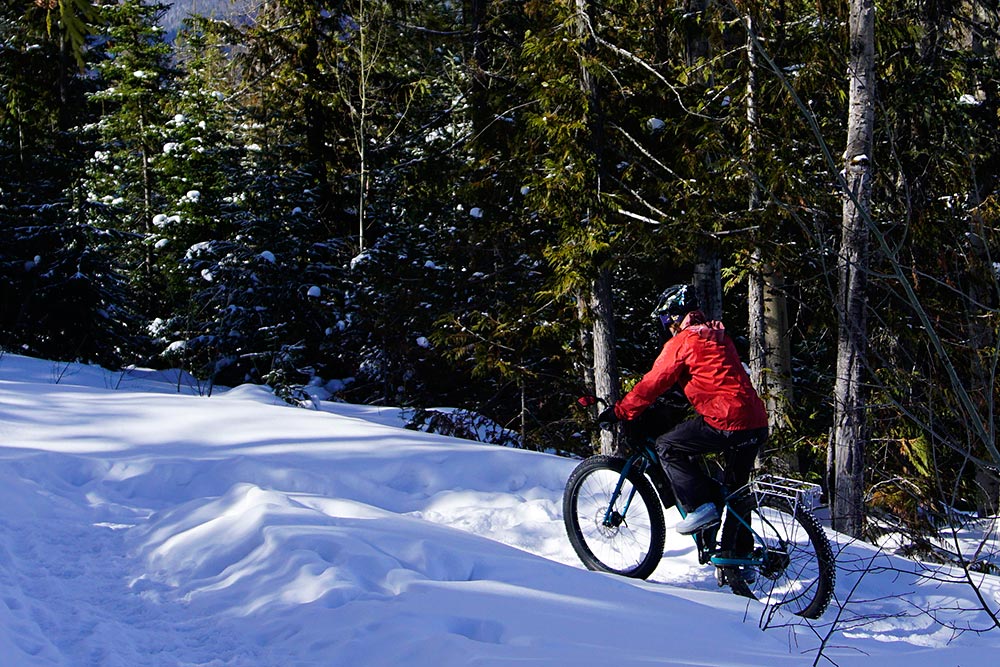 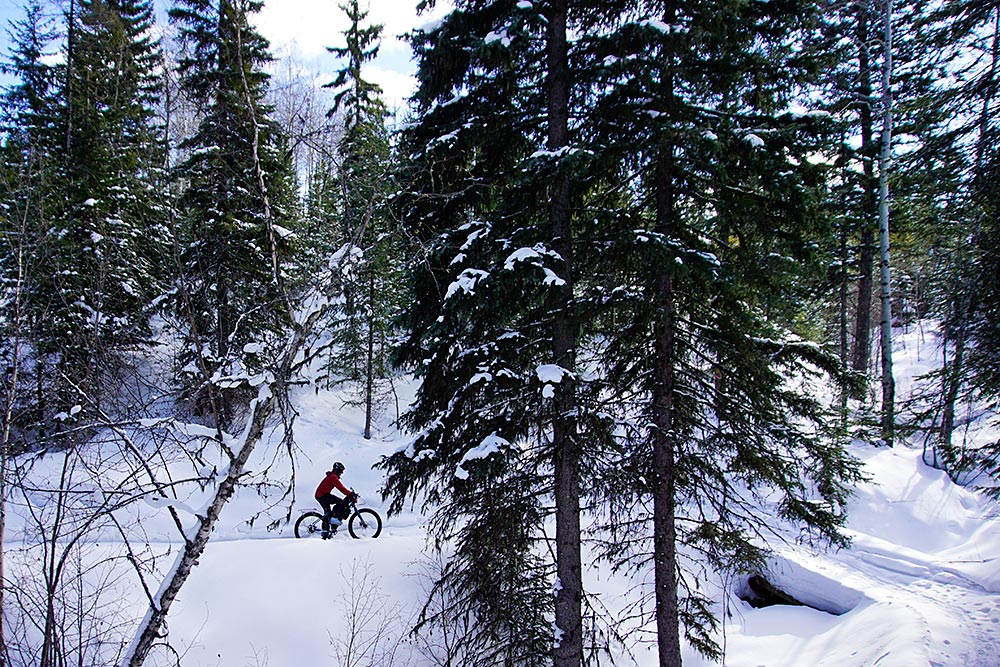 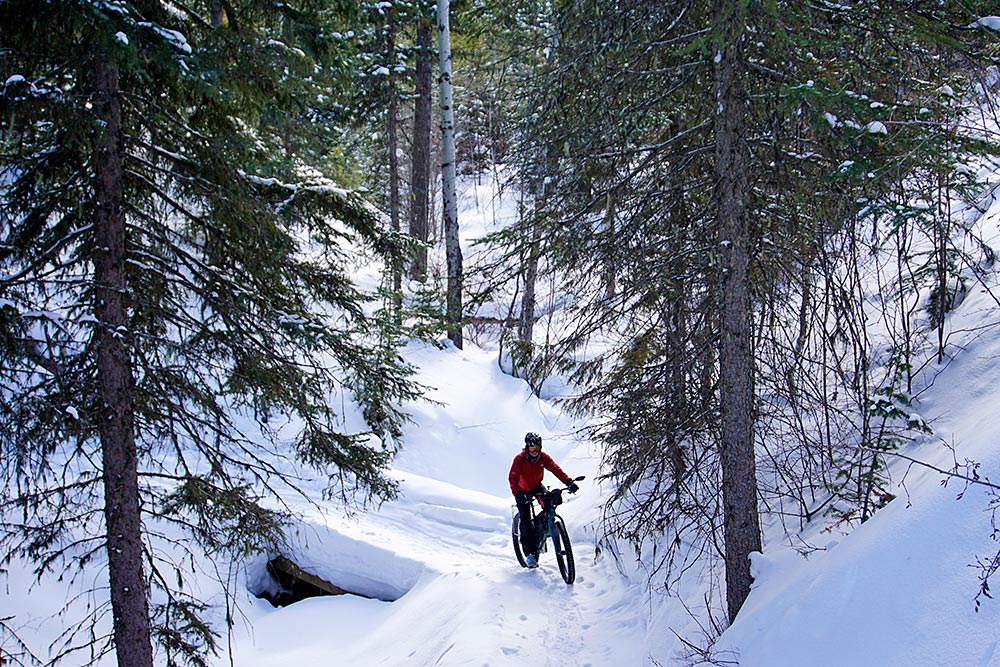 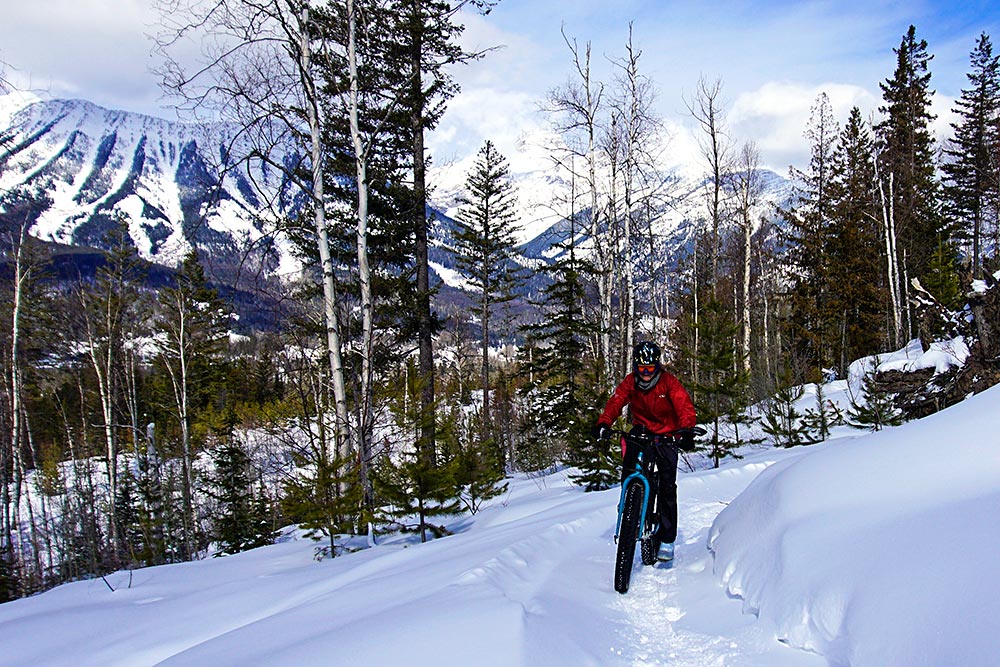 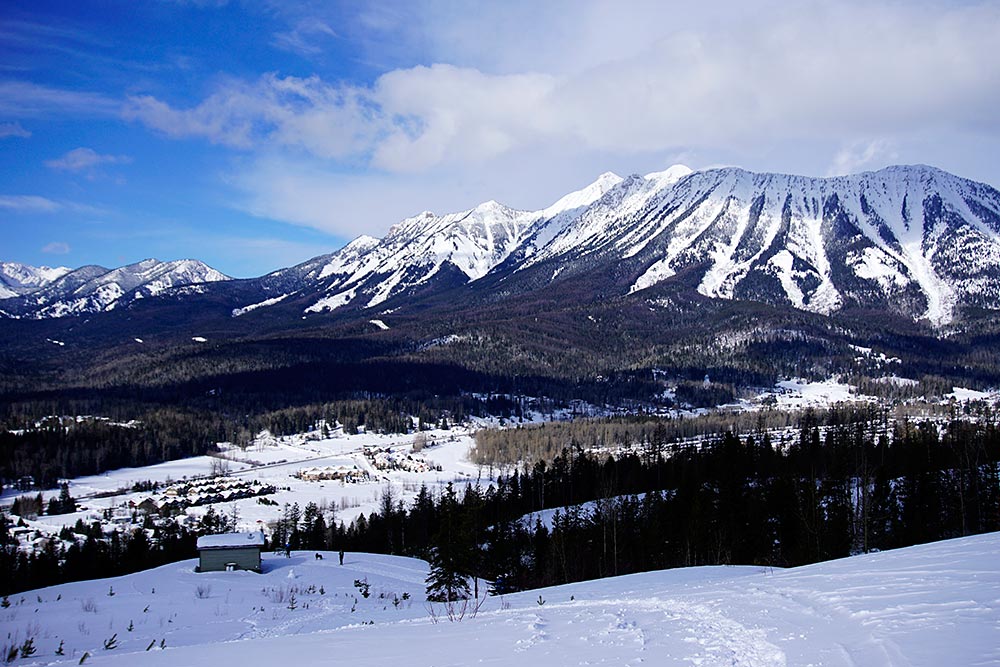 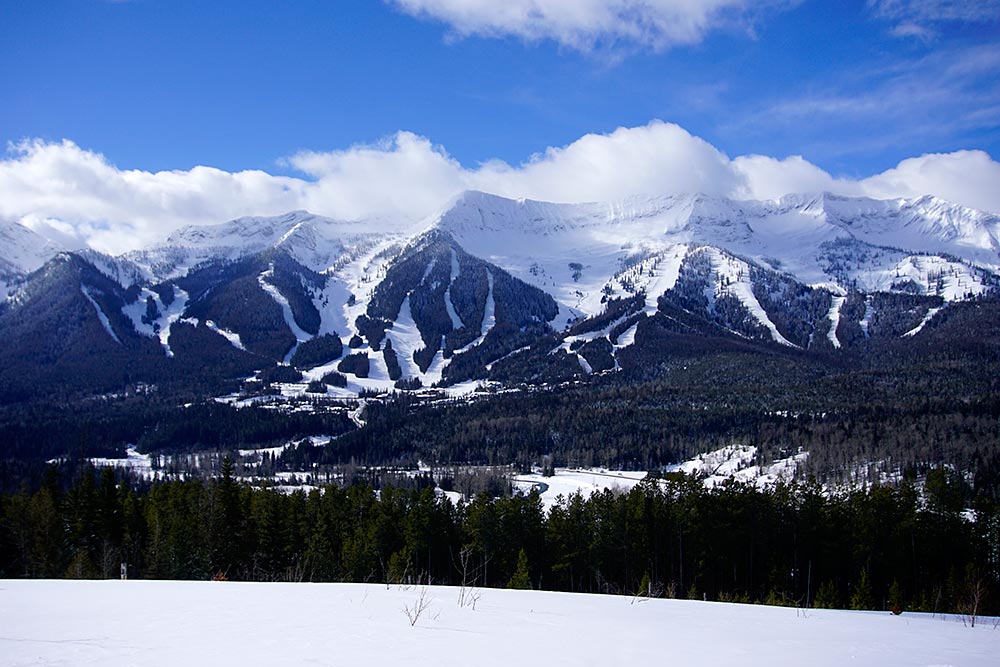 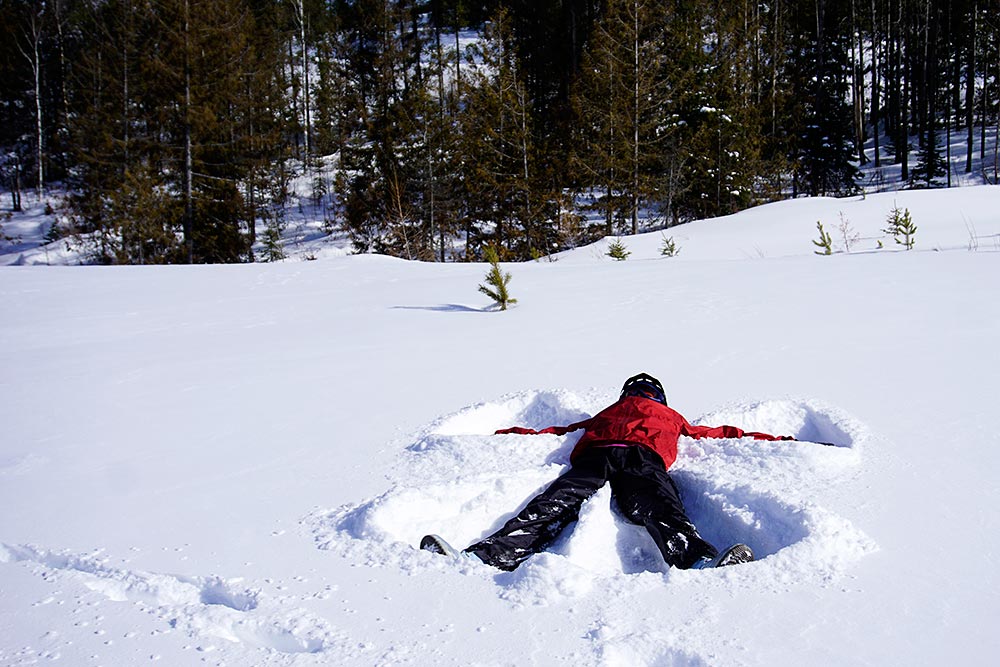 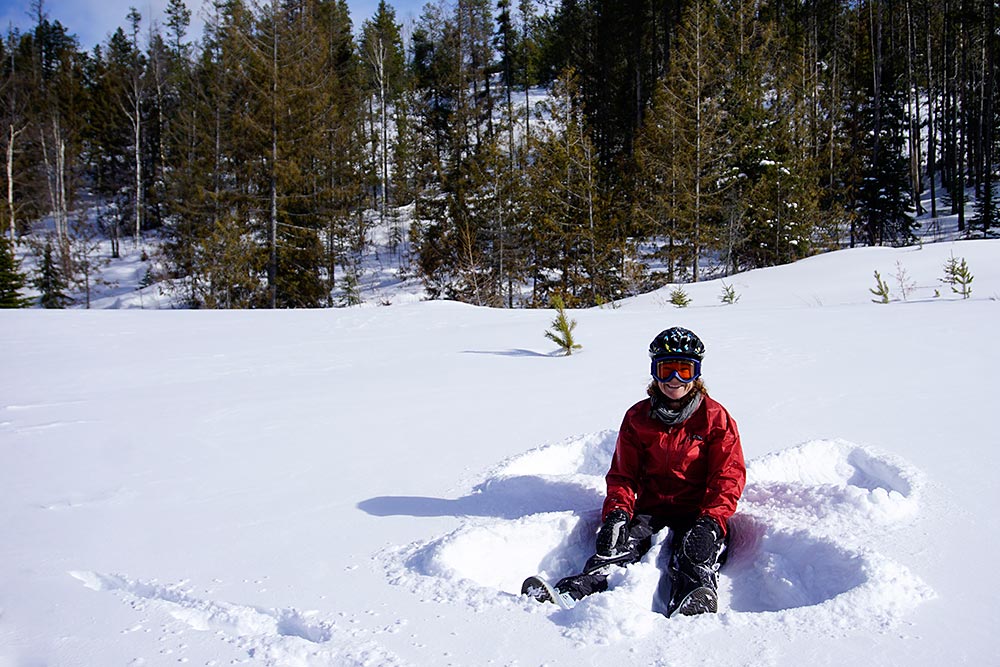