Every cruiser’s nightmare: A total loss

Your first boat, often more so than your first boyfriend or girlfriend, is something that is typically looked back upon with affection. So it was with our PDQ 32, the chariot that whisked us away from our Canadian home and started us on the adventure that we’re now living. Many longtime readers seem to also look back upon that boat with warm thoughts, with some continuing to follow its whereabouts, paying attention as it passed from our hands into those of our friends, Steve and Darla Clark.

If you’re one of those readers, you’re probably also aware of the difficulties that befell our friends. If not, they were forced to put their Caribbean cruising plans on hold, leaving the boat in Grenada to return to the States to begin a difficult battle with cancer. That fight is still ongoing but things were looking up when they commissioned a couple of our other friends, Stevo and Chrissy, to (slowly) deliver their boat back to the States so that it would be closer to them. 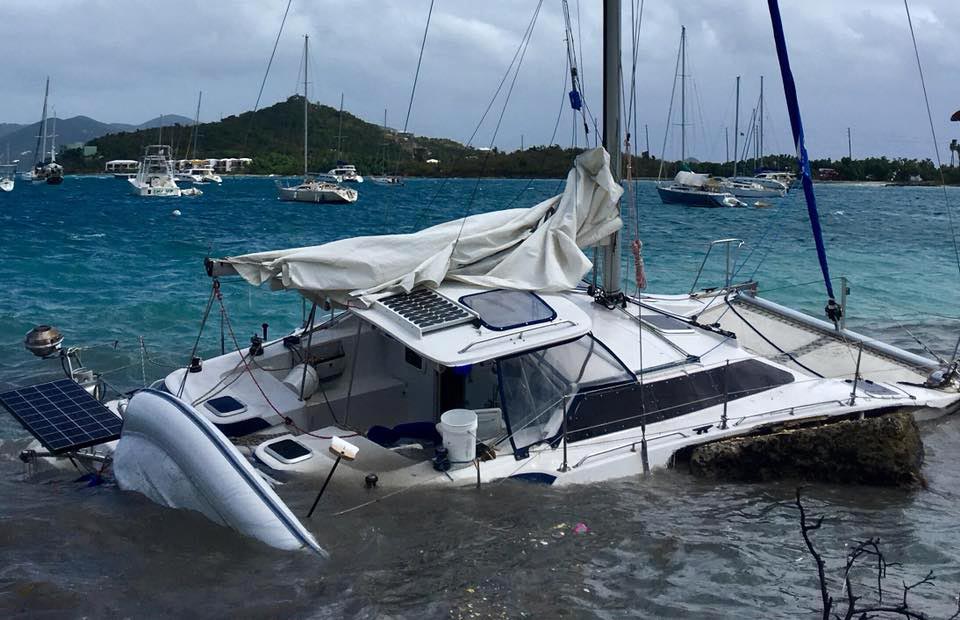 It is with great sadness that I report that the vessel will never reach there. On January 28th, while anchored in Red Hook in the USVI, strong winds forced the boat onto the rocks where she was holed and later sunk. The boat has since then been declared a total loss.

“Last night around 11:00 pm, while anchored in Red Hook, St Thomas, Forever’s anchor broke loose. Stevo and Chrissy are safe and well, they were assisted by other cruisers close by. We have been in contact with them since early morning, they are dealing with the situation on the scene, while we are doing what we can from here. While this is an emotional issue for them as well as us, our main concern is their well being.”

“Yesterday was an emotionally and mentally long day for everyone. Forever is a total loss, as is most everything in her.”

“The Coast Guard called me yesterday morning around 6 telling me that our Epirb, the emergency GPS tracking device, had just been activated. This was before we had seen any pictures. I told them what had happened and that everyone was ok. I knew then that the situation was really serious because the Epirb can only be set off automatically when it gets wet or manually. Where it was mounted was a long way from the water line.

Unfortunately, she couldn’t have landed in a worse spot. The salvage company tried to move her, but she’s wedged herself in/on what may be an old sunken concrete dock. There’s a sandy beach about 20’ down the way that would have immensely simplified things.

She is insured. If you’ve ever dealt with a company over an accident with your car or home. Multiply that frustration x 50% because you’re now dealing with a boat (pretty close to how the agent explained it to me).

Fortunately, as of last night, there was no fuel leakage. An environmental or pollution matter will only compound the issue. St Thomas is still struggling with all the destruction from this past hurricane season. All of their boat yards and many other locations are overflowing with mangled boats and debris. They don’t need us adding to their frustration.

Today, Stevo will be working with the salvage company to cut her up into pieces and pull her out. Not an easy task where she lays. If they can move her to that sandy stretch of beach, they can easily break her up on shore with a large backhoe.

Stevo and Chrissy got out with just the clothes they had on, their cell phones and passports. They have a friend that they were going to spend last night with and try to make a trip to K Mart for necessities. Hopefully, they got much-needed sleep and today will be much better for them.

Darla and I went to bed last night and thought about every cabinet, drawer, storage locker and every single thing that was in them. It’s all lost. It can all be replaced, but it’s almost surreal that we sold everything that we owned and only kept what we needed for life as liveaboards. We’ve found out that we really don’t need much at all to survive.

Months ago I said that you can only eat an elephant one bite at a time. This is a different elephant, but it still holds true. We are all dealing with this one day at a time.”

While the destruction of the boat is a sad story in and of itself, the real tragedy is with the people that are involved. Although I haven’t spoken to them since this occurred, I can only imagine the grief and responsibility that our friends who were crewing on the boat at the time of the accident must feel. And as for Steve and Darla, it breaks my heart to have this drama thrust upon them. Their plates were already overflowing with challenges and then this was dropped in their laps.

“It would seem that my repeated statements the past couple years that material things aren’t what’s most important, don’t really matter, etc etc etc, is partially BS. Darla and I have both come to the realization that our little cat does matter. She is important. Through all the sh*t we have dealt with this past year, she was the pot of gold that we knew was at the end of the rainbow. Unlike our dreams, plans and goals, she was a material object that we could hold in our hands. She was our anchor.”

More photos and details can be found on Forever’s Facebook Page. 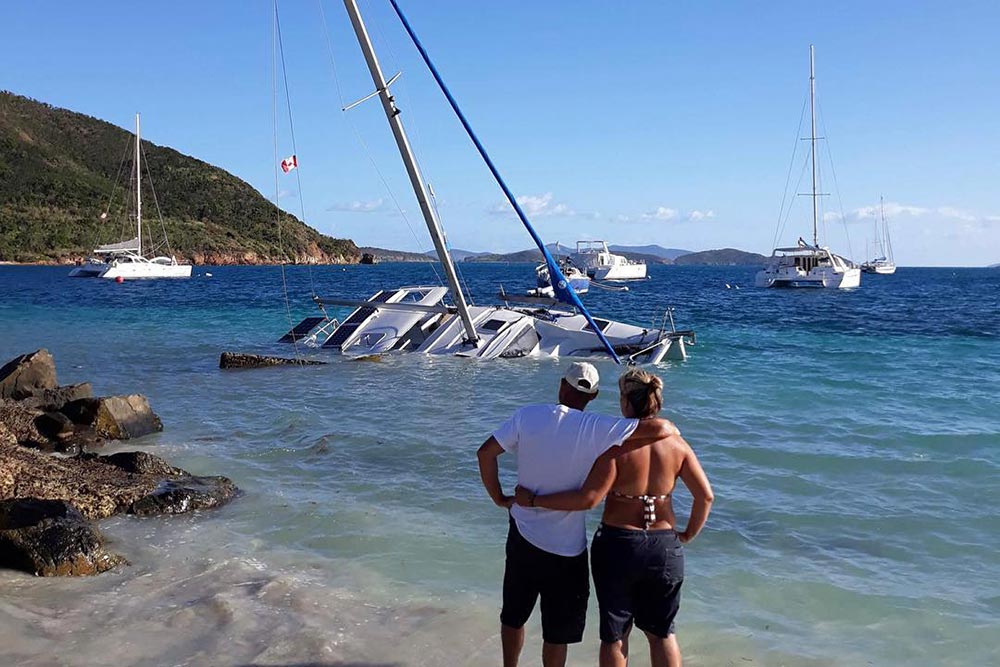 Note: Many on social media were quick to send me emails and private messages about this tragic situation. It’s worth mentioning that Steve and I are, and have since the time that we first became friends, in frequent contact. Rebecca and I were some of the first people to be made aware of this situation, long before it was posted online. Rest assured that if there is anything worth knowing about this, we have probably already been informed. Thank you.