Even hiking in the US (territories) is different

Yesterday morning Rebecca and I cast off from our marine park mooring ball in Saltpond Bay and motored a couple of miles west to pick up another ball in Little Lameshur Bay. There was a SE swell working its way into the cove making the waters much too uncomfortable for us to remain there overnight. Sleeping there was not our intent though; we were there only to do some hiking.

The island of St. John is known for its hiking trails and in fact, we did quite a nice trek from Saltpond Bay out to the SE tip of the island known as Ram Head the day previous. The little map that we have showed that there is a different trail that sets out from Little Lameshur Bay and hiking that trail was yesterday’s objective. 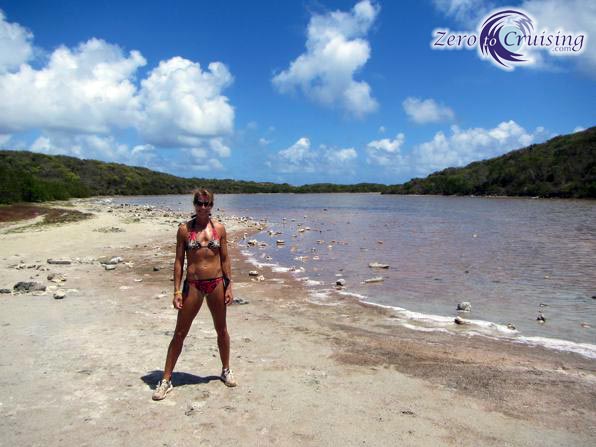 The Salt Pond for which Saltpond Bay is named. 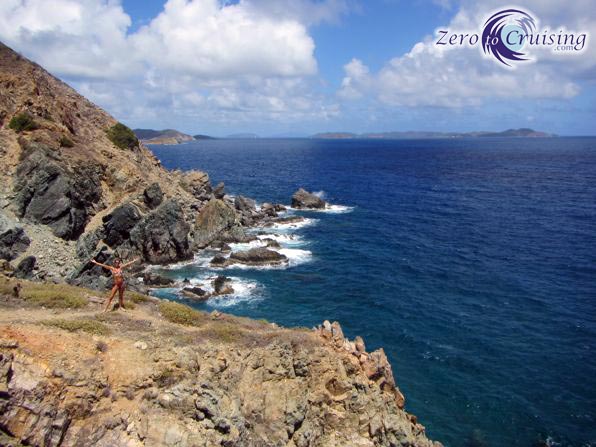 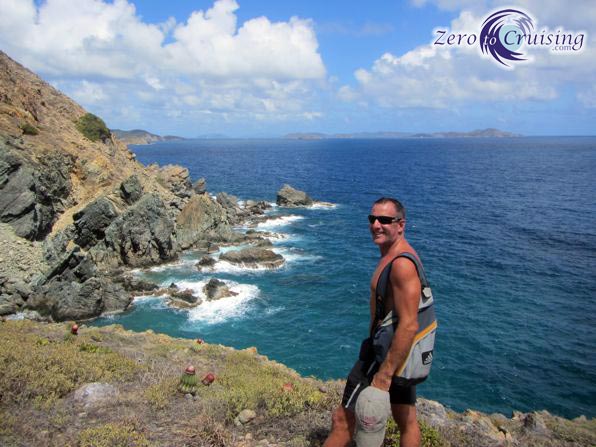 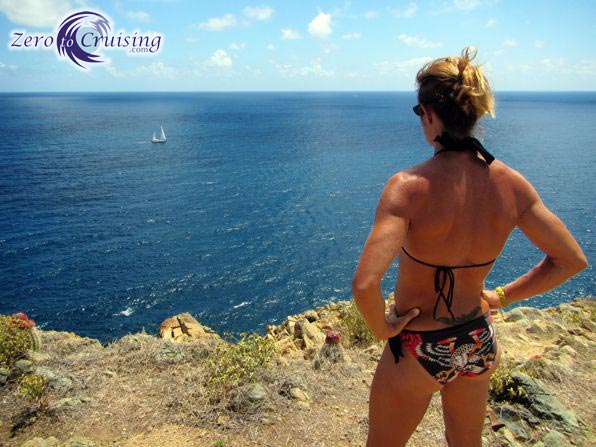 While it is extremely common for us to not see a single soul during most of our hikes, we passed at least 20 other trekkers yesterday. The well-developed trails obviously attract the people, most of whom appeared to have arrived at the trailhead by car. At the very beginning of the hike we found some ruins to an old distillery and saw evidence that proved to us that we had to be in the US. What evidence was that? A sign which read “Area Closed – Dangerous Structure.” Whether that sign was intended to perserve the crumbling architecture or to prevent injuries, I don’t know. I do know that we never see signs like that down island, even in places where they would be well served to have them.

The throngs of hikers and safety warnings were not the only thing unique to the trails of St. John. Some of the wildlife was as well. As we dinghied ashore in Saltpond Bay to pay for our mooring ball* we were surprised to see a deer. In fact, we seemed much more surprised to see him than he was to see us. This situation would come to be repeated numerous times during our hike yesterday and as we walked, we recalled that the last time we saw a deer was actually on the island of St. John during our first trip south.

Deer, mongoose, bats, crabs, and lizards… they all kept us company during our almost 10k hike. It was a nice trek but when we returned to our boat, we had little time to relax. Knowing that we had to find a place to stay before the sun set, we immediately cast off and motored out into the not-so-calm water.

Fortunately, finding a place to spend the night would not prove to be all that difficult. After a bit of bashing into the wind and then an all-to-short sail downwind, we settled into a nice calm anchorage at Round Bay. What’s next? I think we’ll hang out in this area until Monday when we’ll likely make our way back to the BVIs. I’m sure we’ll be able to find some fun things to occupy ourselves while we’re here. 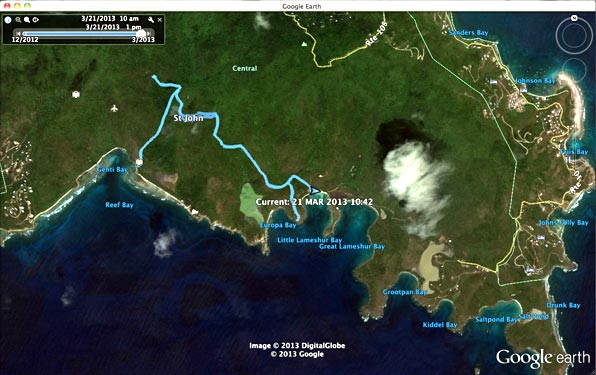 Yesterday’s hike is shown by a light blue line. 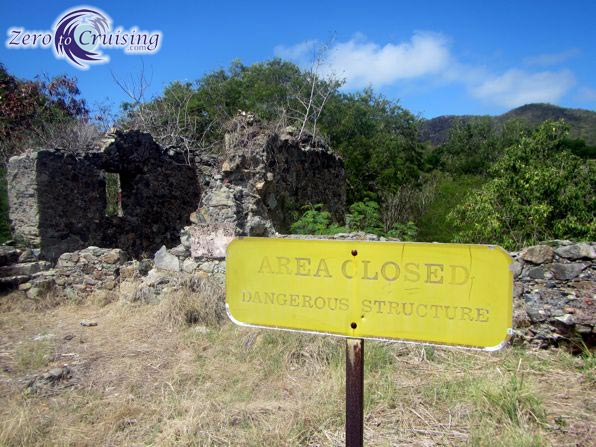 We’re not in Kansas anymore, or are we? 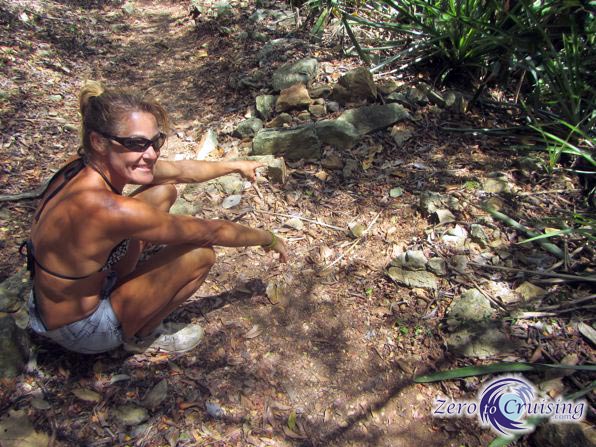 Another sign of a well-developed trail… rocks such as these were placed on the steep portions of the paths in multiple spots, I assume to funnel rainwater over the edge, limiting erosion. 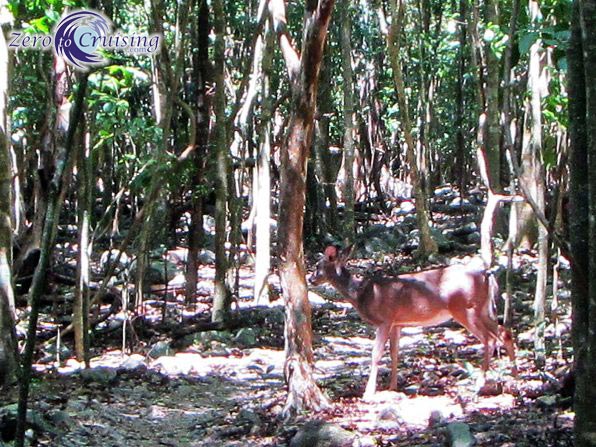 The relatively brave deer were everywhere in the lower elevations. 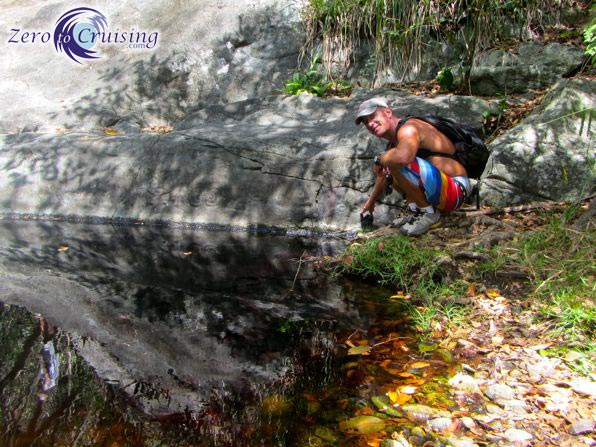 The petroglyphs are hard to see in the pic but they are there. 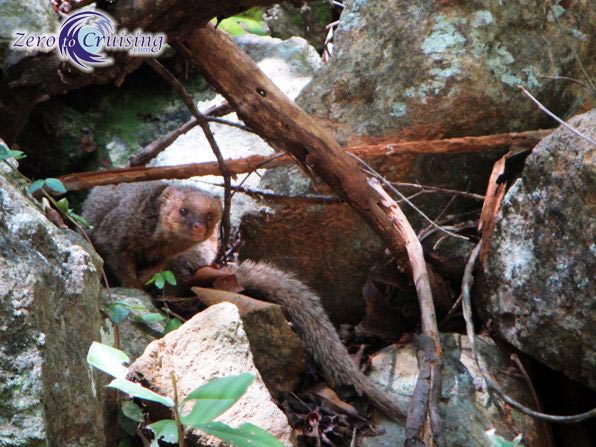 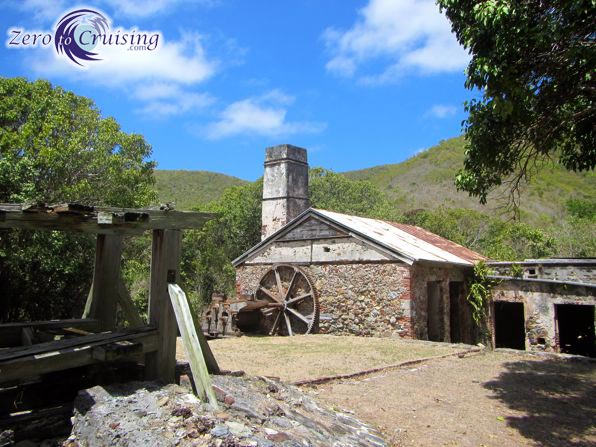 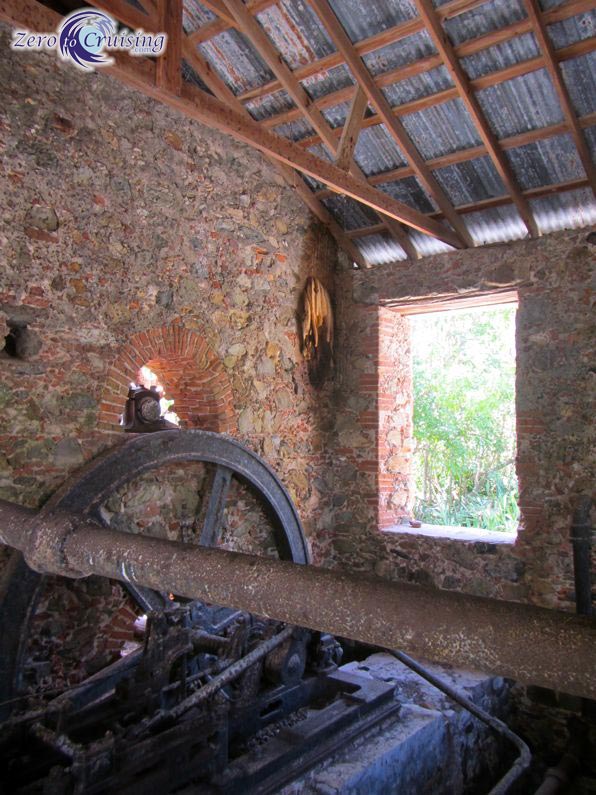 The bees in the corner shared the area with the bats on the ceilings. 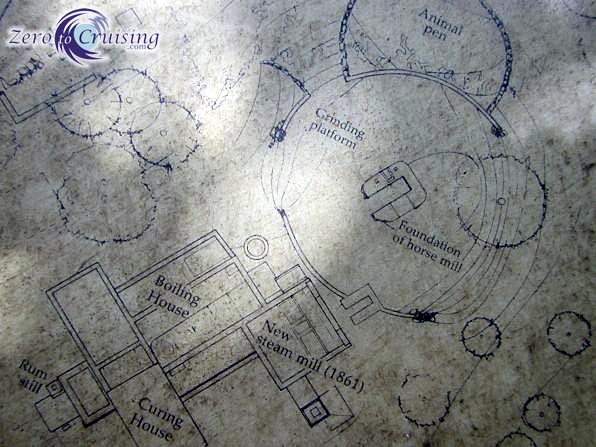 A schematic diagram of the area. 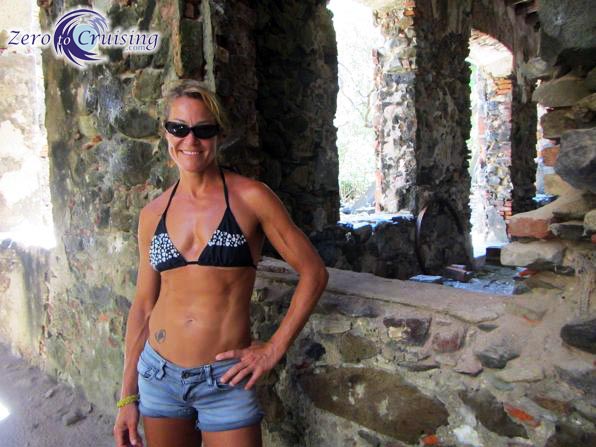 It was a beautiful area to explore and photograph.

Our “back yard.” We’re anchored in nice sand to keep us secure.

*For each night you use a ball in the marine park you put $15.00 US into an envelop and then deposit it into a self-serve pay station.

What can we bring you?