Mexico is a huge and extremely diverse country. Given that we’ve spent just shy of 3 months in Baja alone, I expect it’ll take every bit of our 6-month tourist visa to make our way through it. With the country’s immense size, we’ve had a tough time deciding what route to take when we make it to the mainland. The options seem unlimited. Ultimately, after speaking to some friends of ours, and reading travelogues from other cyclists, we’ve decided to make our first foray into the heart of Mexico along the famous Espinazo del Diablo, the Devil’s Backbone. Doesn’t that sound cool?

The Espinazo del Diablo runs from the coastal city of Mazatlan, where the ferry will deposit us, to Durango, high up in the mountains. In 2013, the twisty old road that connected those two cities was circumvented by a brand new modern highway. A highway where large bridges and tunnels replaced hairpin turns. This new road has apparently taken much of the traffic from the original route, making it much more suitable for us cyclists. The road is paved, which, although it is not great for our knobby tires, should make the climb to 9000′ a bit easier. Or, at least, that is our hope.

Check out this photo album to see how diverse Mexico’s landscape really is. 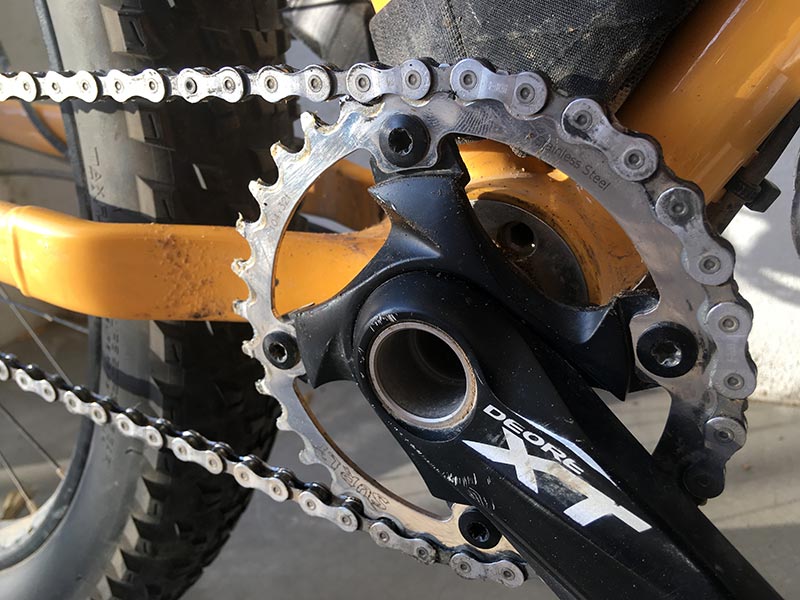 It seemed as if the only productive thing I did yesterday was to clean and lube my bike chain!