Enough of the romantic BS!

You’ve all likely heard it. You might have even said it. “Any day on a boat is better than a day on land.” That, my friends, is a complete load of crap! Whoever first coined that saying had either never been on a boat in anything other than ideal conditions or led a very pathetic life on land. Believe me, as I hand steered our boat during my watches last night, I had more than enough time to think about this.

Having confirmed the weather from multiple sources, we didn’t really have high hopes for the passage from Trinidad to Union Island. We knew that the wind was likely going to be a bit too north to sail and that the ride was going to be bumpy. In spite of that, we opted to go anyway.

Although we didn’t plan on the squalls, they are always a possibility. The auto pilot not working was unexpected and that definitely made matters a lot worse as, from 8:00 PM on, one of us had to be glued to the helm. With a ride not unlike a cowboy bar’s mechanical bull, it’s no wonder our boat looked like a disaster area this morning. And the fact that I felt queazy for 85% of the trip was pretty much the straw that broke the camels back. Do you know what the only guaranteed cure for sea sickness is? To sit under a tree. Yes, it’s true, and that would be a tree on land, not on a boat at sea! Ask anyone who is seasick about their thoughts on this subject!

If my saying all this turns you off of living on a boat, it was never meant to be. Seriously! The real cruisers know that there will be some crappy days on the water but it’s a price that we’re all willing to pay. The people who never actually sail anywhere can continue to quote their romantic nonsense. They had just better not do it around me or they’ll almost assuredly get an earful.

As for the passage, we made it, of which I had little doubt, even during the moonless nighttime squalls with 30+ knots and driving rain. We are safely anchor down in Ashton Harbor, Union Island and the clean blue water is just as it was the last time we were here… perfect! Good thing cruisers have a very short memory or it’s likely that we’d never sail anywhere again. 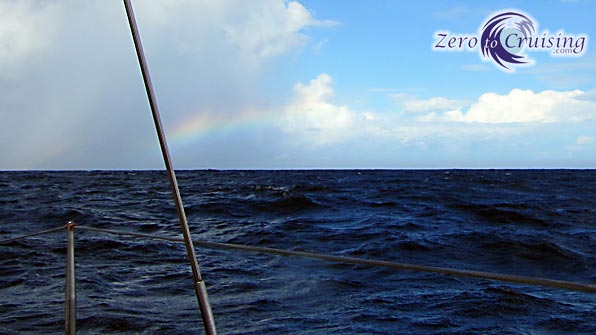 We began the passage with a double rainbow… 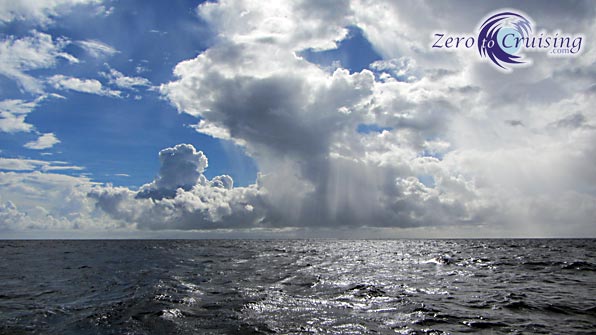 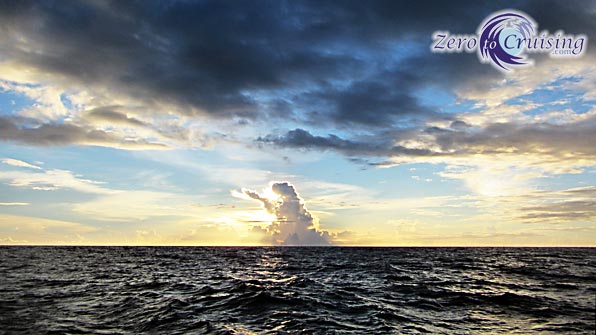 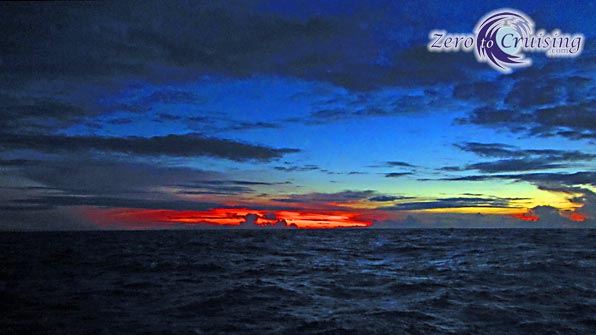 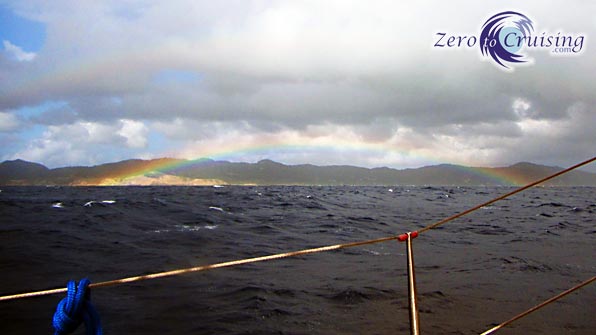 …and ended with a double rainbow.