From Luperon to Boqueron, Puerto Rico, it is 246 nautical miles, if one was to follow the straightest path possible. It is this trip that we hope to embark on later today. Challenges abound though. To begin, the initial path we need to take along the northern Dominican Republic coast is east. Guess where the trade winds blow from? East. And even at times when the winds elsewhere are NE or SE, we have heard that the winds almost always parallel the coast due to the effect of huge land mass. Translation… wind on the nose.

Challenge two is that there are very few safe havens along the northern DR coast if we were to determine that it’s too ugly out there for us. There is Samana, which is still a long way from Luperon, but if at all possible, we’d rather head directly to PR.

Challenge 3 is the Mona Passage. Strong currents, shoals that kick up large seas and frequent thunderstorms from Puerto Rico all stand in our way. So as it stands, we think this is pretty much the toughest step remaining between where we currently sit and our long-term destination of Grenada. 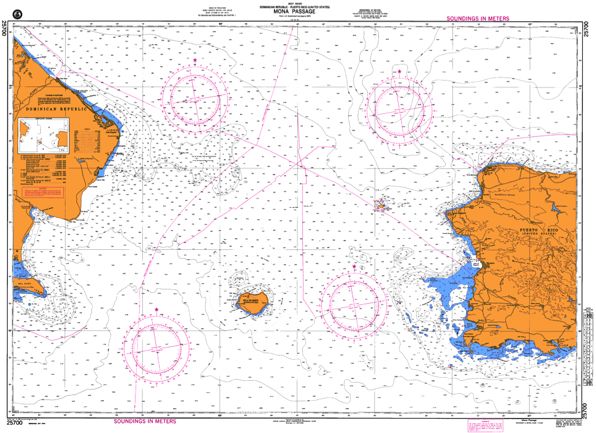 The infamous “Mona Passage,” DR on the left and PR on the right.

The weather forecast, as you can imagine, is of great interest to sailors looking to make this trip. We have heard that tomorrow, and continuing for the next several days, the gradient winds are going to lay down. Additionally, the “lee effect” of the island tends to lessen the winds throughout the night. For this reason, we are looking to depart Luperon early tonight to make our run. Of the 4 boats that crossed to the DR with us, I believe that 3 of them will be heading out as well. We have really only been in contact with Top of the World though and will likely be traveling with them. 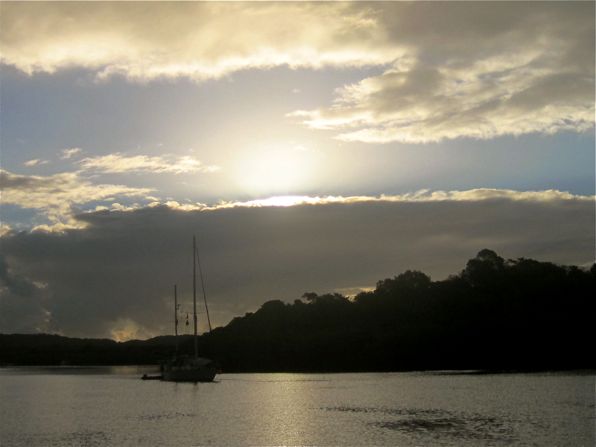 “Top of the World” in this morning’s calm.

Passage preparations? Fuel tanks and jerry cans have been topped up. Food will be prepped in advance to limit any on-the-way cooking. And lastly, we need to get our despacho, our clearance out from the officials at Luperon. Typically this needs to be done just before you leave but we took a stab at getting it yesterday. It looked as though we had it all organized too as the forms were filled out and then stamped by the man in charge at the Navy office. At the last minute though he told us to come back today and get it an hour or so before we leave. Oh well. 🙂 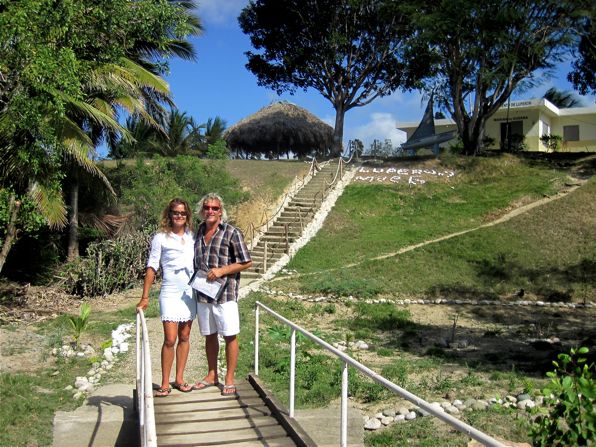 Dressed in our “Sunday Best” we went in search of our “despacho”.
No luck yesterday though. Let’s hope today is better. 🙂

I probably don’t need to say this but once we take off, there will be no updates on the blog for a few days. We’ll make sure to turn our Spot tracker on though so you can follow along as we travel if you are so inclined.

ZTC vs. the volcano