Don’t shout out the answer!

I enjoy puzzles, including, yes, that ultimate time waster, Candy Crush. That’s probably why I have a love-hate relationship with repair jobs on the boat. Especially ones that require me to learn something in order to solve them. 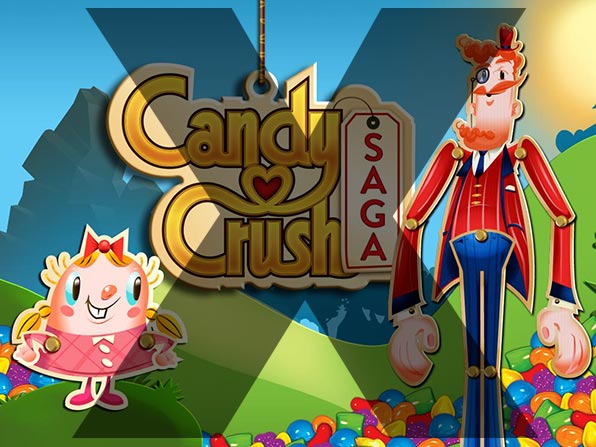 Today I spent a couple of hours troubleshooting our generator’s non-functioning temperature gauge. I can’t actually recall if it has ever worked but if it did, it definitely hasn’t been for a long time. I have been especially interested in this since I replaced the generator’s exhaust elbow, and removed the bits of impeller that I found in the heat exchanger. With those repairs completed, and cooling water flow increased, one could assume that the gen set would be running cooler. Without a working gauge though, that’s difficult to prove.

Both Rebecca and One Love’s owner Michael have learned that I hate having people start calling out suggestions to me when I first begin troubleshooting something. They have learned to just leave me alone, and I really appreciate that. Like a puzzle, I can’t stand having someone tell me the answer until I’ve really reached an impasse. If I want or need help, I’ll definitely ask for it.

Of course, the above only applies if you’re within earshot of me when I’m working on a problem. When it comes to this blog, feel free to throw out your suggestions. I can always decided when I want to read them. 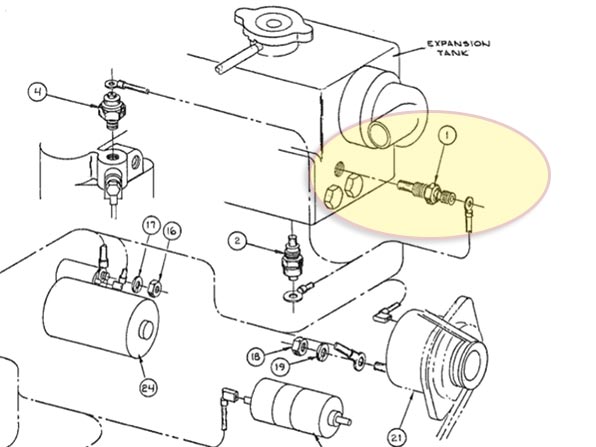 The temperature sender screws into the expansion tank.

I’ve learned that the temperature gauge by our electrical panel works much like the fuel gauges that I played with some time ago. There is a temperature sender screwed into the expansion chamber (see diagram above) which, when heated by the water flowing by it, changes resistance. This change in electrical resistance affects what the gauge reads*. Thinking that the likely culprit was the sender, I replaced that today. Unfortunately, I still didn’t get the gauge to function as it should. Fortunately, that sender was not an expensive part! That leaves either the gauge that is not working, or a messed up wire between the sender and the gauge. As both ends of the wire look to be in good shape, I am now working under the assumption that the gauge is messed up. I should have a replacement tomorrow to prove my hypothesis. We’ll know then for sure. 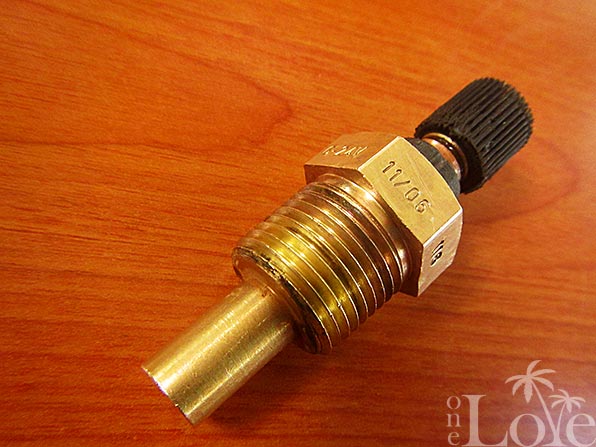 The old temperature sender looks almost new after I cleaned it!

*After I replaced the sender with a new one, I tested the one that I took out (photo above). By placing the leads of an ohmmeter on it, and heating the end with a lighter, I was able to see the resistance drop as the temperature increased.

No sink, no water