“I love it when a plan comes together.” – Colonel John “Hannibal” Smith – The A-Team

If there was ever an appropriate time for us to voice the above quote it was after yesterday’s sail to Carriacou. After picking up our hashing buddies, Mike (hash name: Softwood) and Jackie, off the beach in St. George’s, the four of us motored out of the anchorage in very calm conditions. We expected those light winds though and in fact, many of our friends held off from heading to Carriacou yesterday, waiting until today for what they believed would be more favorable conditions. But, as often happens, once we entered the gap between Grenada and Carriacou, the winds were a fair bit stronger than were forecast and thus we had a beautiful sail.

As we neared the site of Kick ‘Em Jenny, the underwater volcano which lies west of Ronde Island and Diamond Rock, a huge pod of dolphins came out to play in our bow wake. We’re all pretty sure they must have been Rastafarian dolphins because they arrived just after we turned on the Bob Marley music! 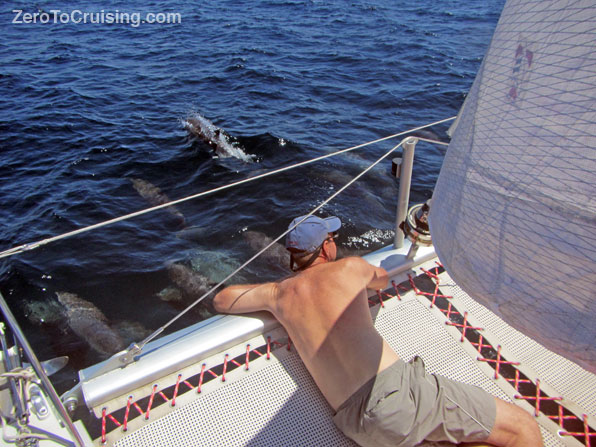 Softwood attempting to talk to the dolphins.
They listened to him about as much as the hashers do before a run.

The dolphins gave us an amazing show! 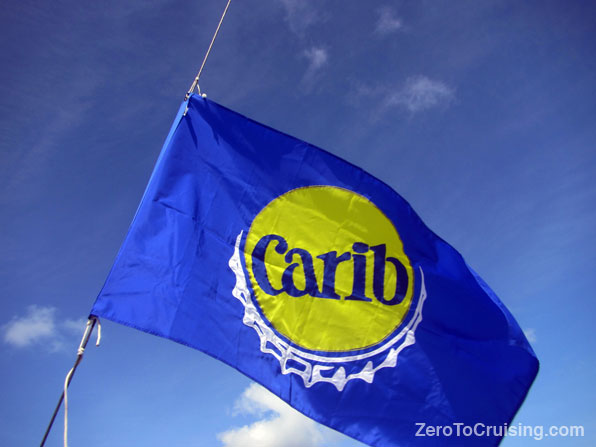 The fair winds and sunshine held out for the remainder of the trip to Hillsborough and after setting our anchor, the four of us headed to shore to scope out the venue for today’s Hash Lime (party). Later this morning we’re expecting the first wave of hashers to descend upon Carriacou. It looks like we’re all going to have an incredible weekend! 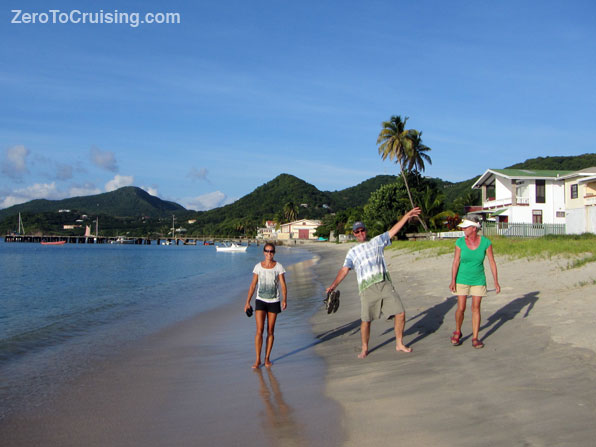 In Hillsborough, searching for the bar where today’s Hash Lime will be held. 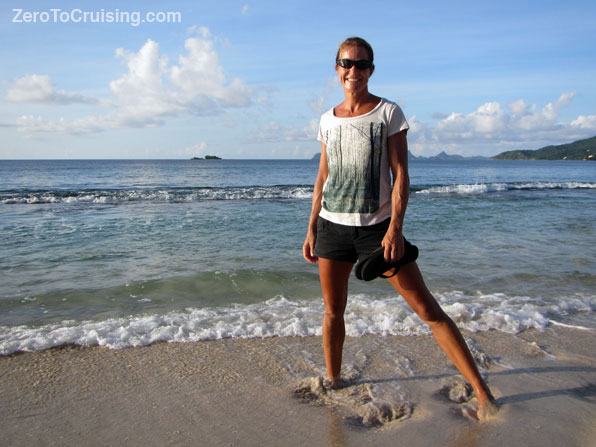 The sun is setting on a beautiful day. 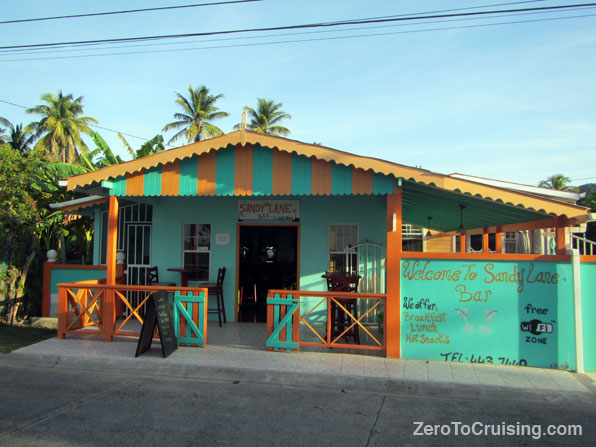 We found it… The Sandy Lane Bar!
What a cool place, with tables extending right out onto the beach. 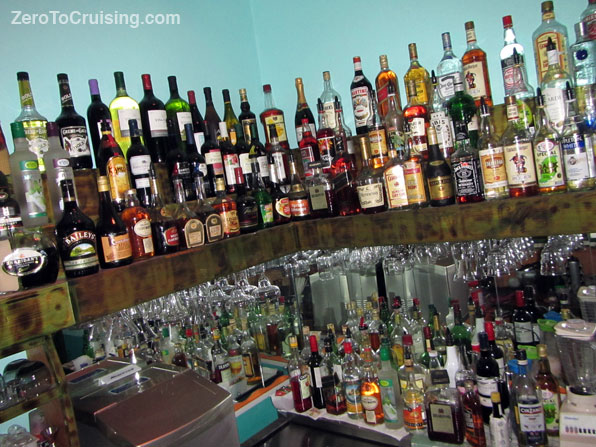 Look out hashers… it also has the best-stocked bar that we have seen in ages.
Too bad Rebecca and I are still “on the wagon.” 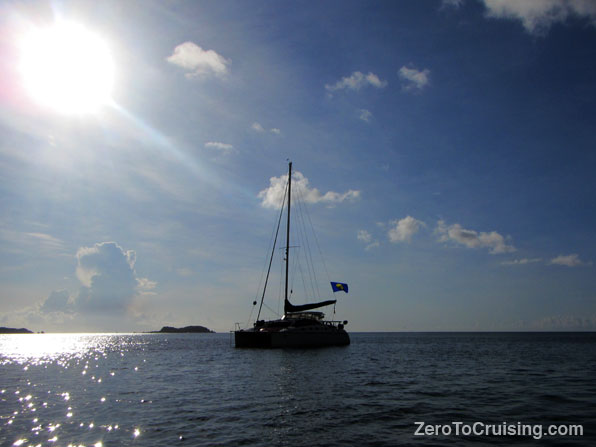 I wonder if the ocean misses us?