When it comes to docking, I believe that there are four kinds of boaters:

While initially cruising on ZTC, we found ourselves primarily in the first category of boaters. We hardly ever went into marinas, and when we did have to purchase gasoline or water from a dock, we found ourselves doing so using jerry cans via the dinghy. When we were running charters in the Virgins though, we were definitely in last category. We routinely tied up to various docks in both the US, and the British Virgin Islands. Today’s quick tip relates to those in the last category. 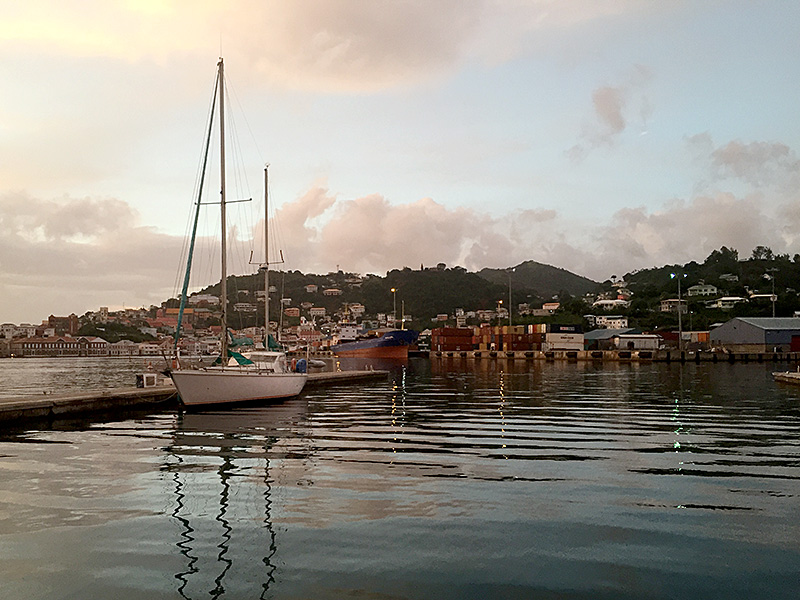 Yesterday, Rebecca and I docked at Secret Harbor Marina to top off our water tank (we presently have our watermaker pickled). This is the second time we have done so since returning to Grenada, and we were once again reminded of an idea that we had when we were chartering up island. As each dock is of a different height, and may also have some unique features, we came up with the idea to record this info so that we’d know at what height to set our fenders, and also anything else that we should watch out for (a strong cross current, for example, or a sharp object on the dock to avoid). Why record this info? Simply because it’s difficult to remember, and having your fenders set wrong adds a complication to a situation that is already stressful for many (most) boaters.

Another day that started off well

One good deed deserves another