In a recent Facebook discussion about which boat to buy, I posed the question to a couple of our friends “Does everyone need a Bluewater boat?”

The thread diverged into the typical monohull vs. catamaran stuff, and a friend brought up the argument about catamarans flipping in big waves. That really related to my initial question/statement though. I then wrote…

“This is really the point of my original post. I have been cruising in the Caribbean for over 2 years now. While I have met many people who have crossed oceans, some multiple times, the vast majority have no desire to. So, unless these people are idiots who don’t know how to check the weather, they will not end up in “the perfect storm.” The 40′ following seas that people fantasize about battling don’t occur down here. If you want a boat with tiny ports and a super deep, protected cockpit, recognize that you will not have a boat that is super comfortable at anchor in the tropics. Decisions, decisions.”

I will admit to initially being in Bluewater Boat camp. I had read those stories and watched those movies, the ones where the salty Captain went head-to-head with Mother Nature in a gale, far out to sea. If those tales don’t scare the crap out of you, and if you’re smart they should, they probably feed your dreams (or nightmares).

In the same discussion another friend commented that “Every boat is a Bluewater boat… it’s all about the Captain!” I disagree. While just about every type of boat could cross an ocean, that does not mean that they were designed for it. Some vessels were only built to sail in sheltered waters while others were made for cruising comfortably up and down the coasts. Certain boats though were designed specifically with ocean crossing in mind.

What makes a boat suitable for ocean crossing? I don’t think I’m really qualified to judge that. Is our boat a Bluewater Boat? Most would say no although I honestly do believe it would do the job just fine. If you want to read about boat designs, especially ones which you won’t have to take out a second or third mortgage to buy, check out our friend’s blog Boat Bits. He posts a lot of great info on that very subject. 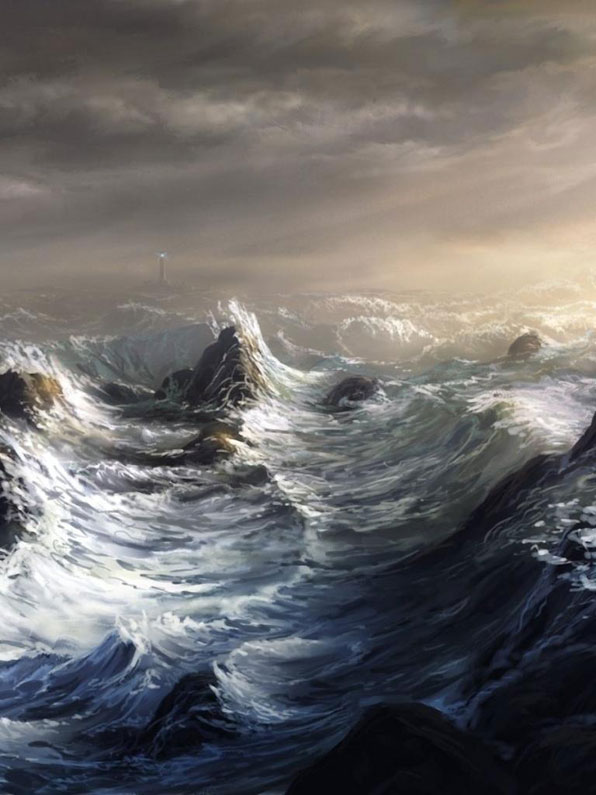 A message from Down Under

What do you prefer?

Every catamaran should have one of these lift bags!