Do you have a backup steering plan?

In spite of the issues that we had, and my initial fears, I don’t think there’s much risk of us losing our rudder. In the research that I have done, I haven’t found any reports of an Amel’s skeg-hung rudder falling off. Of course, anything could happen (whale???), which is why having an alternate method of steering, or at least a plan on how to make it work, seems to be prudent.

I’ve read in several places that some sort of drag device, either a purpose-built drogue or an improvised one, can be used to steer the boat in an emergency. With one towed behind the vessel on a bridle, with lines led to cockpit winches, the boat can be turned to starboard by trimming in the starboard line and easing its counterpart. The opposite would be done to turn the boat to port. Of course, this is all theory for me as I’ve never actually tried it. Have you?

I recently came across a link for a product called Oceansteer, marketed as an emergency steering system for yachts. It looks pretty good. 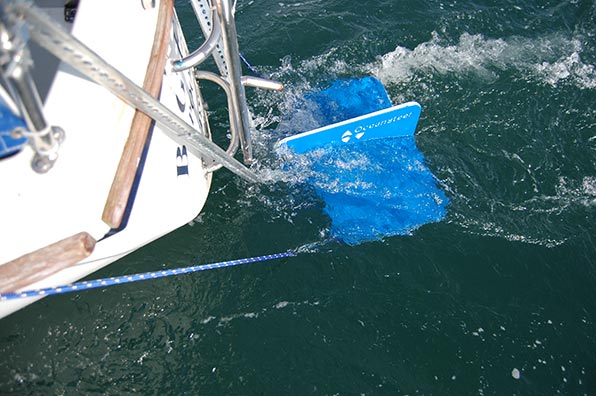 In unrelated news, I just read this in my morning weather email:

“Confidence is high that Patricia will make landfall along the coast of SW MX as an extremely dangerous cat 5 hurricane this afternoon or evening.  Catastrophic storm surge possible near & to the E of where the center makes landfall.  Patricia is currently 169 miles SSW of Manzanillo, moving NNW.  It has HHs measured winds of 200mph & a central pressure of 880mb.  Patricia is the strongest eastern N Pacific hurricane on record – and is going to be awful trouble for MX – a beautiful part of the country that I spent considerable time at in years gone by.” 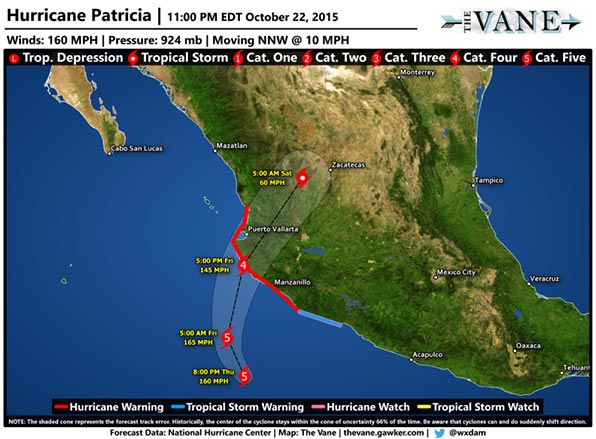 There is only today!

We now know where we are!